The Autorité de la concurrence’s core function is to prevent and repress anticompetitive practices, which can have a considerable impact on the economy.

It works every day to ensure that market competition functions properly, thereby protecting consumers and businesses. This delivers lower prices, greater diversity of products and services, and an assurance for economic stakeholders that they can compete on their own merits on a level playing field.

Who can make a referral to the Autorité de la concurrence?

When economic stakeholders are in breach of competition law, a referral can be made to the Autorité by:

The Autorité can also decide to start proceedings ex officio.

An anticompetitive agreement is characterised by collusion between several companies that decide to adopt similar practices and behaviour instead of developing independent commercial strategies. This collusion, which distorts market competition, is prohibited.

These agreements can take various forms. Here are some examples:

The Autorité operates a leniency programme so that it can effectively detect anticompetitive agreements, and especially cartels. This programme means that, at any time, a company can report that it is part of a cartel; in exchange it can benefit from total or partial immunity from fines. The programme has enabled many cartels involving everyday products to be dismantled, for example:

In total, nearly 70 % of the market was affected. As an example, the jointly agreed price increase was 50 euros for products costing more than 400 euros.

Abuse of a dominant position

Unlike anticompetitive agreements, which are bilateral or multilateral, abuses of a dominant position are unilateral practices on the part of a single operator, which uses its dominant position in a market to foreclose the market, exclude competitors or prevent the arrival of new entrants.

Abuses of a dominant position can take different forms:

The Autorité often has to impose fines on practices by pharmaceutical companies that hinder the development of generic medicines. In December 2017, it handed out a fine of 25 million euros to Janssen-Cilag and its parent company Johnson & Johnson for having first prevented then restricted the development of a generic version of Durogesic (an analgesic) by means of a massive smear campaign conducted among healthcare professionals. These practices led to a loss of income for the generic medicinal product laboratories in a context marked by chronic deficits in their corporate accounts.
For more details, see the press release

When faced with a situation requiring rapid intervention, the Autorité de la concurrence may order interim measures pending its decision on the merits of a case, where there is a serious and immediate risk to the interests of an economic sector or company.

By ordering interim measures, the Autorité can prevent any practices likely to be anticompetitive from causing serious harm to competition or to the company which is the victim, while an investigation takes place.

Since the transposition of the ECN+ Directive in 2021, the Autorité now has the possibility of filing an action on its own initiative to impose interim measures, no longer simply following a request made by a company, incidentally to an application on the merits. This new opportunity allows it to act without delay, on its own initiative, when it becomes aware of conduct that could harm competition.

What penalties can be expected for anticompetitive agreements or abuses of a dominant position?

The penalties imposed by the Autorité have two aims: to penalise the behaviour of the company in question and to deter other companies from engaging in similar practices.

Where it finds that competition rules have been breached, the Autorité can hand out fines and/or issue injunctions.
Each fine handed out by the Autorité is determined on the basis of specific details related to the case and the individual situation of each offender.

10% of a company’s global turnover
This is how much a fine can be for breaches of competition law (French Commercial Code (Code de Commerce)).
Enough to make economic stakeholders think seriously!

To calculate the amount of a fine, the Autorité first decides a basic amount for each company or body that breached the rules. This amount is based a number of criteria, such as the size of the affected market, the seriousness of the actions and the duration of the practices.

Then the amount of the fine is adjusted upwards or downwards based on the individual situation of each company or body that breached the rules. The Autorité can adjust the fine to take account of financial difficulties within the company or whether it belongs to a large group. The Autorité can also take extenuating or aggravating circumstances into account (such as recurrence).

To give companies greater clarity, in 2011 the Autorité adopted some guidelines, revised in 2021, which set out the methodology that the Autorité follows when imposing a fine.

The fines imposed by the Autorité between 2009 and 2021 amount to over 8 billion euros. These fines are paid to the State and go into the general budget, so they help to fund public spending (on schools, the legal system, hospitals, etc.).

The increase in actions for damages

In a decision of 10 February 2021, the Commercial Court of Paris granted damages to a company that was a victim of Google's practices, based on Decision 19-D-26 of the Autorité, which had fined Google 150 million euros for enacting opaque listing rules on its Adwords service. The Court ordered Google to pay the victim company the amount of €1,010,532.23 plus €3,598.98 per day from 1 December 2020 until the date of the judgment notification.

The Cour d’appel de Paris (Paris Court of Appeal) also issued several important decrees. Following the decision 09-D-36 of 9 December 2009, which fined Orange Caraïbe and France Télécom for abuse of a dominant position, in a decree of 17 June 2020 it ordered France Télécom to pay a company that had suffered from the practices the amounts of 173.64 million euros in lost profits, with interest, and 737,500 euros, with interest, as redress for the additional costs caused by one of the practices.
Following Decision 15-D-03 of 11 March 2015 that fined an agreement between the producers of dairy products, the Court of Appeal, in a decree of 24 November 2021, also granted the respective amounts of 2,044,220 euros and 332,780 euros to two distributors. In a Decree of 23 February 2022, it granted the victim of exclusionary abuse fined by the Autorité in its Decision 14-D-02 of 20 February 2014 (sporting press sector), the amount of 1,690,177 euros in lost profits, with interest at the legal rate.

On 20 October 2021, the Administrative Court of Strasbourg fined the members of an agreement in the school bus transport sector in the Bas-Rhin region to pay the local and regional public authorities the amount of 2,022,366 euros, with interest.

- On 22 January 2022, the Administrative Court of Appeal of Nantes ruled on a request for provision relating to compensation for a victim of an agreement on public procurement contracts, following Decision 11-D-07 of 24 February 2011 on the practices implemented in the sector of painting services for metal infrastructures. The Court increased the provision to be applied for future compensation to 280,000 euros.

In a Decision of 27 April 2021, the French Administrative Supreme Court (Conseil d’Etat) ruled on an action for damages concerning the vertical road signs cartel. It upheld the decree of the Administrative Court of Appeal, which had ordered one of the companies in the agreement to pay the local and regional public authorities the amount of 4,121,124 euros.

The Autorité can order the perpetrator of anticompetitive practices to cease those practices or change their behaviour to comply with competition law (by amending a clause in general conditions of sale, a contract, etc.).

If it fails to comply with an injunction, the Autorité can hand out a fine.

The Autorité has the power to order the publication in the press of a summary of the decision. The purpose of this is to alert companies in the sector and/or the general public to the harmful nature of the unlawful behaviour.

When a body or company does not contest the stated objections, the Autorité’s General Rapporteur can propose a settlement fixing the maximum and minimum fine that can be handed out. This makes it easier for companies to predict their financial risk.

The settlement procedure, which replaced the old no contest of objections procedure in 2015, is already widely appreciated by companies.

Settlement has many advantages. For companies, it means a procedure can be completed more quickly, saves procedural costs and can lead to a substantial reduction in fines. For the Autorité, the use of the settlement procedure means that certain procedures can be closed more quickly, freeing up resources for other cases.

The procedure has met with growing success and was used in particular in the EDF case, in the Google (News Corp) case, in the floor coverings cartel case, in the Engie case, and in a case concerning exclusive import contracts in overseas territories.

To quickly restore competition, the Autorité has an alternative to litigation: the commitment procedure.

Following a preliminary evaluation by the Autorité’s Investigation Services, the company can propose commitments to the Autorité that would address its competition concerns.

After running a market test (the proposed commitments are published on its website for consultation, to gather comments from interested third parties), the Autorité can accept them, sometimes after seeking certain adjustments, and close the case.

This procedure benefits everyone. The market is the primary beneficiary, because this procedure means that certain situations can be resolved much sooner. It also means the Autorité avoids the burden of a litigation investigation and it frees up resources for other cases. Finally, the company avoids being found in breach of the law and risking a fine.

A few examples of the procedure: 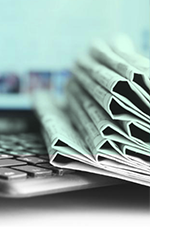 Remuneration of related rights by Google

The Autorité accepted Google's commitments to create a framework for negotiation and sharing the information necessary for a transparent assessment of the remuneration of related rights and made these commitments binding. 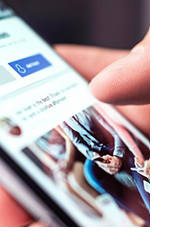 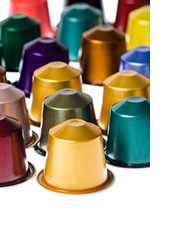 The Autorité obtained commitments from Nespresso that would enable other manufacturers to develop in the market and sell pods compatible with its machines. 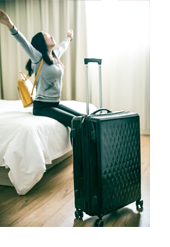 Booking.com made commitments in 2015 to restore competition between booking platforms and give hotels greater commercial and pricing freedom.

Other categories of decision by the Autorité

The Autorité can hand out periodic penalty payments to force a party to submit documents or attend meetings during an investigation. It can also apply penalties for any attempt to obstruct investigations by handing out a fine to the company, which cannot exceed 1% of the highest global pre-tax turnover achieved in one of the most recent financial years that has ended.

Obstructing an investigation: an unwise strategy

On several occasions the Autorité has had to penalise obstructive behaviour by companies.

An appeal for annulment or review may be brought within one month at the Paris Court of Appeal (cour d’appel de Paris) against the Autorité’s decisions.

Appeals are non-suspensive. The companies sanctioned must pay the fine handed out to them. In some cases, the first president of the Paris Court of Appeal may order a stay of execution if he or she believes that the decision would have excessive consequences or if new facts have come to light.
A reimbursement system exists in case the Court of Appeal’s decision is different from the Autorité’s decision.

The Court of Appeal’s ruling may in turn be appealed against before the French Supreme Court (cour de cassation) within one month of notification. This appeal is non-suspensive. The Autorité de la concurrence’s President may appeal to the Supreme Court against the ruling by the Paris Court of Appeal that annulled or reviewed a decision by the Autorité.

The Minister for the Economy may appeal to the French Supreme Court, even if he or she did not bring the main or supplementary appeal before the Court of Appeal.

If a request for urgent interim measures has been made to the Autorité, its decision may be appealed against within ten days maximum of its notification. In this case, the Paris Court of Appeal rules within one month.

All litigation related to mergers (failing to notify a merger, gun jumping, non-compliance with commitments made by companies or with injunctions) takes place before the French Administrative Supreme Court (Conseil d’État).