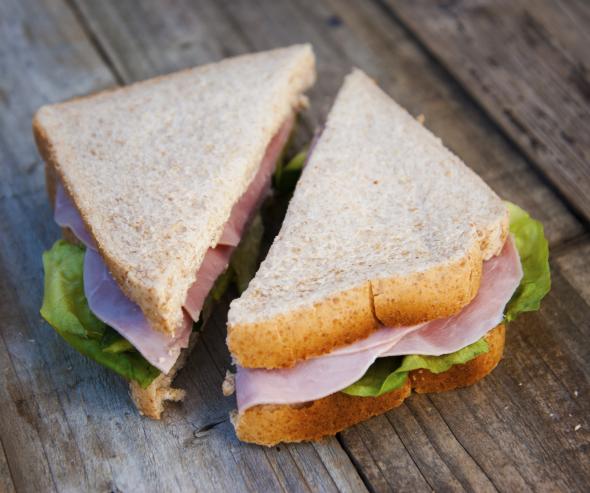 The Autorité de la concurrence fines Roland Monterrat, La Toque Angevine (hereinafter "LTA") and Snacking Services (hereinafter "Daunat"), all three of which manufacture own-brand label sandwiches for mass retail distribution, for having devised and implemented, between September 2010 and September 2016, a plan to share volumes and customers and agree on prices.

This case illustrates the benefit of the leniency procedure

The practices were revealed thanks to the leniency procedure, which allows undertakings that have participated in an anticompetitive agreement to disclose its existence to the Autorité and obtain, under certain conditions, the benefit of a total or partial exemption from financial penalty. In this case, Roland Monterrat was the first company to apply for leniency. The other two companies, LTA and Daunat, also decided to apply for leniency after the investigation services of the Autorité had carried out dawn raids at their premises.  In view of the leniency applications submitted and their contribution to the investigation, the first leniency applicant, Roland Monterrat, was able to escape penalty and receive immunity; the other two companies received reduced penalties, commensurate with the documents and information provided to the investigation.

The companies therefore benefitted from this constructive approach, while at the same time, the Autorité received input into its investigations.

Mass-market food retailers (Carrefour, Casino, Leclerc, Lidl, Système U, etc.), and service stations generally use call for tender procedures to obtain supplies of industrial sandwiches sold under retailer’s own brand labels. It was to respond to these calls for tender that the three manufacturers set up a system of secret consultation enabling them to distort competition.

From "price wars" to "non-aggression pacts"

After a period in 2009-2010 during which the companies competed fiercely on price, each trying to gain market share from the mass retail distribution, the three companies concluded a "non-aggression pact" at the end of 2010 to put an end to what they described as a "price war". This pact was intended to freeze the respective positions of each side.

According to the former CEO of Roland Monterrat, "the non-aggression pact would lead to market sharing as it had been at the end of 2010 and the neutralisation of price-based competition." Daunat explained that the three manufacturers wished to "crystallise the positions of the operators and, at the very least, maintain margins by exchanging strategic and confidential information on the main parameters of retailer’s own-brand label sandwich negotiations with mass-retail distribution."

The sophisticated organisation of price and customer discussions

Discussions took place during "secret and informal" encounters (lunches, dinners, meetings) and, on a more regular basis, during telephone calls or by text messages or emails, sometimes sent to and from non-business email addresses.

In practice, they each sent their draft prices to their competitors by email before responding to calls for tender from mass-market retailers and, to a lesser extent, service stations. The companies then called each other to discuss them and, if necessary, adjust their offers before responding to the retailers.

By way of illustration, an email sent by one of the three companies to its two competitors on 17 September 2012 includes the following statement, "As we are not present in these markets, please let us know if you consider our proposals to be too low."

So as to not arouse the suspicions of the retailers, the members of theanticompetitive agreement submitted cover bids on references for which they had agreed that they should not win the call for tender.

- For example, a text message dated 30 May 2013, sent by one of the companies to its competitor, informed it of a current call for tenders, stating that "it's a sham consultation and we are responding 10/15% above the usual prices."

Furthermore, the working documents used internally relating to the exchanges between the three companies contained references intended to "disguise the terminology used as much as possible, to avoid any risk of the practices being discovered".

For example, the terms "Daunat O" and "Daunat S" referred to the companies LTA and Roland Monterrat respectively, in reference, according to Daunat, to the location of the headquarters of these companies, to the west (ouest) and south (sud) of the Daunat headquarters.

A "leader" was also appointed for each client, so as to better organise the exchanges between the members of the anticompetitive agreement. In addition, following telephone meetings, follow-up tables were often drawn up to group together the quotes given for each of the competitors and each of the references for the various calls for tender.

In addition to the discussions on the awarding of calls for tender, Roland Monterrat, LTA and Daunat also referred on several occasions to the negotiations conducted with the mass-market food retailers concerning changes to prices in the context of contracts in progress.

These practices are very serious in nature. By sharing markets and agreeing on prices, the three main manufacturers of retailer’s own-brand label industrial sandwiches, which account for almost 90% of the market or almost all retailer’s own-brand label sandwich sales, impeded effective competition. This allowed them to raise their prices without fear of retaliation from their competitors.

The secret and relatively sophisticated arrangement remained remarkably stable over time. It continued uninterrupted for almost six years (between September 2010 and September 2016), without any of the participants deviating or attempting to deviate from the agreement. Adherence to practices was such that no retaliatory action was necessary.

Reduced penalties due to the three leniency applications

In light of these factors, the Autorité imposed, taking into account, notably, the leniency applications. Roland Monterrat was exempt from the fine for having brought the existence of the anticompetitive agreement to the attention of the Autorité and cooperating throughout the procedure.

LTA and Daunat, the second and third leniency applicants, were granted fine reductions of 35% and 30% respectively in view of the added value of the information they provided, which made it possible to establish the existence of certain exchanges. Daunat also benefited from the "leniency plus" scheme[1], which involves granting an additional exemption to a second-tier applicant if it provides indisputable evidence of additional facts that have a direct impact on establishing the amount of the financial penalties. This company also received an additional penalty reduction of approximately €5 million, due to the fact that its financial difficulties were taken into account. Finally, companies must publish a summary of the decision in two publications ('LSA' and '60 Millions de Consommateurs'). 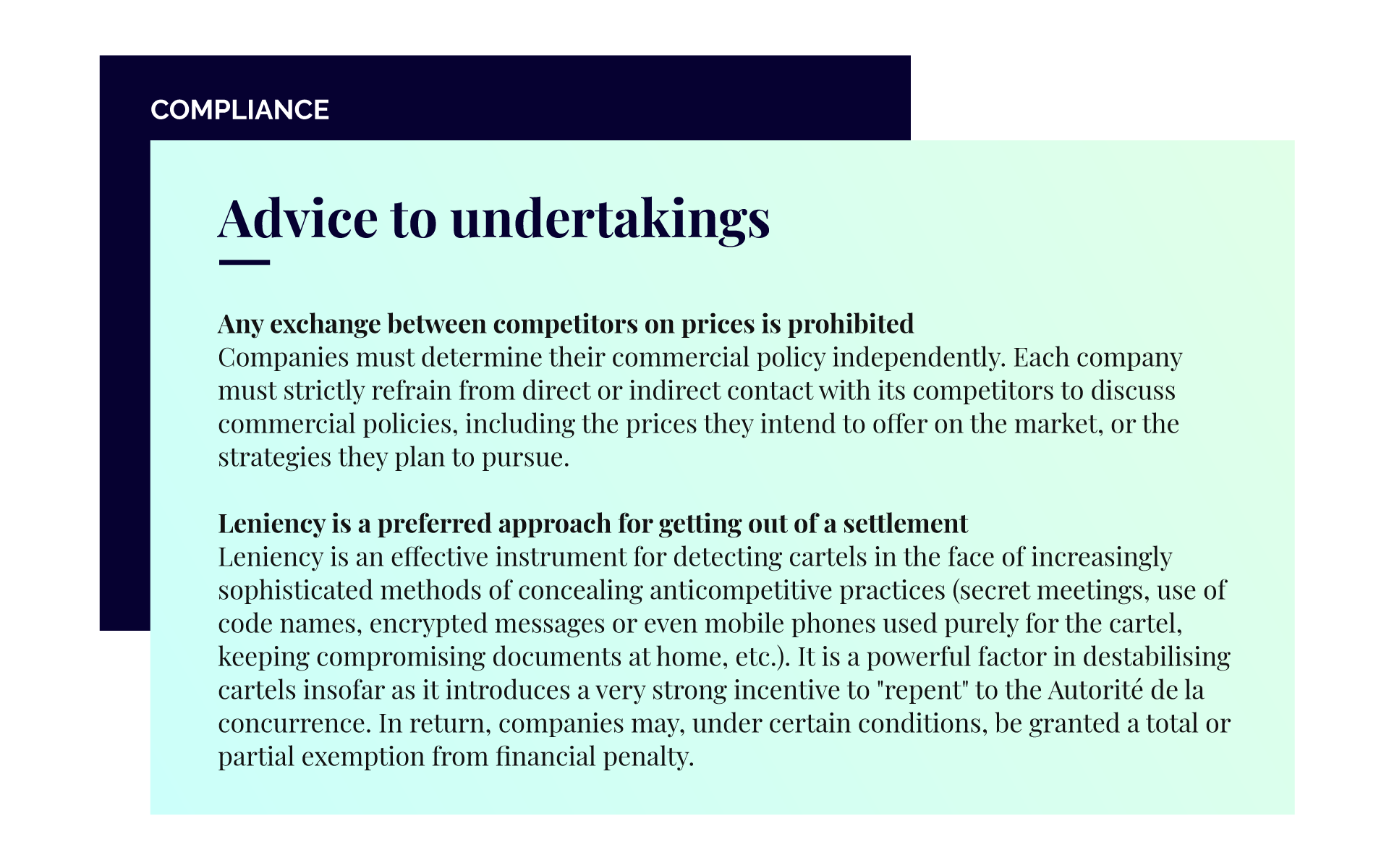