As the market competition watchdog, the Autorité de la concurrence reviews all proposed mergers and acquisitions above a certain size. It thus ensures in advance that these deals will not restrict competition and, if there is a risk to competition, only clears them on condition that appropriate solutions are implemented.

A quick guide to merger control (in French)

What is a merger?

A merger can take several forms. It can mean that two previously independent companies are merging, that a joint venture is being created, or that one company is taking control of another.

What transactions have to be reviewed by the Autorité?

Notification to the French authority

The Autorité de la concurrence does not decide on all mergers that take place in France.

It only reviews transactions above a certain size. That is the case where the following three conditions are met:

Notification to the European Commission

Where the transaction concerns the territory of several Member States and the turnover of the companies concerned is very large (particularly if the global turnover is in excess of 5 billion euros for all parties to the transaction and 250 million euros is generated by at least two of the companies within the EU), the European Commission has jurisdiction. However, it can choose to pass the review to the Autorité de la concurrence if it believes the Autorité is best placed to review the case. This tends to be the case where the transaction will mainly have an effect in France. To date, the European Commission has passed more than twenty cases to the Autorité, including the review of the Colruyt/Metro deal and the review of the creation of a joint venture by the France Télévisions, Métropole Télévision and TF1 groups, named Salto (2019).

For retail and overseas territories, there are special lower thresholds so that the Autorité can examine transactions that would otherwise escape its control.

2700 transactions have been reviewed by the Autorité since 2009

What happens in the event of failure to notify?

Any company that meets the conditions to notify a transaction but fails to refer it to the Autorité risks a fine for failing to notify, as in the case of the Colruyt France SAS/Metro AG deal.

How long does a review take?

If the deal does not pose any major competition issues, the Autorité may clear the transaction unconditionally or subject to conditions at the end of a rapid review known as phase 1 (25 working days maximum).

If doubts remain, following this first review, as to the risk it poses to competition, the Autorité opens an in-depth examination, known as phase 2 (a further 65 working days). 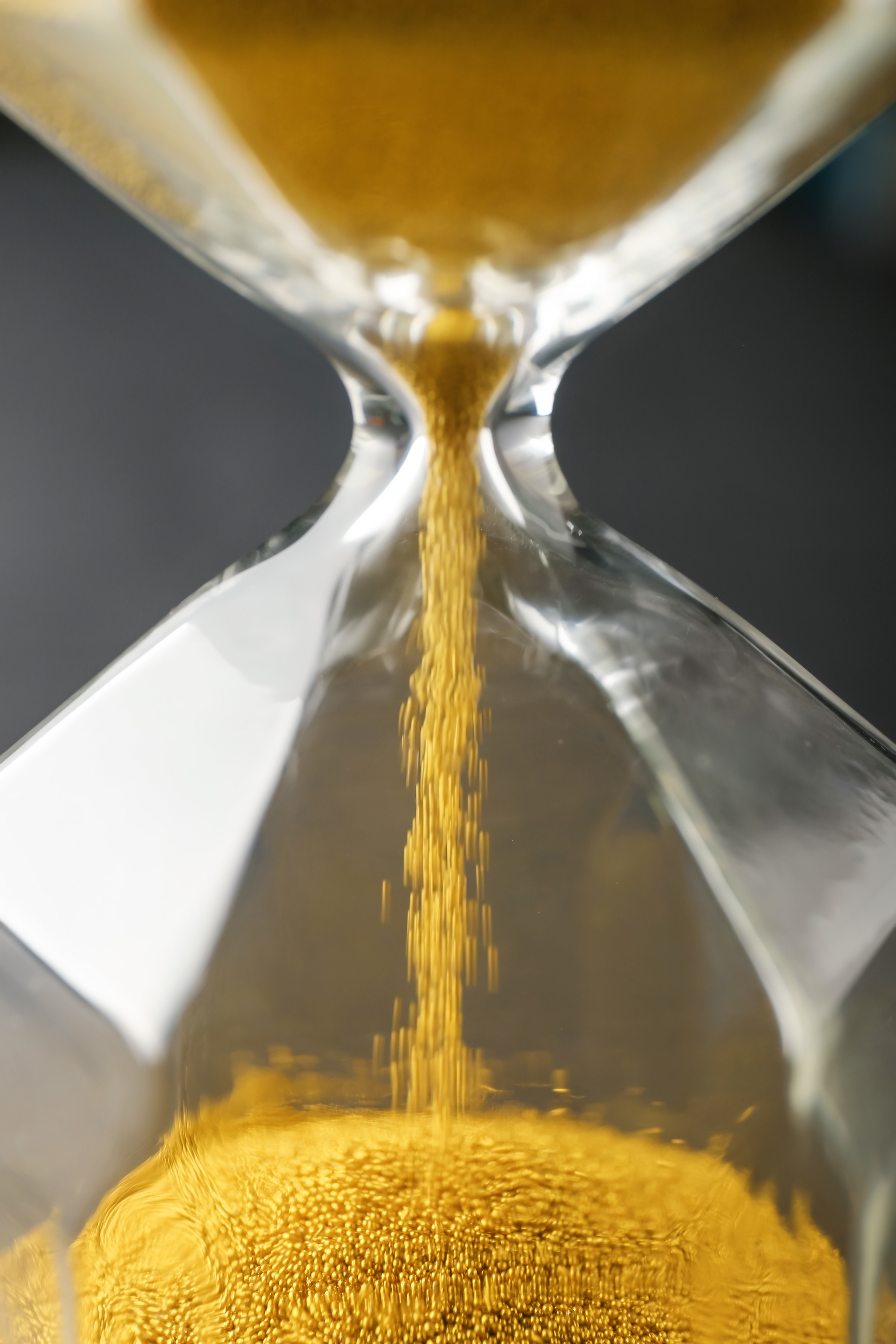 A rapid review in the majority of cases

Most mergers do not pose a problem and are the subject of a simplified procedure that takes approximately 3 weeks (potentially 70% of cases).
Almost all other cases are dealt with in less than 5 weeks (phase 1/simple review). It is only in a very small number of cases (complex cases, identified risks of serious harm to competition) that the Autorité conducts a more detailed examination (phase 2/in-depth examination).

Possible control even under the thresholds: use of Article 22

The European Commission now accepts the referrals by national competition authorities under Article 22 of the EU Merger Regulation of transactions that do not have a European dimension, including those that do not meet the national notification thresholds.

This new approach, which gives full scope to this mechanism, is a response to the requests expressed in particular by the French Autorité to more effectively mobilise the merger control tool at the European level.

The aim is to better control acquisitions of innovative companies in the fields of the digital economy, health or biotech, which can consolidate the market power of already powerful companies or significantly affect competition in the markets concerned.

Following the referral request made by the Autorité de la concurrence, which was joined by several Member States of the European Economic Area (Belgium, Greece, Iceland, Netherlands and Norway), the Commission decided to open a procedure to examine the takeover of Grail by Illumina. The Commission prohibited the transaction in September 2022, as it would have stifled innovation and reduced choice in the emerging market for blood-based early cancer detection tests (European Commission press release).

What different outcomes are possible?

At the end of its review, the Autorité can take 3 decisions: 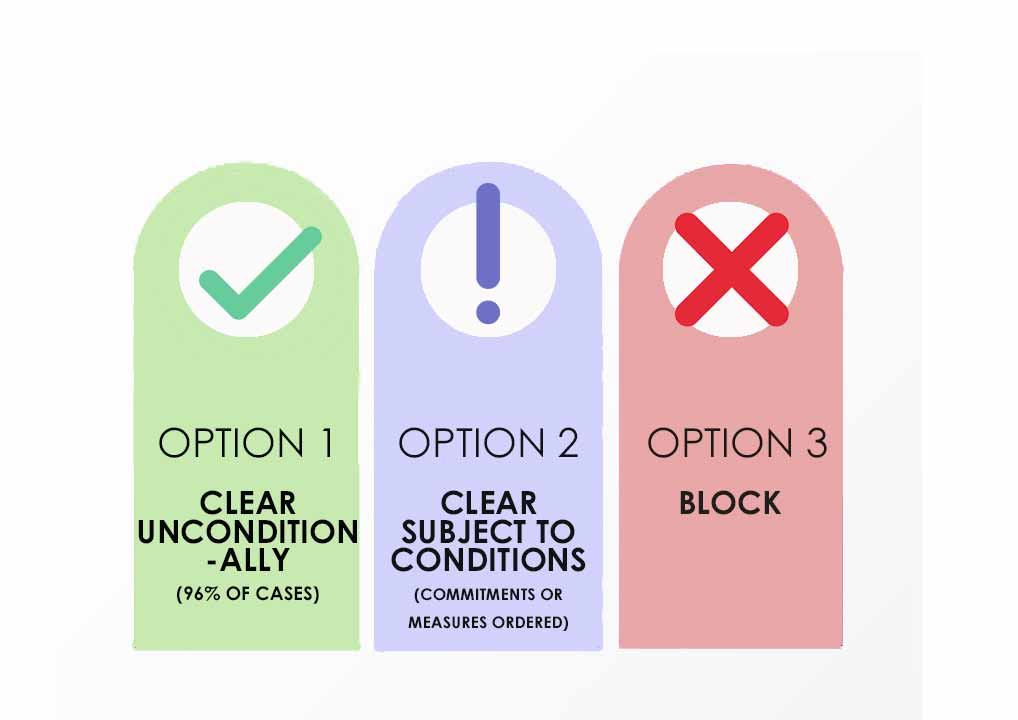 The parties to the transaction must await the Autorité’s final decision. If they start the merger before the Autorité gives the green light (behaviour known as “gun jumping”), they risk a fine. This happened in 2016, when the Altice group was fined for gun jumping on two transactions (acquisition of SFR and of Virgin Mobile).

Where a transaction presents particular difficulties, the Autorité works with the companies to find the most suitable solution to resolve the competition issues and enable the transaction to go ahead.

Commitments can be of two types:

In the event of disagreement with the companies or if the proposed commitments would not address the competition concerns, the Autorité can impose remedies by issuing injunctions.

When remedies appear to be necessary, the Autorité consults the market via questionnaires and meetings/hearings to gather the views of interested third parties (competitors, suppliers, customers) on the solutions envisaged.

Any commitments made or injunctions issued are binding on the company. In the event of non-compliance with these commitments or injunctions, the Autorité can record a breach and withdraw the decision clearing the deal, hand out a fine or order the parties to implement the remedies under a periodic penalty payment.

This is what it did in 2011 when it imposed a fine on Groupe Canal Plus and made it renotify the take-over of TPS.

This was also the purpose of its 2018 decision concerning Fnac Darty (fine and injunction to divest itself of two stores instead of two assets that were originally supposed to have been sold).

Prohibition as a last resort

In certain merger projects, the Autorité may have to prohibit a transaction when the proposed commitments are insufficient or injunctions cannot be issued.

This was the case in the transaction concerning the takeover of Pipeline Méditerranée-Rhône, a 760 km long pipeline network supplying refined products to depots in south-east France (2021) and in the acquisition of joint control of a Géant Casino hypermarket in the Troyenne area by Soditroy and the Association des Centres Distributeurs E. Leclerc (2020)

Faced with the major changes in the payments sector, characterised in particular by the arrival of large digital platforms, the Autorité has conducted an extensive sector-specific inquiry into Fintechs and issued an opinion in which it identified several points of vigilance (2021). The Autorité also started proceedings ex-officio to assess the competitive situation of the cloud computing sector (2022).

Evocation of a case by the Minister of the Economy

Exceptionally, the Minister of the Economy can require a case to be put into phase 2, or “evoke” it, i.e. override the Autorité’s decision by adopting a decision based on public interest reasons other than upholding competition (industrial development, international competitiveness of the companies in question, job creation or protection).

To date this power has been used only once, in the case of the takeover by Cofigéo of certain assets of the Agripole group (William Saurin, Panzani, Garbit) in 2018.

The parties and any interested third parties have two months to appeal against a decision by the Autorité de la concurrence before the French Administrative Supreme Court (Conseil d’État). 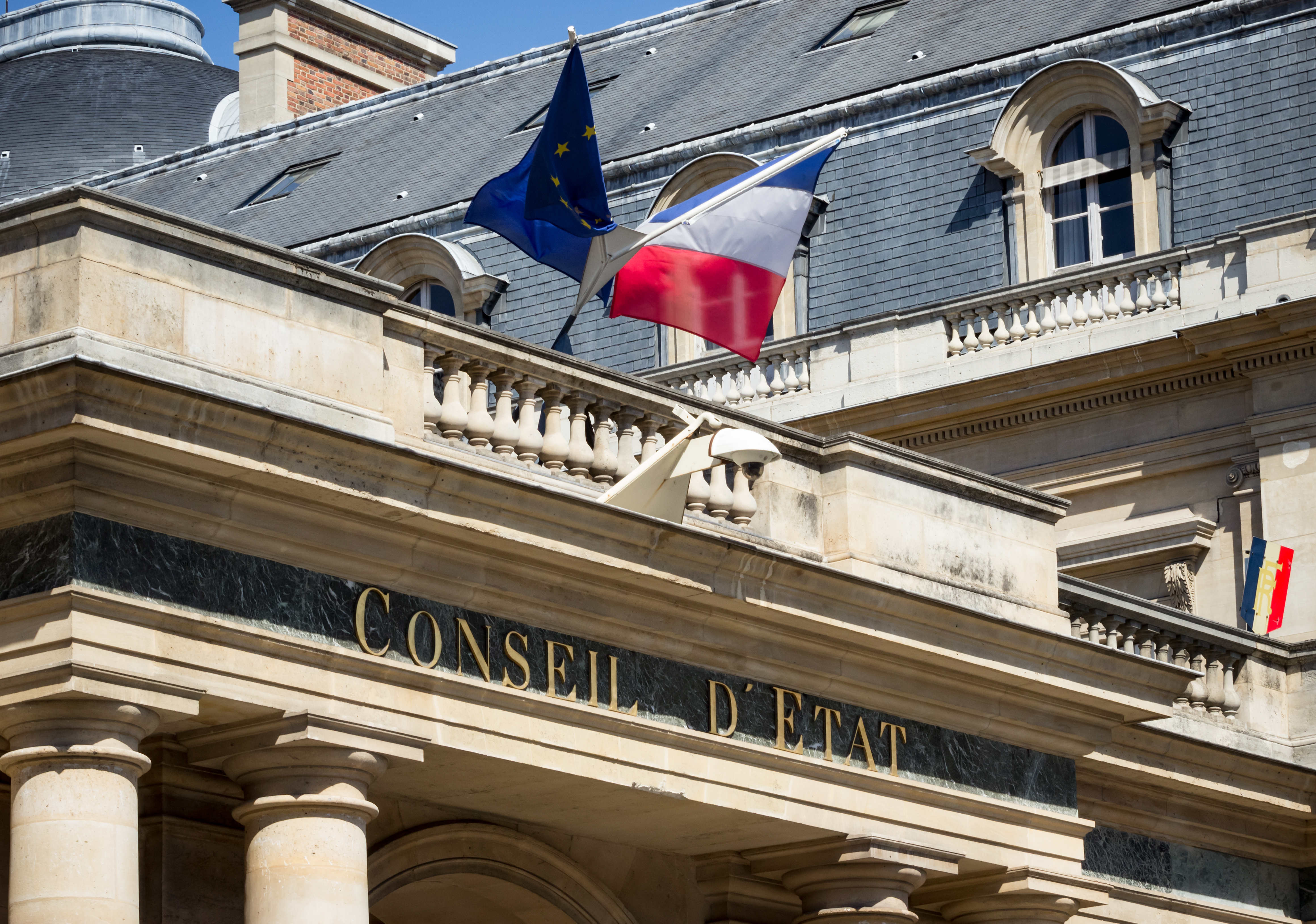