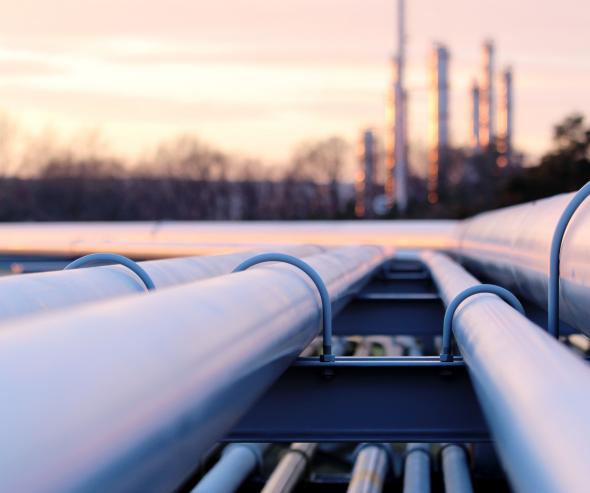 On 14 September 2020, the Ardian group notified its planned acquisition of the Société du Pipeline Méditerranée-Rhône (hereinafter "SPMR"), active in the transport of hydrocarbons by pipeline in France. On 8 December 2020, the Autorité opened an in-depth examination procedure (phase 2) / see press release.

Ardian is a private investment company. Through its holdings, it is notably present in the transport, telecommunications and renewable energies sectors.

The SPMR owns and operates the Mediterranean-Rhône Pipeline (hereinafter, “the PMR”), a 760 km long pipeline network which supplies the depots in the south-east of France with refined products: diesel, gasoline, domestic fuel oil and jet fuel. Each year, the PMR transports around 9 million tonnes of oil. Shipments are made from refineries and depots in the Etang de Berre and Feyzin to oil depots on the Côte d'Azur, the Rhone Valley, the Lyon region and Savoy. They then make it possible to supply service stations, domestic fuel distributors and airports by truck. The connection of the Mediterranean-Rhône Pipeline to the Swiss SAPPRO pipeline also enables the supply of depots in the Geneva region.

PMR is conduct of general interest. The SPMR is subject to control by the public authorities which operates through the intervention of a Government Commissioner, who can "notably oppose any decision of the company contrary to the general energy policy of the government" and of the minister in charge of energy on the initial setting and subsequent modifications of the tariffs for access to pipelines.

The notified transaction consisted of a takeover by the Ardian group of the 5% of the capital shares held in the SPMR by ENI, thus resulting in the acquisition of sole control of the SPMR by Ardian. It led to the fact that, for the first time since its creation in 1968, the majority of the shares in the capital of SPMR and, consequently, the infrastructure, were controlled by a single operator: the Ardian group.

SPMR is present in the market for the transport of refined products by pipeline in the south of France.

Transport by pipeline is not a substitute for transport by train, river boat or truck, in particular to the extent that these means of transport do not allow the transport of volumes as large as those transported by pipeline and do not offer the same guarantees as pipeline transport, particularly in terms of supply, safety and carbon dioxide emissions.

Apart from the PMR, various oil pipelines are present in south of France. These include the common defence pipeline (hereinafter, "ODC") and the South European Pipeline (hereinafter, "PSE"). However, these pipelines do not exert competitive pressure on the PMR and therefore do not constitute an alternative, given, in particular, their particular use (military for the ODC and transport of crude petroleum products for the PSE), and of their route, which only partially overlaps that of the PMR and serves different depots.

Competitive risks identified by the Autorité

The Autorité considered that the PMR could be qualified as essential infrastructure.

In fact, the PMR is in a de facto monopoly position on the market for the transport of refined petroleum products by pipelines in the south of France.

In addition, it is an essential infrastructure for customers, other modes of transport (rail, road and river) of refined petroleum products do not constitute a credible alternative to the transport services offered by the PMR.

Finally, the PMR is an infrastructure that cannot be duplicated by a competitor, given the high amount of investment required for the creation of an oil pipeline and the regulatory constraints of the licensing regime.

Prior to the transaction, the shareholding of the SPMR was fragmented, so that none of the shareholders could make the strategic decisions relating to the PMR on their own. This splitting up of the shareholding forced the shareholders to find a compromise, which was illustrated in particular in the annual discussions relating to the fixing of the PMR’s transport prices. The level of increases proposed by the SPMR could be revised downwards, in particular following the interventions of shareholder-users who use the PMR to transport their products and thus have no interest in the maximum price increases.

The transaction would thus have allowed Ardian to decide on its own the commercial policy of the PMR and thus the price level. Ardian, who is not a user, would have had an interest in increasing prices more significantly, by making full use of the PMR's monopoly situation. In the same vein, to maximise its profits, Ardian could have decided to degrade the quality of services offered by the PMR or limit investments.

The Autorité noted that the Government Commissioner and the Minister in charge of energy currently exercise real control over the SPMR, but which is limited, for the most part, to the field of energy policy and continuity of petroleum products of supply of the French territory.

Consequently, the Autorité considered that the control exercised by the State over the decisions of the SPMR was not sufficient to rule out the risk of harm to competition, in this case that Ardian could, after the transaction, use the market power held by the SPMR on the market for the transport of refined petroleum products by pipelines in the south of France.

Competitive risks which are not offset by efficiency gains

Ardian has not demonstrated that the notified transaction is likely to generate efficiency gains that would offset the anticompetitive effects of the transaction.

Ardian offered various commitments which the Autorité, however, considered were unable to address the competitive risks identified.

The Autorité also noted the impossibility of issuing injunctions, whether of a structural or behavioural nature.

With regard to issuing behavioural injunctions, the Autorité considered that, to the extent that the PMR constitutes a monopoly infrastructure and where the scope of control currently exercised by public authorities does not integrate competition concerns, only injunctions akin to an exercised control by a sectoral regulatory authority could be of a nature to effectively respond to the concerns generated by the behaviour of the new entity. However, a behavioural injunction cannot replace a regulation establishing ex ante sectoral control.

Since no suitable corrective measure could be envisaged in the form of injunctions or commitments, the Autorité decided to block the transaction.

As a reminder, in a previous transaction concerning oil pipelines, Pisto, a company specialising in the storage of petroleum products, intended to take exclusive control of Trapil, the main transport company for refined products (gasoline, diesel, heating oil, jet fuels) by pipelines in France.

The Autorité had taken note of the withdrawal of the transaction (see press release of 24 July 2020). This operation presented high competitive risks, both in the transport market and in the markets for the storage of refined products. In the absence of sector-specific regulation, the transaction could thus have had the effect of conferring the new entity market power that cannot be contested by a competitor for a long time.