Competition policy has constantly evolved throughout the world since the late 19th century. We cannot understand the economy as we know it today without also knowing the history of competition.

We look back at key moments in the history of competition and some of the key concepts in competition law and how they apply in France.

A brief guide to competition

Competition refers to the process by which businesses compete with each other in the marketplace to best meet the expectations of both business customers and consumers. Competition can take different forms: companies can compete on price; they can also try to stand out through innovation or product differentiation (quality, variety).

Competition gives companies a constant incentive to innovate and improve their productivity, which helps to drive sustained growth.

To ensure this struggle between companies takes place on a level playing field and is based on each company’s merits, rules of play are necessary. This is the role of competition policy, which aims to guarantee the conditions for free and fair competition between companies within markets in order to safeguard consumers’ interests.

In France, the Autorité de la concurrence is responsible for ensuring that a fair and sustainable competitive playing field is maintained. It does so by penalising the formation of cartels and abuses of dominant position, by reviewing mergers prior to implementation, and by recommending legislative and regulatory changes to the public authorities (advisory activity). 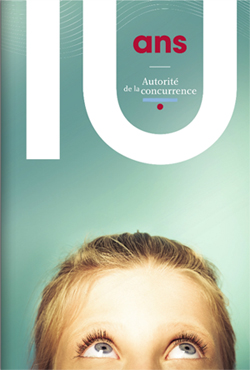 Overview of the Autorité's action, over ten years, through litigation, merger cases and opinions that had an impact on the economic life and everyday life of the French.
Discover in pictures the Autorité's major decisions

Openness to competition has its roots in the French Revolution. The Chapelier Act of 1791 prohibited members of the same corporation from joining forces to regulate their “common interests”. Twenty years later, the French Criminal Code (Code pénal) banned coalitions from manipulating prices “above or below the level that would have been determined by free and natural competition”. This provision, Article 419, remained in the Criminal Code for 176 years.

In the 19th century, the first debates also took place in the United States on the issues of regulating competition. In 1890, at a time of burgeoning oil, steel and banking conglomerates, the United States passed the Sherman Act (also known as the Antitrust Act), which opposed commercial practices restricting competition and prohibited a company with a monopoly in one sector from using it to control another sector. It was supplemented in 1914 by the Clayton Act, which governed mergers. This was the beginning of modern competition.

In France, regulation gradually increased from 1953 (when the Commission technique des cartels was set up), but the main concern remained control of inflation. It was not until 1986 that a proper competition policy was developed, thanks to the adoption of the Ordinance of 1 December 1986, which laid the foundations of the market economy, brought an end to price regulation and created the Conseil de la concurrence. In 2008, the Law on the Modernisation of the Economy (LME) established the Autorité de la concurrence, which had more extensive powers and replaced the Conseil de la concurrence. 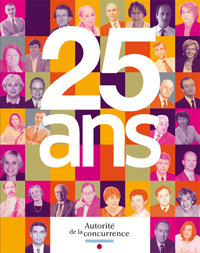 Competition was born with the market economy. It was fully recognized by the ordinance of 1 December 1986 which laid the foundations for a modern competition law, based on independent regulation.
Established on this occasion, the Conseil de la concurrence has constantly evolved to play a central role in the regulation of markets to become the Autorité de la concurrence.
Learn more about the institution's history
Full brochure of the 25 years

France and Europe: competition in dates

1953      Publication of the Decree of 9 August establishing the Commission technique des ententes.

1957     Signature of the Treaty of Rome establishing the European Community. Competition law has a major place in it: in particular the Treaty lays down rules for fair competition between Member States.

1986      Publication of the Ordinance on pricing freedom and competition. This lays the foundations of French competition law by creating the Conseil de la Concurrence, giving it the power to penalise anticompetitive practices (cartels, abuses of dominant position).

2001      Publication of the law on new economic regulations (NRE), which strengthens the Conseil de la concurrence’s powers. The ceiling on fines is raised to 10% of companies’ worldwide turnover. New procedures, such as leniency and non contest of objections, are introduced.

2004      Competition authorities are required to apply Community law directly (Regulation (EC) No 1/2003). Cooperation between European authorities is established with the creation of the European Competition Network.

2009      The Autorité de la concurrence, which replaces the Conseil de la concurrence, is founded. The 2008 Law on the Modernisation of the Economy (LME) gives the Autorité responsibility for reviewing mergers. This previously lay with the Ministry of the Economy. Its investigative powers are extended and it can now take up any competition issue for an opinion on its own initiative.

2015      Promulgation of the Law for Growth, Activity and Equal Economic Opportunities, known as the “Macron Law”, which gives the Autorité further responsibilities related to the regulation of the regulated legal professions (establishment of new professionals and prices) and introduces the settlement procedure.

2019     Publication of the ECN+ Directive, which gives all European competition authorities a common minimum set of resources to ensure more effective enforcement of competition rules. After its transposition into French law, the Autorité will be able to reject certain referrals (discretionary prosecution) and to start proceedings ex officio to order urgent interim measures. It will also be able to issue structural injunctions in the context of litigation procedures.