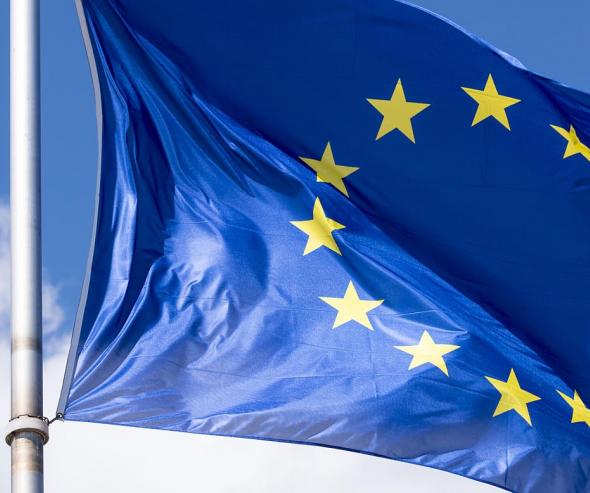 Directive n° (UE) 2019/1 to empower the competition authorities of the Member States to be more effective enforcers and to ensure the proper functioning of the internal market, has been published in the Official Journal of the European Union.

The Autorité de la concurrence welcomes the adoption of this text which shows the common desire to strengthen the European competition policy. In view of these provisions, competition authorities of the EU Member States will thus be able to carry their actions independently and with the necessary resources, by using a common set of reinforced investigative and decision-making powers, along with broader effective mutual assistance powers. This framework guarantees a good balance between efficiency of procedures and protection for the rights of companies.

A directive that constitutes a decisive new step for European competition policy.

The draft directive followed the acknowledgement that, more than 15 years after the adoption of Council Regulation (EC) No 1/2003 which created the European Competition Network between national competition authorities and the European Commission, an ambitious new step was both possible and desirable.

The first step was the implementation of a flexible and responsive network in which the national authorities are fully competent to apply European competition law in a decentralized way, with the authorities cooperating to define which authority is best-placed to handle a case, and interacting regularly at both the investigation and decision-making stages.

This first step is a success, with good function of the mechanism for allocating cases, a harmonized implementation of the principles and a development of innovative cooperation between authorities and the Commission (with for instance the Booking.com decision issued in 2015 for which the French, Italian and Swedish authorities simultaneously accepted commitments from Booking).

The new step aimed to consolidate and reinforce national competition authorities, by harmonizing their powers, intervention means and functional rules in an ambitious way, after the model of more advanced authorities.

This directive could be adopted in a relatively short time, a consensus soon emerging on the necessity of this strengthening.

An increase of the guarantees of independence, means of actions and resources of all the competition authorities

Under the directive it would be required that each Member State ensures that each national competition authority has guarantees of independence, resources and enforcement and fining powers to allow efficient application of Articles 101 and 102 TFEU, combatting cartels and abuse of dominant position1.

With regard to statutory and organizational plan, there is a need for independence and impartiality obligations applicable to members of national competition authorities. National authorities will now have the power to set their priorities in order to carry out their missions, and will be able to reject complaints lodged with them if they consider them not to be a priority (art.4). Member states will also be required to make sure that authorities have enough qualified staff along with sufficient financial, technical and technological resources (art.5) Authorities must be authorized to carry out investigations, and issue opinions on laws and decrees and foster awareness of competition within the public. Finally, without prejudice to national budgetary rules and procedures, the authorities must be able to spend their budget independently, without any interference (same article).

Regarding the investigative powers plan, the directive affirms the right of national authorities to conduct unannounced inspections of undertakings and to obtain documents and information necessary to their investigations from companies (art 6 to 9.)

Regarding the decision-making powers of Authorities, the directive will enact a considerable strengthening, by broadening the range of actions available to national authorities. Each authority which detects an infringement must be able to require undertakings to bring the infringement to an end, and to impose upon them any behavioural or structural remedies (for instance a disposal of assets or of subsidiaries, or any contract modification) (art.10). Authorities must now be able to impose interim measures to prevent a risk of serious and irreparable harm to competition and this power may be exercised  ex-officio without waiting for the case to be referred to them. Authorities will additionally be empowered to accept commitments from undertakings, to address competition issues, with effective powers to control them (art.12.)

Further, the directive provides for greater deterrence capability in relation to competition policy, by permetting competition authorities to impose "proportionate and dissuasive fines" on undertakings when they infringe competition law, or when they obstruct an investigation. By imposing a model of dissuasive administrative sanctions, the directive will lead several Member states to deeply revise their national law which does not currently confers such powers. The ceiling of fines must be set at a level of not less than 10 % of the total worldwide turnover of the undertaking concerned, which will again lead several Member states to significantly modify their national law which does not currently provide for such dissuasive sanctions. Further, in the case of an infringement by an association of undertakings, the ceiling must take into account the turnover of each active member thereof, which may lead to very high fines for associations of large undertakings (art.15.).

Moreover, the directive will harmonize and incentivise, at a European level, the clemency programs offering an immunity of fines to undertakings when they acknowledge their participation in a cartel.

Lastly, the directive reinforces mutual assistance and cooperation tools between national authorities, in order to ensure the efficiency of investigations and decisions made throughout the European Union.

For the French Autorité de la concurrence, the directive involves a strengthening of its powers of action, and for companies, even more dissuasive sanctions..

It is provided with new tools to be even more effective in implementing competition law.

. The directive must be transposed within two years.

What did the European Competition Network accomplished over the past 15 years?

1 The French authority already has certain guarantees provided by the directive such as independency, or guarantees concerning investigation and decision measures, or the possibility to impose sanctions up to 10% of the worlwide turnover of the undertakings.