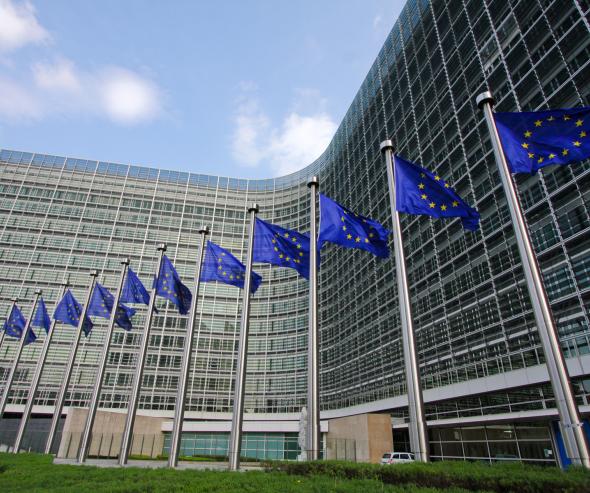 This new approach, which was announced by Margrethe Vestager, Executive Vice-President of the European Commission, is part of a revised interpretation of Article 22 of the 2004 European Merger Control Regulation. It is a response to proposals submitted by the Autorité to plug a number of loopholes in European and national merger control rules pertaining, for example, to acquisitions by undertakings in a dominant position or predatory or consolidating acquisitions made by digital platforms.

The Autorité de la concurrence welcomes the statements regarding merger controls made by Margrethe Vestager, Executive Vice-President of the European Commission, at the 24th meeting of the International Bar Association on 11 September 2020. The Autorité welcomes in particular the decision by the European Commission to accept referrals by national competition authorities pursuant to Article 22 of the EU merger regulation relating to merger transactions that do not have a Community dimension, including when these mergers do not exceed the national notification thresholds. The Autorité had, on several occasions, called for such a change to the application of Article 22 in order to better address the phenomenon of predatory or consolidating acquisitions “under the thresholds”, which have been observed in particular in the digital economy, as well as in the pharmaceutical or biotechnologies sectors, and in a number of highly concentrated industrial sectors.

This new approach is part of the general review by the European Commission of its merger examination procedures.

Article 22 of Council Regulation No 139/2004 of 20 January 2004 enables a national competition authority to request that the European Commission examine a merger that does not have a European dimension but would affect trade between Member States and threaten to significantly affect competition within the territory of the Member State or States making the request. The Regulation does not require the Member State or States to be competent to control the relevant merger. The European Commission had, nonetheless, always stated up until now that it would only accept a referral pursuant to this article if the merger transaction exceeded the national notification thresholds in at least one Member State. Amending its policy in this field, the European Commission announced on 11 September 2020 that it would agree, as of mid-2021, to examine referral requests pursuant to this article submitted by national competition authorities, including when the merger transactions concerned do not exceed the national notification thresholds of any Member State, providing that the conditions established in this article have been met.

This change, which the Autorité has been requesting since 2017, is a major step forward in improving the handling of merger transactions, especially those involving innovative players.

During the conceptual work launched by the Autorité de la concurrence in 2017 with a view to modernising and strengthening merger control, which included several consultations with businesses, lawyers and professional trades unions, the Autorité identified a loophole in the existing framework at both national and European level relating to the turnover criterion applied to the target undertaking and the buyer. One risk identified was that some transactions involving highly innovative players, which are only just starting to obtain returns on their innovations in the market, may not be subject to merger controls, as the target has an insufficient turnover to trigger the notification thresholds. The takeover of Instagram or WhatsApp by Facebook are topical examples of this. Another potential problem was the possibility for an undertaking in a dominant position to buy out its various small competitors on markets with already high levels of concentration. Such a blind spot could raise competition concerns in terms of the competitive dynamic of the markets or maintaining incentives to innovative. The Autorité had therefore submitted for consultation in 2017[1], along with other options entailing amendments to French legislation, a solution to this loophole, which entails making use, without changing the law, of the referral system established in Article 22 of Regulation No 139/2004. In its disputed decision TDF/Itas[2] of 16 January 2020, the Autorité had once again noted that the European merger control system allowed national competition authorities to refer transactions to the European Commission under the conditions set out in Article 22 of Regulation 139/2004, even when the transactions are “below the national thresholds” for mandatory notification, so that they can be examined by the Commission. In its contribution to the debate on competition policy and the challenges raised by the digital economy of 19 February 2020[3], the Autorité had again called for a return to a broader interpretation of these provisions. Lastly, in the new version of the merger control guidelines, which were published on 23 July 2020[4], the Autorité once again recalls that Article 22 should apply, including when the Member State requesting the referral is not competent to review the merger (paragraph 340).

This change in the position of the European Commission relating to Article 22 of the EU Merger Regulation is an excellent solution, which contributes to addressing the concerns that have been raised about the risk of a number of merger transactions that have a negative impact on competition eluding controls by competition authorities. The advantage of this solution is that it can be implemented swiftly. It will provide an initial response to the issue of predatory and consolidating acquisitions, particularly in the digital economy.

As announced by the Executive Vice-President Margrethe Vestager, this initiative is part of the broader framework of modernisation of merger control that is under way at national level[5] (several measures designed to simplify and modernise French merger law have already been implemented by the Autorité de la concurrence) and European level (public consultation on the review of the Commission Notice on the definition of relevant market or the evaluation of the relevance of existing notification thresholds, which will be completed in 2021).

[2] Decision 20-D-01 of 16 January 2020 on a practice implemented in the digital terrestrial television broadcasting sector.

[5] The Autorité also submitted proposals as part of its contribution to the debate on competition policy and the challenges raised by the digital economy with a view to strengthening the systems for controlling merger transactions involving players in structuring positions. In this respect, it recommended the establishment, based on objective criteria, of a list of structuring operators that would be subject to an obligation to report their planned merger transactions to the competition authorities.