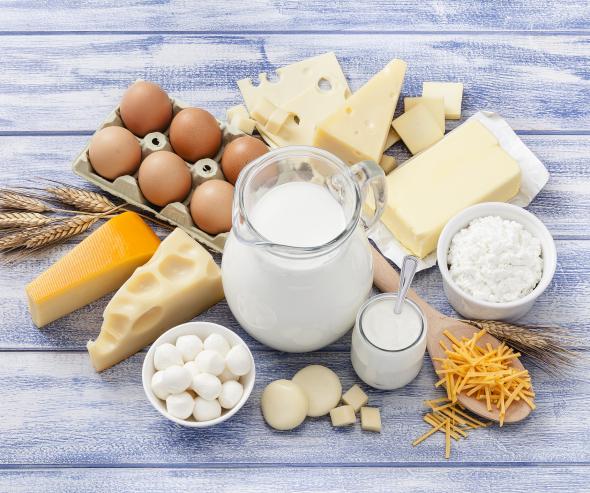 The Autorité issues today a decision in which it finds the following producers guilty of entering into an anticompetitive agreement: Yoplait, Senagral (Senoble), Lactalis, Novandie (Andros Group), Les Maîtres Laitiers du Contentin, Laïta, Alsace Lait, Laiterie de Saint Malo, Yeo Frais (3A group) and Laiteries H. Triballat (Rians). The penalised practices took place from 2006 to 2012 with a variable duration depending on the companies.

A cartel dismantled as a result of the leniency procedure

In August 2011 and February 2012, the Autorité de la concurrence was successively informed of the practices by General Mills-Yoplait (hereinafter Yoplait) and by Senoble-Senagral (hereinafter Senagral). Each company in turn applied for leniency. Senegral’s second rank application was made a few days after dawn raids had taken place.

The leniency procedure allows undertakings that participate or have participated in a cartel to reveal the existence thereof to the Autorité. As a result, under certain conditions, they may benefit from total or partial exoneration from a fine, depending on the order in which they have approached the Autorité, their cooperation in the investigation and the added value of the facts of which they were able to inform the Autorité.

This is the 9th leniency case with which the Autorité has dealt to date.

Operation of the cartel

Many elements of the case indicate that the undertakings which are today receiving fines held meetings and had numerous telephone conversations aimed at price-fixing and allocating volumes between themselves in the own-brand dairy products sector.

Supermarkets and hypermarkets are the major outlet for manufacturers of fresh dairy products: 92% of retail sales of yoghurts, fromages frais, crèmes fraîches and milk-based desserts were made in food superstores for a sum of around 5 billion euros in 2013.

The cartel’s centre of gravity consisted of the sector’s four leaders: Yoplait, Novandie, Lactalis and Senoble. The meetings would generally take place in hotels reserved by each participant in turn. The location changed each time in order to ensure discretion. The Director General of Novandie also stated during the investigation that some meetings had taken place in or close to his Parisian apartment:

’"The apartment (...) in the 6th arrondissement belongs to my family. We would generally meet in a cafe such as "Le chien qui fume" in Boulevard du Montparnasse. The Lactalis representatives (...) came to my apartment a few times to continue the conversation and smoke a cigarette. "

Telephone conversations took place in particular via secret mobile phones used exclusively for the cartel. The lines were not officially registered with their users and their names did not appear on the bills. For instance, Senoble’s representative had a telephone registered in his companion’s name.

The Yoplait representative kept a "secret file" on the cartel. He used it to record all the decisions taken during these conversations. Yoplait submitted this file to the Autorité de la concurrence in support of its declarations, at the time when it made its application for leniency.

The competitors informed each other of any price rises made and reached agreement on any rises they wanted to announce to distributors as well as the arguments to justify them.

Notes taken during the meeting of 4 July 2007 state that: "The general price rise should take effect from 1 October 2007, along the following lines: +3% on desserts, +4% on yoghurts and +5% on fromages frais and crème fraîche". Yoplait first explained: "During this meeting, the participants went round the table to focus, client by client, on the letters to be sent out by each supplier about the price rises."

"2011 was an active year for the cartel in terms of coordinating price rises. Indeed, two increases were introduced one after the other, in the spring of 2011 then during the summer of 2011, by the own-brand fresh milk-product producers (.../...). After a detailed round table discussion about the statement of increases for the year 2010 just gone, the participants agreed on the principles for the first 2011 increase. (…) The discussion held on the basis of this document led to the decision to inform clients of an 8% rise with the aim of obtaining an actual increase of 6% and an average cumulative increase over 2010/2011 of around 10%." (Yoplait’s Declaration).

The undertakings also reached non-aggression pacts consisting of distributing volumes and freezing their positions in relation to each other. This was done particularly by distorting submissions in response to tenders launched by the major retailers.

In its declaration, Yoplait described the mechanisms established for the offsetting of volumes as follows:

"If one of the members of the cartel looses volumes and was not informed of it directly by its competitor who took them, it is informed by the client. The aggrieved competitor would then contact the operator who had taken the volumes from it.

The volumes lost are owed but compensation is not necessarily made immediately. A debt is then created which must be settled by the participant who has won the volumes from its competitor. This debt is settled with the creditor as soon as an opportunity exists or arises (for example, a new call for tender in which the debtor will give priority to its creditor). […]
Each participant in the cartel knows what it owes, what it is owed and who owes it at any given moment".

In total, 18 tender procedures were distorted by the use of these practices.

The scope of the cartel was very broad since it covered the whole territory. In addition, the manufacturers of retail own-brand labels fresh milk products involved represent more than 90% of the market in question. Its secretive nature and sophisticated modus operandi (regular change in meeting place, dedicated mobile phones, meetings at the private home of one of the participants, etc.) aggravate the practices carried out. Furthermore, the products involved are everyday products which consumers buy for reasons of price and for which consumers are relatively captive.

The fines were proportional to the seriousness of the events, and the extent of the loss caused to the economy. Thereafter they were tailored on the basis of the set of circumstances of the undertakings’ individual situations.

Consequently, the fact that Lactalis belongs to a large group was taken into account (25% increase in the fine). Likewise, the financial difficulties of Senagral (formerly Senoble) and Novandie were taken into account and the fine decreased. This was also the case with SME Alsace Lait, given its small size and economic fragility.

On the grounds of mitigating circumstances, the Autorité granted Novandie a reduction in its fine for having adopted competitive behaviour for one year. This ’maverick’ behaviour resulted in a disruption of the cartel’s operation.

Finally, the undertakings in question, with the exception of Laiterie de Saint Malo, did not contest the facts and consequently had their fines reduced as a result of the settlement procedure.

> For more details on this case, consult the full text of decision 15-D-03 of the 11 March 2015 on practices implemented in the fresh dairy products sector