The fight against anticompetitive practices and cartels is one of the Autorité de la concurrence’s priorities. Among the detection tools at its disposal, there is one that is particularly effective: leniency.

Leniency is a powerful factor in cartel destabilisation because it introduces a very strong incentive to “come clean” to the Autorité de la concurrence. Undertakings are thus aware that the threat can also come from inside, and it is therefore in their interest to act swiftly to protect themselves. 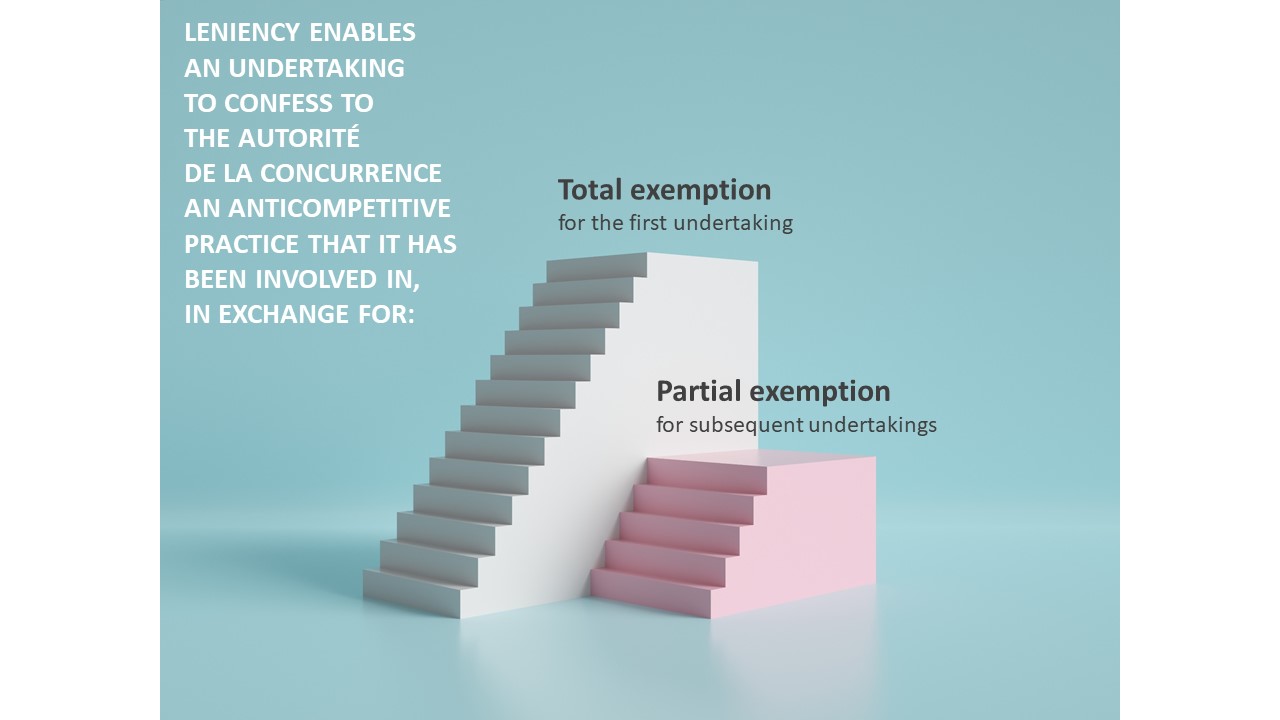 Leniency is one of the detection tools available to the authorities, which can give undertakings favourable treatment (total or partial immunity from the incurred fine) if they report that they are now or have in the past engaged in an anticompetitive practice.

The first undertaking to report the offence and supply the necessary evidence receives complete immunity from fines. Undertakings that apply for leniency later on may incur a reduced fine depending on their order of arrival and their level of cooperation.

To make the procedure clearer for undertakings, the Autorité explains in its procedural notice (link) the levels of immunity from fines that they may apply for, based on their order of arrival and the added value provided by the evidence they supply. 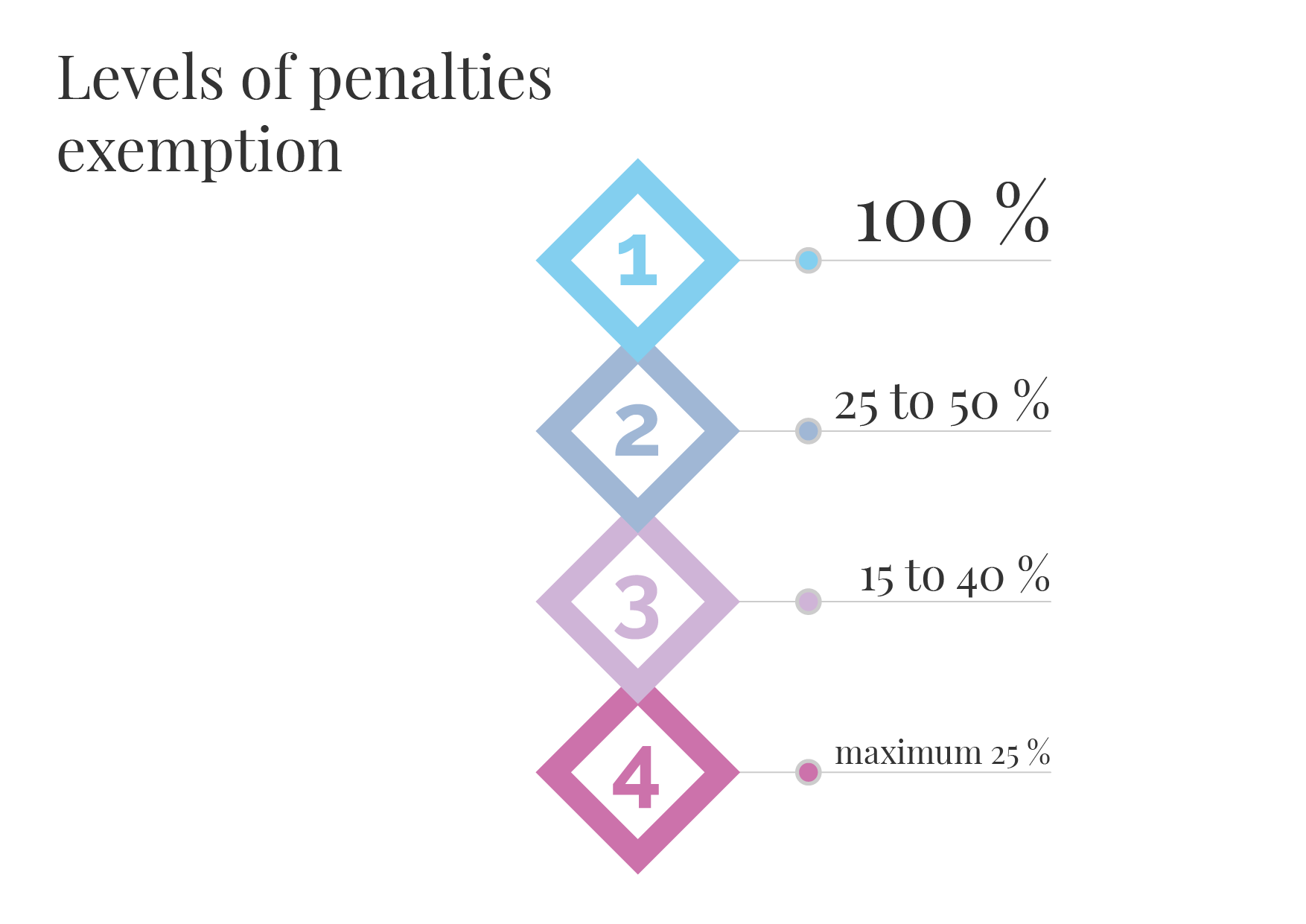 While the Autorité works hard to detect cartels externally by developing advanced methods and tools for investigation and evidence detection during dawn raids, in the leniency programme it also has a tool to destabilise cartels from within. This programme has enabled the Autorité to detect secret cartels that are damaging to the economy and consumers.

Leniency also acts as a deterrent, discouraging companies from engaging in anticompetitive practices because the programme’s existence means there is a substantial risk from inside the cartel. 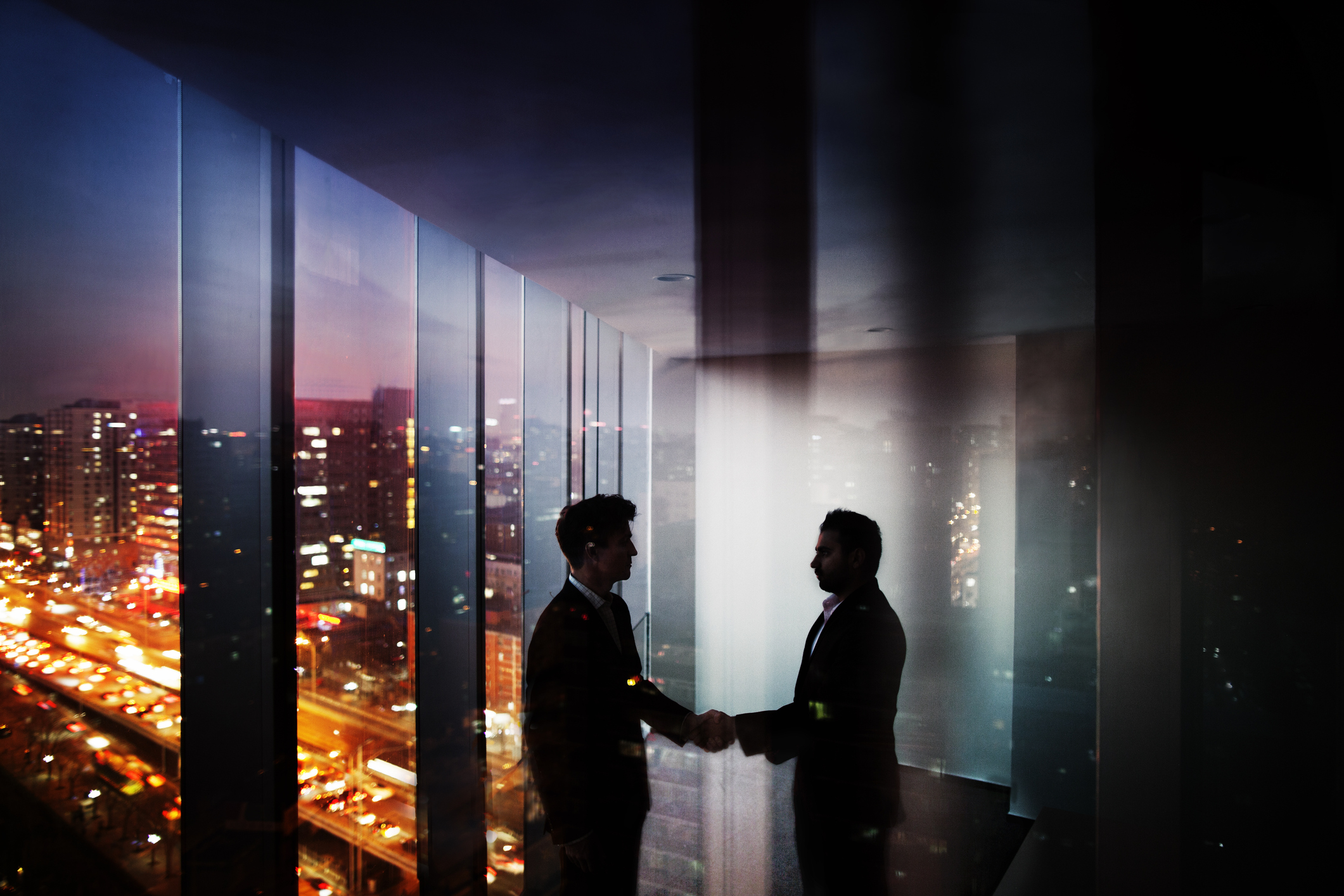 Certain undertakings are sometimes tempted to engage in unlawful practices in the hope of short-term economic gain. This is a strategy that never pays. Making commercial gains based on non-compliance with competition rules is risky and cannot last. This type of behaviour can be unmasked at any time, with companies risking fines of up to 10 % of their global sales as a result.

A solution is available to these companies: to apply for the leniency procedure. 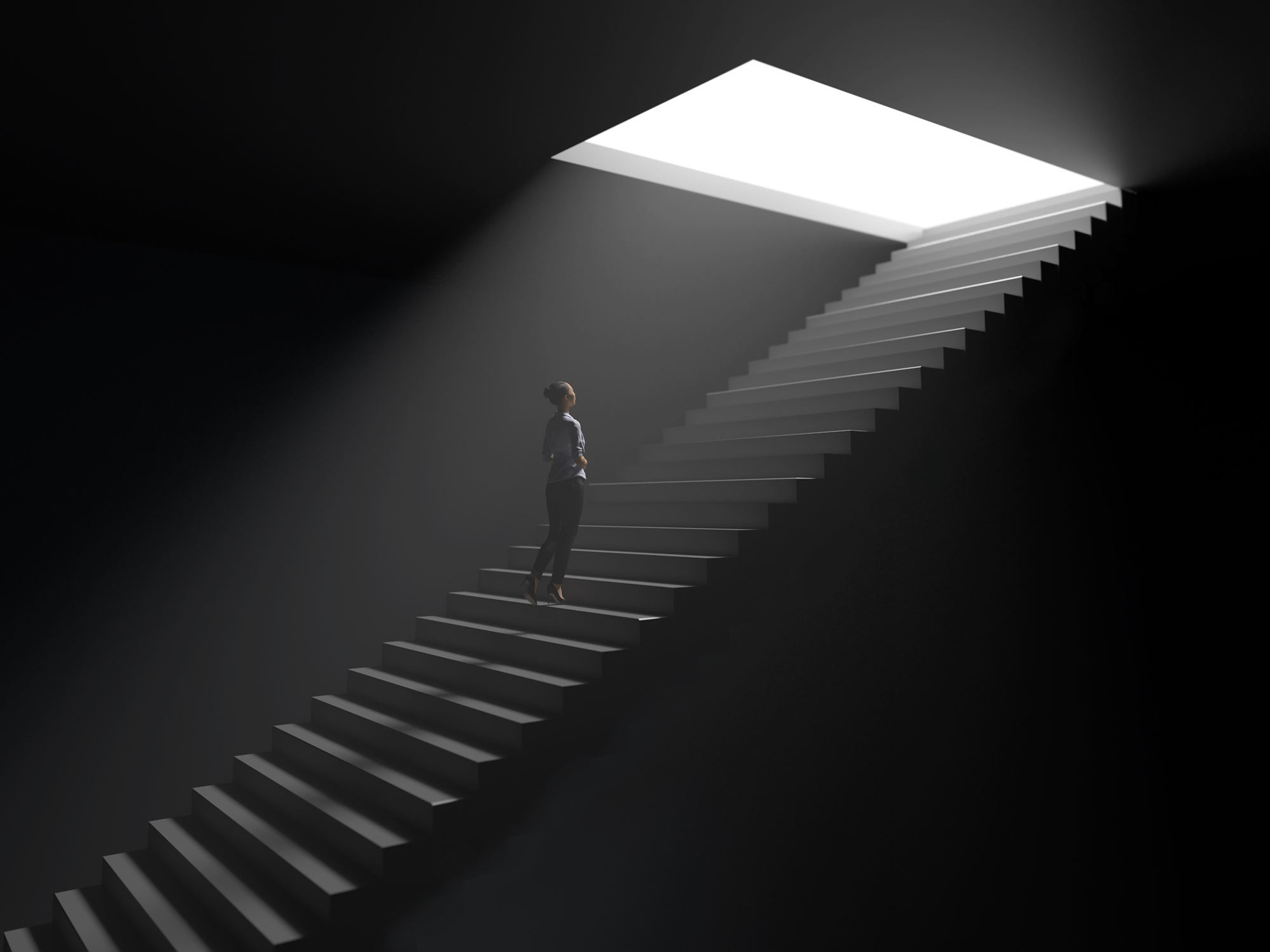 Leniency: a smart way to “come out on top” and wipe the slate clean.

What practices are concerned?

The anticompetitive practices concerned are, in principle, horizontal agreements between competing companies in the same market, consisting for example of fixing prices, production quotas or sales quotas, and dividing up their markets or customers, including during calls for tender, etc. When these are generalised within a market, they are normally referred to as “cartels”.

These practices are extremely damaging because they artificially inflate prices or restrict supply, and they mean that companies are not subject to the pressure that normally gives them an incentive to innovate. This is why these practices have become the priority target of competition authorities.

In France, the leniency procedure was introduced in 2001 (French Economic Regulations Act (loi NRE sur les nouvelles régulations économiques) (“NRE” Act) of 15 May 2001) and it led to the dismantling of extensive cartels and anticompetitive practices that for years had caused large, unjustified price increases, particularly for consumers and SMEs.

How are offences detected internally?

Many companies now have “antitrust risk” built into their strategy, and their governance rules include antitrust training and awareness measures for staff.

Compliance programmes introduced by companies can include control and employee whistleblowing mechanisms, so that the senior management is alerted as quickly as possible to existing or potential offences.

The senior management team can then decide to refer the matter to the Autorité and win the leniency race. 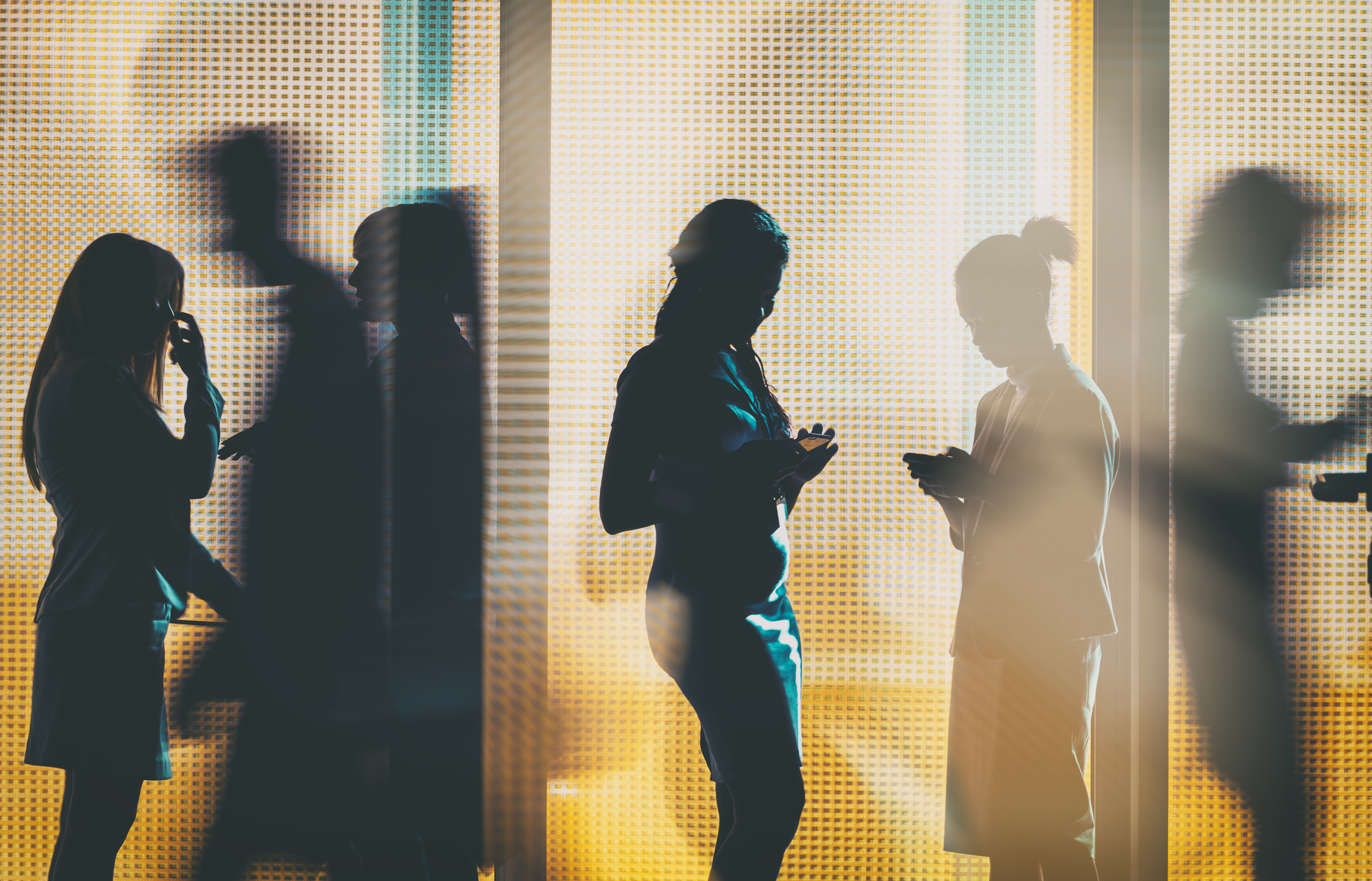