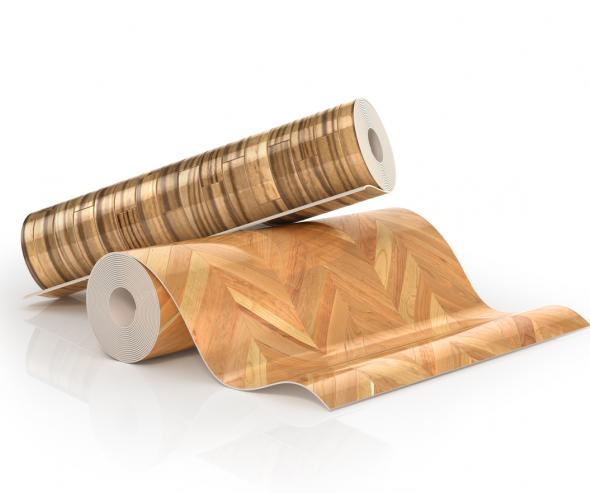 The Autorité has imposed sanctions totalling €302 million on the three leading manufacturers
of PVC and linoleum floor covering, as a penalty for price fixing among other pratices.


Products concerned by the agreement

The materials covered by the  agreement are PVC and linoleum floor coverings. The hard-wearing nature of such products makes them a popular choice for use in, among others, social housing and public facilities such as schools and hospitals. They may be sold in the form of tiles or rolls.

There are two main distribution channels:

- the "Building Trade" channel, supplying construction industry professionals (building material distributors and wholesalers and fitting contractors), and focused on the sale of products or their installation at project sites;

- the "Consumer" channel, supplying private customers, who may purchase either directly from small and large DIY (Mr Bricolage, Bricorama, Castorama, Leroy Merlin, etc.) or else indirectly, via distributors and wholesalers, when they contract fitters to lay such materials.
Manufacturers met secretly to, in particular, discuss prices

Over a period extending from late 2001 until 2011, the three main manufacturers of floor coverings in France, Forbo, Gerflor and Tarkett met in secret at so-called "1, 2, 3" meetings, at which they notably discussed minimum prices for products and price increases for all their products that would be passed on to their respective customers, as well as multiple issues relating to their sales strategy over time.

For example, regarding generalised price increases, the three competitors would discuss percentage price increases for each category of floor covering, which would vary slightly between manufacturers. They would also discuss implementation dates for such increases, which might be either staggered or simultaneous, and decided which company would be the first to notify its customers of the price increase.

A manager with  Forbo explained the mechanism for agreeing on minimum prices as follows:

"(…) The idea was not to organise our market shares but to define a differentiation between the prices of our products that would not be detrimental to us from a sales & marketing perspective. As a rule, we observed the minimum prices agreed with Gerflor and Tarkett (…). " (see §94 of the Decision)

"In setting minimum prices, our goal was to maintain the lowest prices at a certain level. (…)" (see §99 of the Decision)

The CEO of  Tarkett France explained the meaning of these  discussions:

"(…) we had an agreement not to discount below those minimum prices, which were largely equivalent across Forbo, Gerflor and Tarkett." (§97)

"However, the three manufacturers’ minimum prices had to avoid being completely identical. We therefore ensured that our prices differed by  at least a few euro cents: plus or minus 10 cents for premium products, and plus or minus 2 to 3 cents  for entry-level products. " (§98)

The manufacturers also entered into agreement regarding a series of specific issues, such as strategies to adopt with regard to particular customers or competitors, customer relationship management, hiring policy, organisation of sales activities, and sampling of new products.

Initially, these meetings, hosted by each participant in turn, were held on the sidelines of official meetings of the SFEC, or in a café near the industry association’s offices. Later, they were held in hotels or restaurants in Paris and elsewhere in France (see § 63 of the decision). The Novotel hotel in Charenton-le-Pont and the Novotel near the Gare de Lyon in Paris were among the venues chosen to host these "1, 2, 3" meetings. The documentary evidence relating to the case (bank statements, hotel and restaurant bills, toll  tickets, diaries, etc.) establishes a record of about 30 meetings, which provided a framework for the anticompetitive agreement, excluding the meetings on specific issues (17 on client relationship).

In addition to these secret meetings, the companies’ CEOs and Sales Directors used nine dedicated telephone lines to hold confidential discussions. Tarkett described this covert telephone system as follows:
Each participant at the "1, 2, 3" meetings was "issued with a phone with a package contracted by a competitor, such that all calls were made between two phones belonging to the same company. In practice, everyone had two phones: one from their own company and one with a package contracted by another manufacturer (… )" (§ 78 of the decision).


Confidential information exchanged via the SFEC

Forbo, Gerflor and  Tarkett also exchanged, in the context of official meetings of the SFEC, very precise information relating to trading volumes, revenues per product category and sales forecasts. The trade association played an active role in these discussions. It received this information from its members, including the three manufacturers, and passed on their respective declarations in full.

Through very frequent discussions (at quarterly and annual meetings) of their positions and sales on the market, companies were able to more accurately assess their market situation and adapt their sales policy and strategy accordingly.

On this topic, the Chairman of the Management Board of Forbo stated: "these discussions helped participants to better understand the market and its stakeholders, and to more effectively assess changes in their own market share, etc. They helped to inform changes to companies’ own sales or marketing strategies. " (§ 353)

Successive CEOs of Tarkett France stressed that "the aim was to identify our respective market shares in order to understand our position, analyse our strengths and weaknesses and adapt our strategy and sales policy in the light of the results. " (§ 355)

This perspective was corroborated by  Gerflor: "The goal was to gauge ourselves against the competition and determine the market trends for particular products. Knowing the market shares of our competitors enabled us to know whose market share we had conquered, which was useful". (§ 352) "For example, that enabled us to implement a product policy to adapt to the market. " (§ 356)

As the anticompetitive nature of these exchanges gradually became apparent, their format was changed to make them less easily to detect. Initially sent by email, this information was subsequently communicated in hardcopy format and eventually simply presented by the trade association at meetings, without being disseminated in hard copies.

These practices, which began during the 1990’s, ceased only in the wake of the  raids conducted by the Autorité in 2013.

Forbo, Gerflor and Tarkett, together with the trade association, also produced and signed a charter barring each company from advertising the individual environmental performance of its products. Manufacturers were permitted only to communicate  on the environmental performance of their product through  joint data sheets produced by the trade association.

According to the terms of the charter, the effect of this agreement was to eliminate "competitive marketing practices based on environmental characteristics" and "avoid unnecessary controversy relating to particular products and adopt a consistent marketing approach" in order to prevent "reckless green marketing. "

Leroy Merlin received a blunt refusal to its requestregarding volatile organic compound (VOC) releases by product, which it wanted to provide to customers.

The SFEC sent a letter to Leroy Merlin on 21 December 2009, explaining "at this stage, we consider it sufficient to identify for customers any products that exceed the requirements of incoming French regulations by a factor of two (…) going further, in view of the prevailing level of knowledge and understanding of atmospheric emissions, would not provide them with any added value" (§ 402).

Tradesmen, retailers and consumers, increasingly sensitive to the debate surrounding the impact of air quality on human health, specifically as a result of releases from PVC floor coverings, could not receive the standard of information that might have prevailed in the absence of this agreement, and might have enlighten their purchasing decisions. Furthermore, this agreement may have acted as a disincentive to manufacturers to innovate in order to offer their customers products characterised by better environmental performances, thereby impacting a product differentiation factor.
These practices persisted from 2002 to 2011.

By fixing prices, price changes, increases and various aspects of their sales strategies, Forbo, Gerflor and Tarkett, which over the period from 2001 until 2012 accounted for between 65% and 85% of the market, depending on the distribution channel ("Building trade" and "Consumer"), affected several key competition factors, leading the aforementioned companies to operate in the market other than they normally would.

By exchanging confidential strategic information, falling under business secrecy, a practice they knew to be illegal, they were able to adapt and adjust their sales policies.

Lastly, the non-competition agreement relating to communication of environmental information may have served as a disincentive to improve technical performance and to innovate as a means of improving the environmental quality of their products.
In determining the applicable sanctions, the Autorité considered not only the severity of the practices but also their widespread, institutionalised nature and long duration, involving senior management at the various companies. The Autorité also considered the willingness by all entities to reach a settlement. Lastly, two companies (Forbo and Tarkett)  submitted applications for leniency, resulting in substantially reduced penalties in recognition of their major contributions to the investigation.


Consequently, the Autorité has imposed the following fines:

1The leniency procedure enables companies participating or which have participated in an anticompetitive agreement, to reveal the existence thereof to the Autorité and obtain, subject to certain conditions, the benefit of a full or partial exemption from financial penalties, depending on factors such as the order in which they contacted the Autorité, the added value of the contributed evidence and their cooperation with the inquiry.
> More information on the leniency procedure.