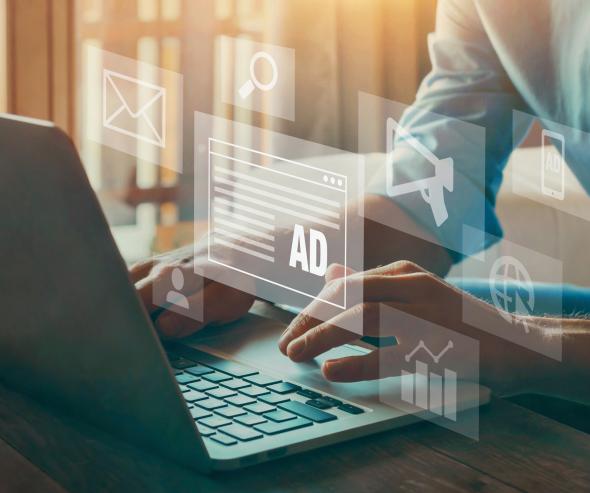 Google, which did not dispute the facts, wished to settle with the Autorité, which granted its request. 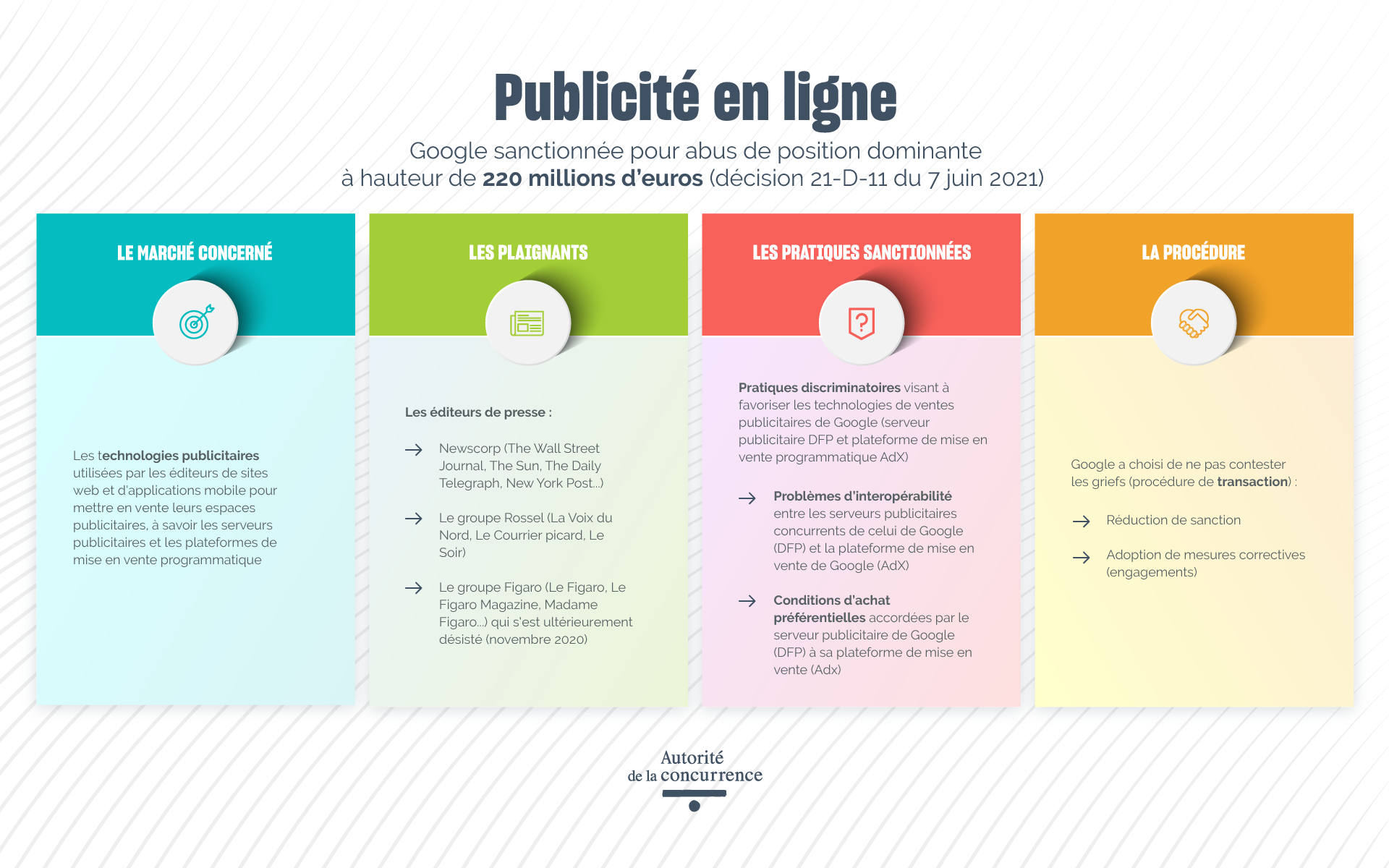 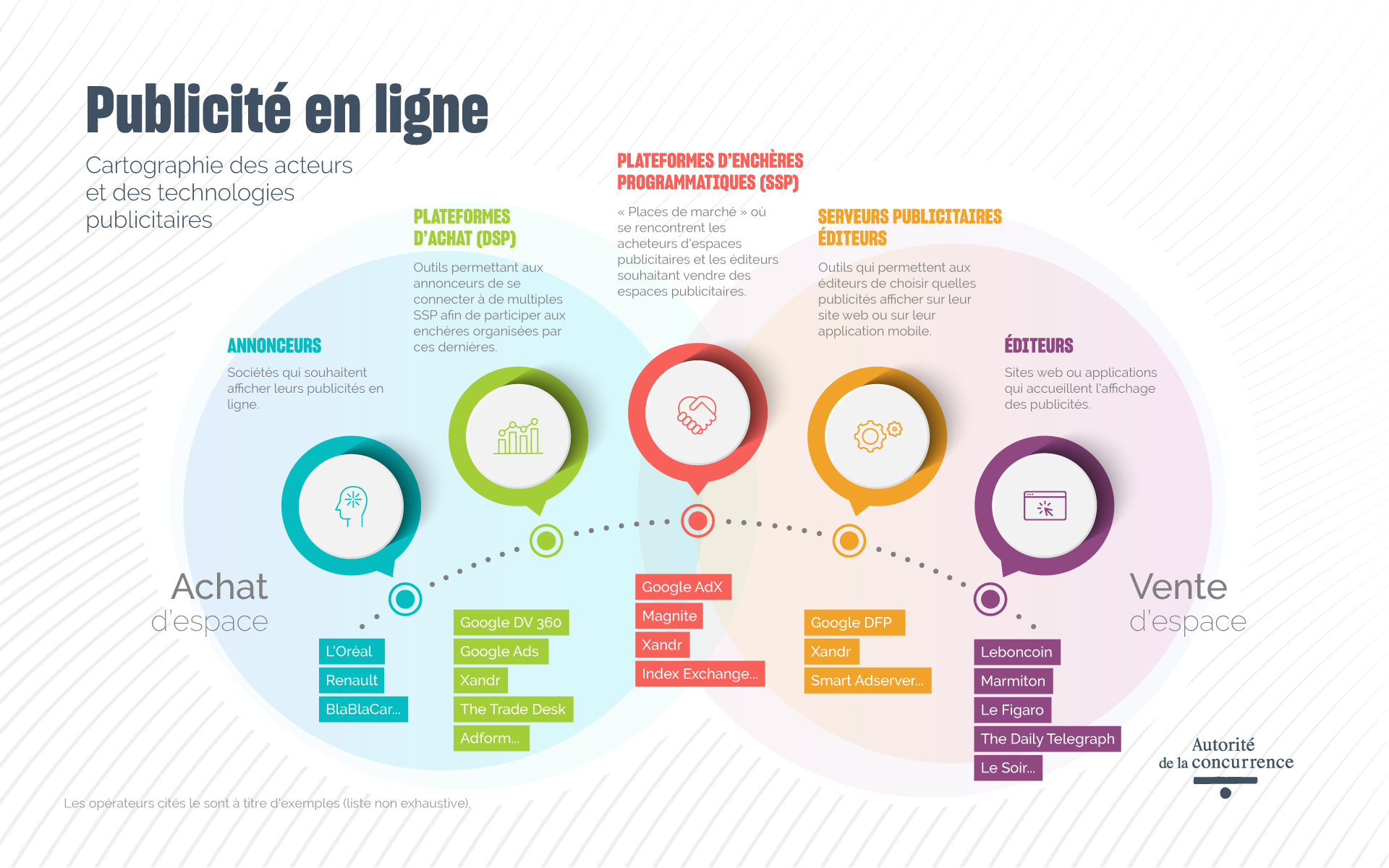 In order to optimise their income, publishers tend to sell the same advertising space via several auction platforms simultaneously. In contrast, publishers generally use a single ad server to organise competition between different sales platforms. As a result, the interoperability of an ad server with the listing platforms determines both the revenue publishers earn from their advertising space, and their ability to market it, and the attractiveness of the listing platforms.

News Corp Inc., Le Figaro group (which then withdrew) and the Rossel La Voix group publish websites and mobile applications. They monetise their content through the provision of advertising space and to do this, use two advertising technologies offered by Google, namely:

The complainants argued that Google has behaved in such a way that these two technologies - both marketed under the Google Ad Manager brand since the summer of 2018 - benefit each other, to the detriment of both competing technology providers and the market performance of their online advertising inventories.

Google has implemented different practices to favour its own advertising technologies

First, the DFP ad server organises an unfair competition between the AdX sales platform and its competitors. The exact modalities of this practice have varied over the review period, especially since there are several methods by which a competing platform can interact with DFP.

One of the most notable asymmetries is that DFP indicated, until recently, the price offered by competing platforms to AdX, and that the latter used this information to optimise its bids and maximise its chances to win them against competing SSPs, in particular by varying its commission according to the competitive pressure emanating from other SSPs.

Second, the AdX platform is only partially interoperable with DFP's competing ad servers, and does not allow the latter to organise a competition between AdX and its competitors - even though AdX itself has a privileged access to a significant portion of advertisers' demand and while all of these competitors have adopted standards allowing for fairer competition.

Serious practices which already had significant effects on the markets

These practices are all the more serious as they took place in a still emerging market with strong growth and they may have affected the ability of competitors to develop in the market. In particular, they have limited the attractiveness of ad servers and third-party SSPs from a publisher's perspective, and have enabled Google to significantly increase its market share and its already high revenues. In this regard, the Autorité notes that several of Google's competitors experienced significant difficulties during the period of the practices, while Google benefited from strong growth in its activity and revenues, even increasing its already considerable market share on a rapidly growing market.

The practices, however, did not only affect the competitors. Indeed, publishers for their part have been deprived of the possibility of making full use of the competition between the various SSPs. In particular, publishers have not been able to obtain the best deals from SSPs, and in particular from Google's AdX platform, which, already dominant, has seen the competitive pressure exerted by its competitors lessened as a result of practices.

In this regard, the press groups, some of which were at the origin of the complaint to the Autorité, and whose economic model is severely weakened by the decline in sales of print subscriptions and the decline in associated advertising revenues, have been particularly affected by Google's practices.

These practices took place even though Google was regularly alerted to the importance of compliance with competition rules by both the European Commission and the Autorité, thus appearing to be a particularly well-informed economic player. The Commission thus sanctioned Google in connection with the Google Shopping (27 June 2017), Google Android (18 July 2018) and Google Search AdSense (20 March 2019)[1] cases. The Autorité also sanctioned it in the Google Gibmedia case (19 December 2019)[2] for having imposed non-objective, non-transparent and discriminatory operating rules on advertisers using its Gogle Ads advertising platform.

Google requested the Autorité to benefit from the settlement procedure provided for in III of Article L. 464-2 of the French Commercial Code. Consequently, Google has not disputed either the materiality of the practices in question, their legal qualification, or their imputability.

The implementation of this procedure resulted in the establishment of the Minutes of Settlement signed with the General Rapporteur, setting the maximum amount and the minimum amount of the fine that could be imposed by the Autorité. In this context, Google also proposed commitments aimed at improving the interoperability of Google Ad Manager services with third-party ad server and sales platform solutions.

In view of all of these elements and in accordance with the terms of the transaction, the Autorité imposed a 220 million euros fine against Google.

It also makes the commitments proposed by Google mandatory, namely:

Google has also undertaken to appoint an independent trustee, remunerated by it, who will be in charge of monitoring the implementation of these commitments, and will transmit all the information enabling the Autorité to exercise its control over these commitments.

The Autorité considered that these commitments are likely to promote the restoration of compliance for Google and improve the competitive functioning of the market for ad servers and SSP platforms. It therefore makes them mandatory, for a period of three years from the date of the notification of the decision or, where applicable, following their effective implementation.

[2] Decision 19-D-26 of 19 December 2019 regarding practices implemented in the online search advertising sector.