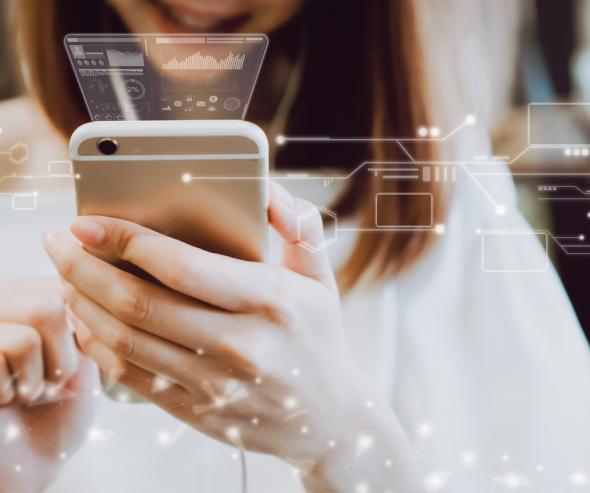 Google will need to clarify promptly the rules of its Google Ads online advertising platform that apply to directory enquiry services in order to make them more precise and intelligible and to ensure their application under non-discriminatory conditions.

Amadeus, which offers the 118 001 directory enquiry service, has referred Google's practices to the Autorité de la concurrence. It accuses Google of having suspended, as of January 2018, several of its accounts with the advertising service AdWords1 (which became Google Ads in the summer of 2018), and then having refused most of the ads it wanted to run to promote its services. In addition to its complaint on the merits of the case, it has requested that interim measures be implemented.

While Google is free to define its policy on content allowed on Google Ads, in particular to protect consumers, it is important - given its pre-eminent position in the market (90% of researches carried out in France) - that the implementation of these rules be carried out under objective and transparent conditions and that they do not lead to discriminatory treatment among competing companies.

In the current state of the investigation, the Autorité considers that Google's practices towards Amadeus are likely to characterise a sudden termination of commercial relations under conditions that are neither objective nor transparent. It also considers that these practices might be considered as constituting an abuse of a dominant position in so far as they are discriminatory. In the current state of the investigation, it appears that Amadeus' accounts were suspended without warning or any clear mention of the alleged breaches, even though in the present case, Google's sales teams were very closely involved in the development of Amadeus' advertising campaigns as part of a special partnership. In addition, competitors of Amadeus appear to have been able to run ads that were identical to those which were refused in the case of Amadeus.

In view of the very significant effects of these practices on Amadeus' business, the Autorité de la concurrence has, pending its decision on the merits, issued interim measures in order to obtain from Google in particular:

Advertisements displayed by Google appear in particular above or below the results of the natural referencing of its search engine. They are distinguished from natural results by the mention “Ad” in front of the sponsored link. These ads are displayed when the keywords entered by the user are the same as those attached to an ad by an advertiser. To be able to run paid ads of this type, advertisers must open Google Ads accounts and then participate in keyword auctions.

The facts alleged against Google by Amadeus

As of January 2018, Google informed Amadeus, which used the Google Ads service to generate calls to 118 001, of the suspension of its accounts because of "misrepresentation” or because they presented “serious or recurring cases of non-compliance with our advertising rules”. However, in the case in point, these campaigns had been carried out in close cooperation with Google's sales teams in context of a specific partnership developed with Amadeus, proposing in-depth consultancy services in exchange for the advertising investments made. In response to these suspensions, Amadeus created new Google Ads accounts, which in turn were suspended on the grounds of “abusing the ad network”. In mid-March 2018, the accounts were reactivated but most of the ads Amadeus tried to run trough those accounts were rejected, the basis for the rejection being the “sale of free items”.

Considering that Google had suddenly suspended some of its Google Ads accounts under non-transparent, non-objective and discriminatory conditions, Amadeus brought the matter before the Autorité de la concurrence.

Google has a pre-eminent position in France since it accounts for 90% of all online searches. In addition, there are high barriers to entering this market given the significant investments that must be made to develop such a powerful algorithm and carry out exhaustive content indexing, as well as the accumulated data available to Google. Finally, because of their large number and lack of alternatives, advertisers do not have the bargaining power that could offset Google's strong position.

In this case, Google is responsible for almost all the traffic of the sites run by Amadeus and thus generates most of the calls received by 118 001. Moreover, the level of notoriety of the number does not enable it to maintain its business without the paid
referencing offered by Google, the results of natural referencing being close to zero or nil.

At this stage, the evidence of the file tends to show that the suspension of Amadeus' accounts occurred without warning or clear mention of the alleged breaches. In addition, the account suspensions occurred despite the fact that Google's sales teams had been involved in the development of the advertising campaigns. Finally, the same type of advertisement continued to be allowed for other advertisers, who were able to continue publishing similar ads to those denied to Amadeus.

In view of these details, the Autorité considers that Google's practices might characterise a sudden termination of business relations under non-objective, non-transparent and discriminatory conditions.

Google's practices have put Amadeus in a critical situation. It has suffered a massive and very sudden loss of turnover (drop of 90% between 2017 and 2018) and has had negative results since the practices began to the point that it may soon have to leave the market.

In view of the potentially anti-competitive nature of the practices and the serious and immediate damage they cause to Amadeus' interests, the Autorité considered it necessary to obtain, pending the decision on the merits, guarantees regarding the objective, transparent and non-discriminatory application of the Google Ads Rules.

Consequently, the Autorité orders Google to:

The Autorité reiterates that Google is free to determine its content policy, but that it must be sufficiently intelligible to economic stakeholders and be carried out in an objective, transparent and non-discriminatory mannerso that all advertisers in the same sector are treated equally.

The Autorité will ensure the proper implementation of these interim measures and will issue its decision on the merits of the case in the coming months.

What are interim measures?

This is a provisional decision, pending the decision on the merits, which the Autorité may issue as a matter of urgency when it considers that the practices complained of might infringe competition law and cause serious and immediate damage to competition or to a stakeholder in a sector.

Until now, such a request had to be submitted to the Autorité de la concurrence by the parties. From now on, the ECN+ Directive, which has just been published in the OJEU, will allow the Autorité, when the text is transposed, to impose ex officio interim measures even in the absence of a complaint by a company.

What is the scope of interim measures and does this mean that there has been infringement?

The decision ordering interim measures does not constitute a finding of an infringement of competition law: only the investigation on the merits of the case will make it possible to establish the facts and decide on the offences alleged by the complaint. Nevertheless, interim measures are binding on the company concerned until the decision is taken on the merits of the case.

What is the role of interim measures in the Autorité de la concurrence's range of powers?

Since its creation in 2009, the Autorité de la concurrence has ruled in 44 decisions on requests for interim measures and, in eight cases, it has granted them. Within the European network of competition authorities, France stands out by the existence of this procedure, which it does not hesitate2 to use when it considers that the conditions are met. In ordering interim measures, the Autorité may avoid, during the duration of the investigation, that any practice likely to be anti-competitive will cause serious harm to competition or to the company which is the victim of it. Its effect is thus similar to that of an interim injunction issued by the judge pending the decision on the merits of the case.

Examples of previous interim measures
For example, in 2010, the Autorité intervened in the online advertising sector by ordering Google to implement in an objective, transparent and non-discriminatory manner the content policy of its AdWords service for roadside radars (Navx decision 10-MC-01).

Since 2009, the Autorité de la concurrence has issued eight decisions on interim measures in various sectors such as energy and audiovisual.

Examples include:
- it ordered GDF Suez to grant its competitors access to part of the data from its historical file of regulated retail tariff customers (decision 14-MC-02).

- it urgently imposed several measures on Engie to ensure that the price of certain contracts to companies reflect its costs (16-MC-01).

- it suspended the agreement between the National Rugby League and Canal Plus Group granting the latter exclusive broadcasting rights to the Top 14 matches for five seasons (decision 14-MC-01).

1A service which enables advertisers to display ads on the search engine's results pages.
2Like the Belgian competition authority