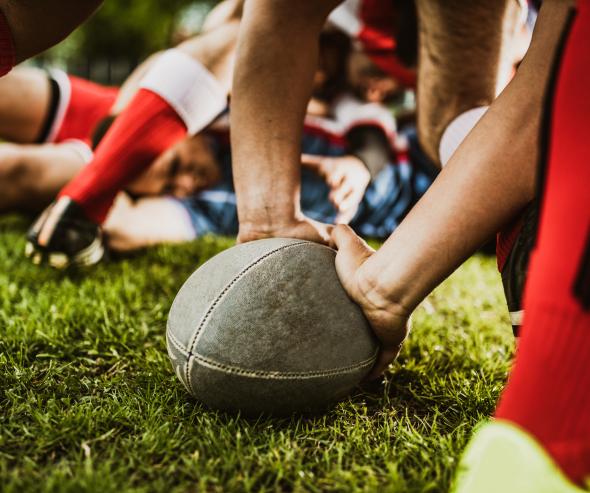 Following a referral by beIN Sports, the Autorité de la concurrence suspends the agreement concluded between the French Rugby national League and Group Canal Plus
which awarded the latter exclusive rights for the broadcasting of Top 14 matches during five seasons.

To avoid disturbing the championship which is about to begin, the suspension will be effective at the end
of the 2014/2015 broadcasts.

A new call for tenders for awarding broadcasting rights for the following seasons must be organized
by 31 January 2015 at the latest.

Following a complaint with request for urgent interim measures filed by beIN Sports, the Autorité has ordered the French Rugby national League and Canal Plus (Société d’Edition de Canal + et Société Groupe Canal +) to suspend the agreement concluded on January 14th, 2014 granting Canal Plus exclusive broadcasting rights for the Top 14 matches for a period of five years.

The Autorité decided that this suspension should be effective from the end of the 2014/2015 season in order not to harm in a disproportionate way clubs’, broadcasters and viewers’ interests. Rights for the following seasons should be the subject to a new call for tenders in transparent and non discriminatory conditions.

In December 2013, after the failure of private negotiations with Canal Plus on the upgrading of the Top 14 television broadcasting rights, the national League decided to withdraw from the contract with Canal Plus before its date of termination. Consequently, it announced the launch of a call to tender for the award of broadcasting rights for the following four seasons (2014/2015 to 2017/2018).

In reaction, Canal Plus filed several law suits and, in particular, applied to the presiding judge of the Tribunal de grande instance de Paris for a motion to issue an interim injunction requiring a suspension of the call to tender. The League interrupted the call to tender on 10 January 2014, without awaiting the court judgement. Then, on 14 January 2014, it granted entire and exclusive rights for five seasons (2014/2015 to 2018/2019) to Canal Plus, after negotiating a private agreement.

In March 2014, beIN Sports complained about the conditions under which these rights had been granted.

In the current state of the investigations, the agreement described above between the national League and the Canal Plus Group and the ways through which it was negotiated and subsequently entered into are liable to reveal that the agreement was anti-competitive.

The Autorité de la concurrence considered that the Top 14 rights had become particularly attractive due to the interest in this competition manifested by subscribers and the large audiences it attracts. The level of interest gained through the broadcasting rights, comparable to those achieved by some football matches, is a manifestation of this activity. All these factors show that broadcasting the Top 14 drives up subscriptions for pay-tv stations. In this respect, rights to the championship are liable to be defined as premium rights and, for a limited period, they should be marketed under transparent and non-discriminatory conditions, in accordance with case law.

The fact that in Autumn 2013, the League and Groupe Canal Plus (GCP) successively entered into private negotiations in order to extend the Canal Plus’ exclusive rights, and subsequently stopped accepting bids before the deadline for bids, restarting exclusive negotiations in January 2014 resulting in an agreement assigning the entirety of the rights to Top 14 matches for an extended period (five years) to GCP, are factors liable to reveal an anti-competitive situation. GCP’s competitors were thus unable to participate in the assignment of rights to the Top 14 matches and would not have had the option of access, in whole or in part, to these attractive rights for a period of five years.

The Autorité decided to order interim measures, finding that there had been a serious and immediate attack on the pay television sector and on consumers’ interests, since allocating the entirety of the rights to the top 14 for five years to GCP would have had the effect of reserving the matches in this competition to viewers able to afford to subscribe locally to a service costing 40 euros per month and denying even partial access to rebroadcasts to interested consumers who were paying a mid-range subscription of about 12 euros per month. The situation could also damage the development of beIN Sports, the only new entrant that may potentially drive competition in sports programmes on subscription television.

Consequently, and while awaiting a judgement on the substance of the case, the Autorité de la concurrence pronounced the following measures: