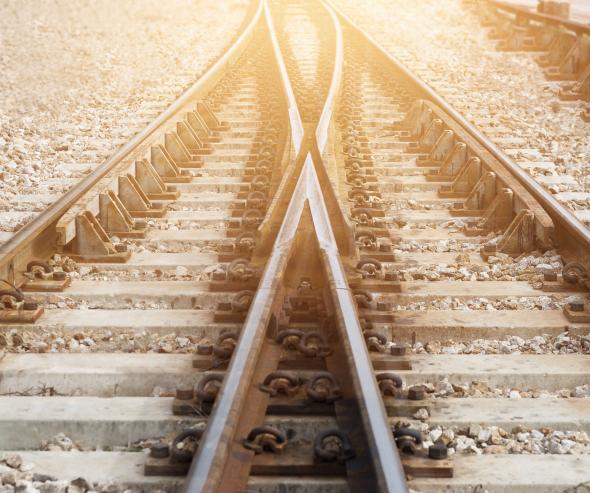 A fine and an injunction are imposed to the SNCF

Following the opening of ex officio proceedings in 2008 and a complaint filed by Euro Cargo Rail in 2009, the Autorité de la concurrence issues today a decision, by which it fines SNCF a total amount of €60.9 million for having implemented several practices that hindered or delayed the entrance of new operators in the railway freight sector.

These practices amount to an abuse of a dominant position and distorted competition in the specific context of the sector’s effective opening to competition from 31 March 2006 onwards.

In essence, the penalised practices, on the SNCF’s part, were as follow:

Moreover, the SNCF practiced, to some of its customers, very low prices – lower than the costs incurred – for transport services by full-train-load, which made impossible any competition from new entrants. The Autorité did not fine the SNCF in this regard, but has issued an injunction against it so that it would take all the necessary steps, namely accounting and commercial steps, in order to avoid such practices in the future. These measures shall be effective after a period of 3 years.

The Autorité dismissed the other objections that were notified to the SNCF, considering that they were not established.

THE RAILWAY FREIGHT SECTOR
The SNCF operates in the freight market through its SNCF Géodis branch (then called Freight branch). As an incumbent operator, it held, when the practices started, the totality of the market because of its legal monopoly. Afterwards, its market share remained very high (77% in the full-train-load market segment in 2009). Its material and human resources enabled it to absorb all of the demand at the time of the facts, on the contrary to the other rail companies existing in the market.

Customers with great goods volumes that need transporting most often go through full-train-load services, that is, solely composed of their own goods (as opposed to wagon-load services). For this purpose, they must have « rail-connected » facilities, which are connected to the national rail network, in order to accommodate trains and unload them.

In addition to its freight business, the SNCF is a Delegated Infrastructure Manager (hereinafter DIM) for the Réseau Ferré de France (RFF – French Rail Network), which remunerates the former for such work. As such, when new rail companies request train paths allocations or to visit technical sites, the SNCF gathers sensitive and confidential information on the strategy and business behaviour of its rivals. Thus, it knows, for instance, of the customers canvassed, of the calls for tenders concerned, of the transport plans considered by its competitors (paths used, train length, transported tonnage, schedule, traffic origin and destination, etc.).

The dawn-raids carried out in the SNCF’s premises established that the Freight branch of the SNCF had access to such confidential information and used it for its own commercial interest. In some cases, it aligned its market strategy with the traffics which were specifically targeted by its rivals (immediate customer contacting in order to define their needs or talk about prices and reasons why a customer wished to switch operators; thorough reviewing of its market strategy in certain geographical areas and for certain types of goods; a posteriori reconstruction of a rival’s transport plan on the basis of the supplied information in order to “take advantage of it” and to design aggressive and targeted commercial offers).

This practice, which cannot be described as “competition on the merits”, artificially hampered the business of the SNCF’s competitors and hindered the proper functioning of competition in the sector.

The SNCF implemented practices aiming to prevent its competitors from accessing rail capacities that were essential to their business (freight yards, train paths, wagons).

Freight yards are adapted grounds, linked to the network, that enable the loading and unloading of goods between rail and road. These terminals make for essential infrastructures for freight rail companies, which need to access them in order to run their business. The SNCF is both user and manager of many of these infrastructures when it comes to other rail companies accessing them.

Despite its regulatory obligations and repeated demands from the RFF, the SNCF published the list of these equipments rather late and, above all, refrained from specifying, transparently and sufficiently clearly, the use and pricing conditions, thus forcing its rival rail companies to enquire at its one-stop shop.

Without clear enough information that would enable them to anticipate autonomously the conditions under which this use would be possible, rail companies were unable to canvass customers in an efficient manner or to design offerings in a convincing manner.

The overbooking of train paths

Trains paths are necessary infrastructure capacities to move a train from one point to another within a defined time period. Their allocation, made upon request from the rail companies, is accomplished by the RFF, as Infrastructure Manager (IM). Access to these train paths by newly entrant companies determines their ability to offer railway freight services in the market.

The documents collected by the Autorité show that the SNCF deliberately engaged in a train paths overbooking policy on a large scale and did not release the ones it was not using (or did so very late).

The other rail companies operating in the freight sector were consequently deprived from the possibility to use these paths: some of them were deterred from participating in certain calls for tenders or were unable to honour already-made orders.
This was, for instance, the case for the ECR which, for lack of available train paths since they were all booked by the SNCF, could not carry out, in 2008, the transport services which it had been selected for by the Lafarge company.
In some cases, the unavailability of train paths forced competing operators to resort to alternative solutions which debased the quality of service proposed to shippers and increased their costs.
For instance, for lack of train paths to supply the Basaltes group, in early 2007, at the Vignats quarry, ECR had to agree to a carriage by night line and to carry out the final delivery to the customer by truck, at its own expense.
The overbooking of EX wagons

“EX”-type wagons are specifically used for large tonnages transportation: thus, they are particularly adapted to the delivery of, for instance, quarry products or aggregate for concrete mixer and asphalt plants. In 2006, at the time of the opening up of the railway freight sector to competition, the only rental company providing such wagons in France was the SGW company (SNCF group), with which all other EX-wagon owners and holders had entrusted their fleet’s property management.

It has been proved that the SNCF kept the exclusive use of the whole EX-wagon fleet, managed by SGW, to itself, and did not use it all after all.

However, during the first two years after the opening up of the market to competition, EX wagons represented an essential resource on the short term, that would have enabled the SNCF’s competitors to enter and develop in the market.
In the face of the unavailability of EX wagons, ECR and Colas Rail were forced to resort to alternative solutions to maintain their aggregate transport services. They resorted to lower-performance wagons which had to be adjusted, or to imported wagons, initially not built for aggregate transport, or to EX wagons built especially for them, but which were only available, at best, in the year 2008.
Furthermore, this shortage enabled the SNCF to retain some of its customers, who contemplated switching to competing services, and to cut itself from any competitive pressure by imposing on them, in some cases, trade conditions that were less profitable for them.

The SNCF applied prices, to some customers and to some traffic, lower than the incurred costs, with an aim to maintain its position on the market and artificially prevent its competitors from entering the market.

In the context of the opening up of the market to competition, rail companies entered the market, as of 2007, by offering substantially lower prices that the SNCF’s (as low as 20% for certain traffic). The price gaps have, among other things, led the SNCF to adopt a trade policy, by which it lowered its prices, notably for the most profitable traffic, primarily targeted by its rivals. This below-cost pricing policy was implemented even though the SNCF was experiencing, when the facts occurred, heavy and recurring losses in its railway freight business.

The documents in the case show that, in the years 2007, 2008 and 2009, the SNCF generally covered its direct costs relating to full-train-loads traffic, but did not cover its support and structural costs. For some traffic, the SNCF deliberately drew up offerings regardless of their profitability and used undervalued cost quotations, which enabled it to retain the market.

An e-mail of 15 December 2006 from the former Sales Director of Fret SNCF, seized during the dawn-raids, illustrates this:

“Referring back to the matter of three-year contracts that would incur losses no matter what (confer our conversation yesterday) (...) In 3 cases, and for defensive reasons, we completed sales at market price regardless of profitability in order to prevent any hegemonic presence of our competitors (Basaltes in Voutre Neuillé, Ineos in Fos Italy, and Eurorail on Epinal Spain). (...) we kept improving our margins without being able to ensure that it was positive. This action was part of our desire to keep penetration by new entrants at A MINIMUM” (classification mark 38 749).

The SNCF, therefore, could maintain – at the expense of competitors at least as efficient as itself – the most important contracts in terms of turnover and the most strategic ones; market penetration by new entrants could only happen on the basis of smaller contracts, less conducive to their development.

THE OBJECTIONS THAT WERE NOT RETAINED AGAINST THE SNCF

During the investigation, 13 objections were notified to the SNCF. The Autorité de la concurrence set 8 of them aside, deeming that the practices concerned were not established:

> For more information on this case, please consult Decision 12-D-25 of 18 December 2012 on practices implemented in the railway freight sector (in French)