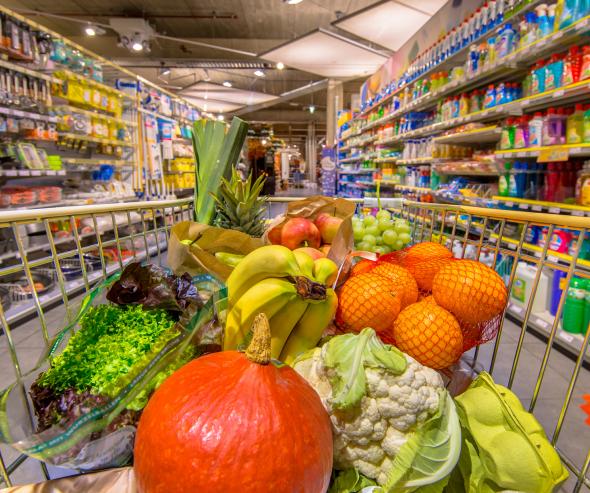 Following its investigation into the joint purchasing agreement signed by Carrefour and Tesco, the Autorité de la concurrence received commitment proposals from the two groups redefining the scope of their cooperation on own-brand labels.

In May 2018 (see press release of 16 July 2018), following the transmission of several planned joint purchasing agreements, the Autorité decided to open an investigation into each of these agreements, Auchan/Casino/Metro/Schiever and Carrefour/Système U, to assess their impact on competition upstream (on suppliers) and downstream (on consumers). Another investigation was then opened concerning the joint purchasing agreement between Carrefour and Tesco (the Alliance).

Following on from this last investigation, the Autorité started proceedings ex officio to investigate the merits of the case and then consider interim measures on the basis of the framework specific to purchasing offices introduced by the Egalim Law in September 2019. In respect of joint purchasing agreements, the Autorité has the power to start proceedings ex officio to take interim measures[1].

The Carrefour/Tesco agreement, termed “alliance”, concerns two areas: the joint purchase of own-brand products and the joint provision of international services for the benefit of suppliers.

Competition concerns raised: a weakening of suppliers of own-brand products

The investigation of the agreements signed by Carrefour and Tesco identified competition concerns regarding the section on own-brand products.

This is because the upstream supply market is marked by contractual conditions that are somewhat unfavourable to suppliers (lack of exclusivity, short-term contracts, lack of volume commitments by retailers), limiting their market power. The relatively low profitability of these companies reflects this weak market power. Moreover, a significant proportion of the own-brand range is produced by small companies (SMEs and microbusinesses), which are more vulnerable to sharp changes in conditions for marketing their products, whether this involves price reductions or a drop in volume that could result from the consolidation of the parties’ purchases.

However, if specifications of own-brand products are ultimately defined by the retailer, the process to develop them also involves suppliers upstream during the product design phase, with these suppliers then playing an important role in the innovation of certain products.

The implementation of cooperation agreements could therefore undermine companies that are part of the innovation process for own-brand products and reduce the ability of suppliers – or even the incentive for them – to invest and innovate, thereby harming the well-being of consumers in the retail market.

Proposed commitments: a reduction in the scope of the existing joint purchasing agreement

The outcome of the procedure

Following the commitment proposals made, the Autorité published them on its website and invites interested third parties (suppliers, competing retailers, trade associations, and consumer protection associations) to submit their comments by 9 November 2020 at the latest.

At the end of the procedure, if the proposed commitments, potentially supplemented and amended, are likely to remedy to the competition concerns raised, the Autorité may proceed to close the case, noting the commitments, which will then become obligatory.

Other procedures in progress

The Autorité is currently conducting investigations into other cases involving joint purchasing agreements.

Commitments proposed by Auchan/Casino/Metro and Schiever were subjected to a market test this summer (see press release of 25 June 2020). The decision of the Autorité will be issued shortly.