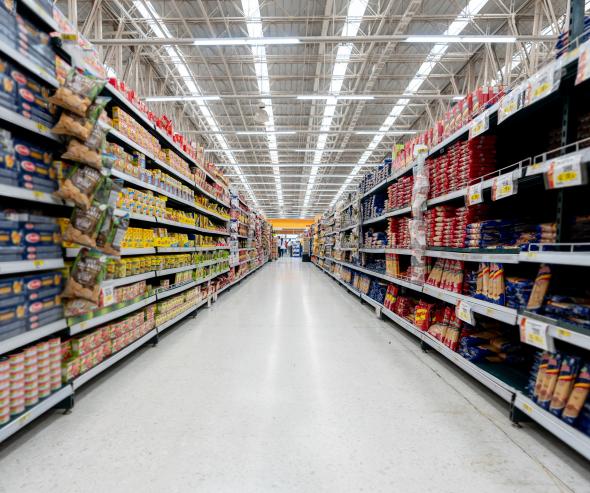 The Autorité de la concurrence launched several inquiries to examine the joint purchasing agreements in the food retail sector. It has received proposals for commitments relating to the agreements concluded between Casino, Auchan, Metro and Schiever.

These commitment proposals aim to revise the cooperation agreement relating to retailers’ own-brand labels and to limit it in order to exclude the purchase of several categories of products from the scope of the agreement, notably agricultural, and to limit the volume of purchases of other products.

In May 2018 (see press release of 16 July 2018), the Autorité decided, following the communication of two planned joint purchasing agreements - between Auchan / Casino / Metro / Schiever, on the one hand, and Carrefour / Système U, on the other hand - to launch, for each of these agreements, an investigation to assess their competitive impact upstream (suppliers) and downstream (consumers). Another investigation was then opened regarding the purchasing partnership between Carrefour and Tesco.

As an extension of its investigation into the agreement between Auchan / Casino / Metro / Schiever, the Autorité started proceedings ex-officio into the merits of the case then has taken urgent interim measures on the ground of the specific mechanism for purchasing offices introduced by the Egalim law in September 2019. Since the Egalim law of 30 October 2018, the Autorité has indeed the power, in matters of joint purchasing agreements, to start proceedings ex officio in urgent interim measures[1], which may lead to the suspension of agreements.

In recent years, mass distribution brands entered into numerous purchasing agreements[2] in order to consolidate their purchases and obtain better trade conditions from suppliers. Depending on the case, the agreements may include:

- the joint supply of international services for the benefit of suppliers,

The investigation of agreements concluded between Auchan and Casino identified competition concerns likely to be raised by the joint purchasing agreement, and this, mainly on the part relating to retailers’ own-brand labels.

The upstream supply market is affected by rather unfavourable contractual terms for suppliers (lack of exclusivity, short-term contracts, absence of volume commitments from distributors). It is also characterized by a decrease in volumes during the years preceding the implementation of agreements, and has a relatively low profitability. In addition, a significant part of the supply is produced by small businesses (SMEs, very small businesses), which by their nature are more likely to be the subject of a sudden change in the marketing conditions for their products, be it a price decrease or volume loss that could result from the massification of the parties' purchases.

However, if the specifications for retailers’ own-brand labels products are ultimately defined by the distributor, its development process also involves upstream suppliers during the product definition phase, which then plays an important role in the innovation of certain products.

The implementation of partnership agreements could thus weaken companies that are part of the innovation process for retailers’ own-brand labels products and reduce the ability, even the incentive, of suppliers to invest and innovate, and thus harm the consumers’ well-being in the retail market.

The development of different forms of cooperation between competing distributors aimed at achieving joint revenue from their products could be likely to reduce the competitive intensity between the two distributors, or even their incentive to compete in the future.

The proposed commitments: a reduction in the scope of the existing purchasing partnership agreement

The commitments propose to exclude certain families or subfamilies of the partnership products, either because of the sensitivity of suppliers (agricultural producers in particular) to price purchase reductions or purchased volumes from the family of products in question, either because of the potentially “differentiating” nature of these references.

Auchan, Casino, Métro and Schiever offer, in particular, to exclude from the partnership agreement, for 5 years:

For milk and eggs, however, parties reserve the right to draw up tripartite sector contracts via the purchasing alliance;

In addition, the groups undertake to limit their cooperation to 15% of the market volume for several families of products including in particular potatoes, flours, sugar, canned meats, vegetables, or fish...

Consequences of the procedure

At the end of the procedure, if the proposed commitments, possibly supplemented and amended, are likely to respond to the competition concerns expressed, the Autorité may proceed to close the case, taking note of the commitments, which will then become mandatory.