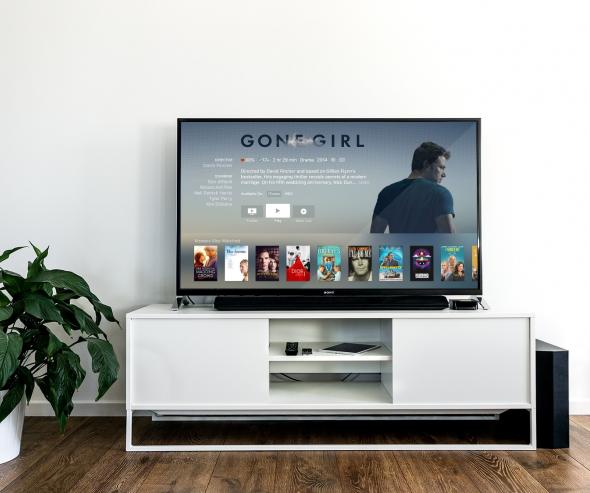 In the context of the reform of the audiovisual sector, the Committee on Cultural Affairs and Education of the French National Assembly (Assemblée nationale) referred this matter to the Autorité de la concurrence, which today delivers its opinion.

In the face of the digital revolution, the Autorité is announcing its proposals for reforms to ease the constraints on incumbent audiovisual stakeholders to enable them to compete on equal terms with online video platforms (Amazon, Netflix).

Last June, the Autorité de la concurrence was asked by the Committee on Cultural Affairs and Education of the French National Assembly (Assemblée nationale) to give its opinion on the upcoming government bill on audiovisual reform.

After several months of investigation, hearings and information gathering with stakeholders in the sector, the Autorité de la concurrence is now issuing its opinion and making several recommendations aimed at relaxing the current legislative and regulatory framework in order to take into account the sector's digital revolution and enable the incumbent players to compete effectively with the new video distribution platforms.

Among these, the Autorité principally proposes:
- to relax the obligations relating to broadcasters' investments in cinematographic and audiovisual works;
- to open up television advertising to prohibited sectors (cinema, publishing, mass retail promotional campaigns),
- to allow targeted advertising based on the model of advertising on the Internet.

THE DIGITAL REVOLUTION: AN UNPRECEDENTED CHANGE FOR THE AUDIOVISUAL SECTOR

Although DTT broadcasting remains very popular today, the majority of consumers now access programmes via the triple play or quadruple play offers of Internet service providers (ISPs) or, without going through ISPs services, through "Over The Top" (OTT), i.e. directly on the open Internet, for example via a connected television.

With these new forms of broadcasting, made possible by the gradual expansion of broadband and high-speed broadband, new companies have recently entered the market: mainly subscription video-on-demand (VOD) platforms such as Netflix or Amazon Prime Video. These platforms, which enable new uses and more freedom for consumers, are enjoying very rapid success: Netflix, which entered the market in 2014, now has more than five million subscribers, more than Canal Plus.

For consumers, the new platforms make it possible to watch a film, a series, a work of fiction, or a documentary “when you want, where you want and with the device you want.” This shift to nonlinear media, which are free from the programme schedules of linear television channels, offers the liberty of choosing to watch a programme from very rich catalogues available on any terminal: computer, tablet, laptop, connected TV, including large international productions, for a reduced price (€8-13 for Netflix, and without additional cost for Amazon Prime subscribers).

In terms of business model, these new platforms also innovate by integrating content production, publishing and distribution functions, i.e. the entire traditional audiovisual value chain, into the same company.
Netflix and Amazon invest heavily in the production of programmes, particularly “original” programmes that they produce directly, with full exploitation rights in all regions and for a very long time. As a result, their investment capacity is disproportionate to that of suppliers of national channels since their subscriber base is global and not national, and the rights in the catalogue have no termination date.
In addition, unlike linear channels, digital platforms benefit from access to their users' data, enabling them to constantly improve their offers as well as their recommendation algorithms.

INCUMBENT OPERATORS DESTABILISED BY THE EMERGENCE OF VIDEO PLATFORMS

Faced with these new uses, the business models of both pay and free channels are being challenged in a major way.

The number of pay-TV subscribers is falling, given the attractiveness of the new platforms' nonlinear programming, the wide selection of their premium subscription and the low cost of their offers. Pay-TV operators must therefore lower the prices of their subscriptions, which reduces their resources to invest in the most attractive programmes (sports, cinema, series).

For free channels, the duration of individual viewing time is beginning to decrease, and therefore their advertising revenues are stagnating due to the growing popularity of on-demand programmes, and widespread “binge watching” of web series. This stagnation in viewing time is in addition to competition from targeted Internet advertising, which is increasingly popular with advertisers but prohibited for linear Hertzian/over-the-air television.

The new international offers, broadcast on the global Internet, are virtually unregulated, while for national incumbents, sector regulation is still based on the historical model of linear over-the-air broadcasting. Once protective for the entire sector, this regulation, which was particularly developed in France compared to other European countries, now imposes asymmetrical legal constraints, which weigh only on national incumbent stakeholders and limit their ability to adapt to market changes and meet consumer expectations.

As a result, incumbents cannot develop targeted advertising when they retransmit their programmes using ISPs.

Similarly, the development of VOD platforms enabling them to make the works they have financed available to consumers is constrained by obligations relating to investment in content.

The new European regulation resulting from the recently adopted Audiovisual Media Services Directive (Directive Services de Média Audiovisuels) will make it possible to only very partially resolve this regulatory asymmetry, in particular because its application will require delicate coordination among the regulatory authorities of all Member States.

In order to enable the incumbent stakeholders to better meet the challenges of the digital revolution, the Autorité advocates the liberalisation of obligations imposed exclusively on incumbents in terms of both advertising and programmes.

The Autorité proposes to allow channels to offer new forms of targeted advertising.

Certain sectors are banned from television advertising in order to protect cultural diversity and the resources of other media. In view of the uncertainty about the effectiveness of the framework, insofar as these sectors make extensive use of digital advertising, the Autorité proposes to allow the broadcasting of advertising for cinema, publishing and mass retail promotional campaigns.

French regulations require suppliers of TV channels to contribute to the financing of film and audiovisual production, some of which must qualify as “independent production”. It thus organises a system of compulsory, complex and differentiated investments according to television services and genres (cinema and audiovisual, stock and flow programmes, etc.), which hinders the suppliers of TV channels' freedom to build a programme schedule.

In addition to these production obligations, there is a quota (75%) necessarily reserved for “independent” works for which exploitation and broadcasting rights of broadcasters on the works they order are very closely limited for the benefit of the producer. Unlike international platforms, broadcasters cannot therefore exploit these rights abroad or on their own VOD platforms other than for a very limited time, even though they are quite often responsible for most of the financing of these works.

The suppliers of TV channels are therefore disadvantaged in that, on the one hand, they cannot vertically integrate as do digital platforms that buy production studios and, on the other hand, they cannot acquire exclusive long-term rights to exploit a work through various services in France and/or abroad and thus create the audiovisual services that are popular with viewers.

In the absence of such a change, French audiovisual media services could be weakened by competition from digital platforms and no longer be able to continue financing French production, independent or otherwise, at significant levels.

The Autorité therefore supports a relaxation of these provisions.

A pooling of obligations at the level of television groups must be introduced in order to preserve the necessary flexibility in the channels' investment choices and the differentiation of editorial guidelines within the group.

In addition, a certain amount of pooling should be introduced between the “corridors” of audiovisual and film production obligations in order to enable TV channels to adapt to changing public tastes and market conditions.

Maintaining an obligation to use independent creation makes it possible to avoid excessive concentration, which undermines the availability of content and ultimately the diversity of the offer. But this can be done by limiting the definition of independence to the capital independence of the producer from the broadcaster, without setting the conditions for contractual negotiation on the distribution of rights.

Suppliers of TV channels who have financed the work should be able to negotiate broadcasting rights (e.g. for linear and VOD platforms) and marketing agreements directly with the producer, particularly for foreign markets, in order to compete on equal terms with other linear and nonlinear European and international stakeholders.

The Autorité recommends simplifying the conditions for broadcasting content by removing, or at least relaxing, the “prohibited days” rule, which prohibits the broadcasting of films on Wednesday and Friday evenings, Saturday all day and on Sundays before 8:30 p.m. This provision no longer makes sense as the films are available at any time on VOD platforms.

These provisions, which are in addition to the normal merger control framework, appear to be outdated due to economic developments in the sector. While safeguards guaranteeing pluralism remain necessary, the current provisions apply only to television operators and therefore exclude an increasingly significant proportion of content providers. The Autorité therefore calls for an overhaul of the framework.

All these adaptations are urgent to avoid incumbent stakeholders becoming blocked in their efforts to adapt and gradually marginalised on the national and international markets, which will ultimately harm the entire sector. The Autorité therefore recommends that, without waiting for the law to intervene, the provisions relating to advertising and production obligations in the decrees of 27 March 1992 and 2 July 2010 be quickly reformed in line with the above recommendations.