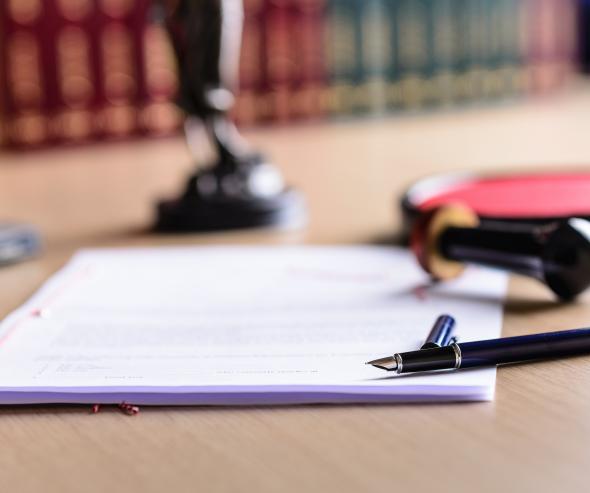 The process of progressively opening up the two professions, which are scheduled to merge into the new profession of commissioner of justice in 2022, is producing encouraging results and should continue.

Pursuant to the “Macron Law”, the Autorité is making new recommendations to encourage the gradual establishment of new professionals.

It recommends establishing 100 new bailiffs and 3 new judicial auctioneers in private practice by 2022.

Pursuant to Law 2015-990 of 6 August 2015 on Growth, Activity and Equal Economic Opportunities (“Macron Law”), the Autorité de la concurrence today proposed to the Ministers of Justice and the Economy revised maps of establishment areas for two professions: court bailiffs and judicial auctioneers. These maps are accompanied by recommendations relating to the pace of creation of new offices for each of these professions during the period 2020-2022. The law provides that these maps be revised every two years.

The aforementioned decrees of 28 December 2017 set a goal of 202 appointments of bailiffs and 41 appointments of judicial auctioneers.   In practice, despite the very high number of candidacies (over 2,400 for bailiffs and 540 for judicial auctioneers) and the strong mobilisation of the Chancellery’s services in order to process the applications, the duration and complexity of the appointment procedure were such that this goal will probably not be achieved by December 2019.

Increased staffing and a higher percentage of women

The jobs created in the wake of the reform have served to stem the fall in the number of bailiffs in private practice and to increase the number of judicial auctioneers in private practice to above 2014 levels while ensuring a stronger female presence in both professions (the share of female bailiffs has increased to 39.7% in 2019 compared to 31.2% in 2014 and the share of female judicial auctioneers has increased to 26.8% in 2019 compared to 23.5% in 2016).

Unequal impacts on the age of practising professionals

By 2026, the Autorité considers that there could potentially be between 450 and 500 establishments of new bailiffs in private practice and between 25 and 30 establishments of new judicial auctioneers in private practice. To achieve this goal, and in light of the relevant information collected during the investigation designed to analyse short-term developments in the activity of the two professions, the Autorité recommends that the government create additional offices for the free establishment of 100 new bailiffs in 32 establishment areas and 3 new judicial auctioneers in three establishment areas during the period of validity of the next map (2020-2022), which should be added to the carry-over from the recommendations that were not achieved during 2020-2022.  The pace of creation adopted is therefore a little slower than for the previous map (2018-2020).

In parallel, the Autorité has also defined 67 and 97 orange areas respectively in which it did not in principle identify any current need for the creation of offices for bailiffs and judicial commissioners. For bailiffs, nine former green areas (including Finistère and Isère, for example) saw one or two offices created in accordance with the 2018-2020 map with the effect that the supply of bailiff services now matches demand.  For judicial auctioneers, the national network has been strengthened with several former “green areas” on the first map becoming orange areas on the second map. These mainly rural areas (such as Sarthe, Doubs, Somme and Ain) have had one office created in accordance with the previous map.

Lastly, to accompany its proposed map, the Autorité has issued a series of six recommendations which are specifically designed to improve implementation of the reform and thereby ensure the free establishment of bailiffs and judicial auctioneers.

Public and ministerial officials, bailiffs and judicial auctioneers are appointed by the Minister of Justice to an existing, vacant or newly created office. The Macron Law introduced a principle of regulated freedom of establishment in order to lower barriers of entry to these professions and to adapt territorial coverage to the needs of the economy.

Within the framework of this system, the Autorité's mission[1] consists in proposing to the government, every two years, maps[2] that identify areas where the establishment of bailiffs and judicial auctioneers is free (“green areas”)[3] and areas where establishment is regulated (“orange areas”)[4].

The first maps proposed by the Autorité within the framework of Opinions 16-A-25 and 16-A-26 of 20 December 2016 were enacted via two joint decrees of the Ministers of Justice and the Economy of 28 December 2017, which defined respectively 35 and 36 green areas (out of a total of 99 areas) in which 202 new liberal bailiffs and 41 new liberal judicial auctioneers were called to establish themselves by the end of 2019.

Before formulating new recommendations for 2020-2022, the Autorité carried out an inventory of the state of supply and the establishment of the relevant professionals. It made a quantitative and qualitative assessment of supply over the period 2014-2018 based on the latest available consolidated economic and financial data. Based on this inventory, the Autorité makes the following observations:

II - Quantitative recommendations of the Autorité for 2020-2022: 100 new bailiffs and 3 new judicial auctioneers

For its work to revise the map, the Autorité decided to renew the methodology used to draw up the first maps for both professions, which had been validated in all points by the French Administrative Supreme Court (Conseil d’État) at the time of the litigation brought against the bailiffs’ map (Decision 417958 of 21 August 2019).

By applying this method to updated data, particularly concerning turnover and staffing in the two professions, and by reasoning from the situation where, on the expiry date of the first map, all the appointments provided for by the decrees of 28 December 2017 would be effective (which is a protective approach for the professionals since, in reality, this will not be the case), the Autorité estimates that the potential is between 450 and 500 new bailiffs in private practice and between 25 and 30 new judicial auctioneers in private practice by 2026.

To achieve this objective, and in light of the relevant information collected during the investigation, it proposes to create additional offices for the free establishment of 100 new bailiffs spread across 32 establishment areas and 3 new judicial auctioneers spread across 3 establishment areas (out of a total of 99 areas) over the period of validity of the next map (2020-2022) in proportion to the locally identified needs. The remainder of the recommendations not met during the previous period (2018-2020) must be added to the newly created offices.

[2]The areas concerned cover all the départements of Mainland France, except those of Bas-Rhin, Haut-Rhin and Moselle. It also includes the départements of Guadeloupe, French Guiana, Martinique, La Réunion and Mayotte as well as the French overseas collectivities of Saint-Barthélemy, Saint-Martin and Saint-Pierre-et-Miquelon.

[3]In areas “where locating offices appears useful to improve proximity or the supply of services”, applications for establishment that meet the conditions laid down are likely to be accepted within the limit of the recommended rate of creation.

[4]In areas where no need for creation has been identified, the Minister of Justice may refuse an application for appointment to a new office only if it is likely to “undermine the continuity of operations of existing offices and compromise the quality of service rendered”. The ministerial refusal shall state the reasons on which it is based. It comes after a public opinion by the Autorité de la concurrence.

[5]For 50% of bailiff offices, this rate exceeds 33% whereas it exceeded 36% in the previous period.

[6]For 50% of judicial auctioneer offices, this rate exceeds 32% whereas it exceeded 36% in the previous period.

In line with the wishes of the Legislator, the Autorité is also making a series of recommendations to the government to ensure the success of the reform that are intended to:

For bailiffs, the Autorité also recommends clarifying, through national guidelines, the respective roles of those responsible for organising the oath-taking of professionals appointed at local level.

For judicial auctioneers and the future commissioners of justice, the “residency monopoly” could also be terminated.

See full text of the opinion
Print the page