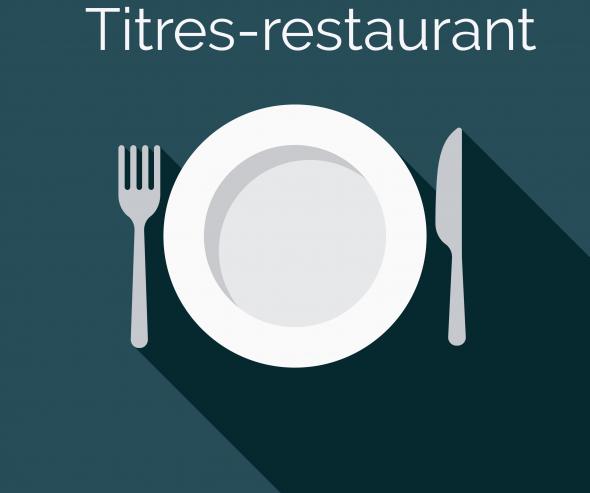 The Autorité has been informed of anti-competitive practices in the meal vouchers sector by the company Octoplus (Resto Flash), which offers a mobile application for the payment of meals, as well as by several professional trade unions - the SNRTC (Syndicat National de la Restauration Thématique), the SNRPO (Syndicat National de la Restauration Publique Organisée) and the CPIH (Confédération des Professionnels Indépendants de l’Hôtellerie1) -. After investigation, the Autorité fines of nearly 415 million euros the four historical issuers of meal vouchers in France: Edenred France, Up, Natixis Intertitres and Sodexo Pass France as well as the Centrale de Règlement des Titres (CRT), which ensures, on their behalf, the processing and reimbursement of meal vouchers with their customers, considering that these players have disregarded competition law by implementing anticompetitive practices.

Two types of practices were implemented:

The meal voucher is a form of payment allowing employees of companies and administrations who  benefit from it to pay the price of a meal or certain food products that can be used in the composition of a meal, such as fruit and vegetables or frozen foods.

In practice, specialised companies ("issuers"), like Edenred France, Up, Natixis Intertitres and Sodexo Pass France, issue and sell meal vouchers to employers, for the payment of a sum corresponding to the face value of meal vouchers2. The companies then give these titles to their employees at a lower price. The merchants then receive the vouchers in payment for the meal or the products. They then present these vouchers to issuers for reimbursement.

These meal vouchers are distributed by 140,000 companies and benefit 4 million employees, who can use them in 180,000 shops (restaurants and local shops).

The meal vouchers sector has a high level of concentration: four operators (Edenred France, UP, Natixis Intertitres and Sodexo Pass France) hold almost 100% of the meal vouchers market (paper and dematerialised vouchers combined). The sector also has the particularity of bringing these four operators together in a common structure, the Centrale de Règlement des Titres (CRT), which pools, for the latter, the processing of vouchers and their reimbursement to merchants. Other players only issue dematerialised vouchers, such as Moneo Payment Solutions (Moneo Resto), Caisse Fédérale du Crédit Mutuel (Monetico Resto) or Octoplus (Resto flash)3. Their combined market share does not exceed 1.5%4.

The companies and brands affected by the decision are as follows:

The four issuers exchanged confidential commercial information through the CRT, which led to a reduction of their commercial autonomy

It appears from the facts of the case that the CRT has transmitted since 2010 to the administrative and financial directors of its member-policyholders (Edenred France, Up, Natixis Intertitres and Sodexo Pass France) monthly “dashboards” which retrace the market shares of each of its member-policyholders. These dashboards notably recorded the number of meal vouchers processed by the CRT in the previous month, disaggregated at the issuer level, as well as the monthly market share of each issuer, calculated from the number of vouchers processed.

Given the characteristics of the market, and notably the high concentration of the meal vouchers sector, its transparency, the monthly frequency of exchanges, the level of disaggregation of the data exchanged, their confidentiality, these data were of strategic use for issuers. Thanks to this information, each issuer was able to detect any change in the pricing strategy of its competitors and therefore to dissuade it from adopting any aggressive pricing behaviour.

The four issuers have also adopted a series of agreements aimed at locking the meal voucher market.

The CRT has been a major player in the sector for decades. Membership to the CRT allows its member-policyholders to benefit from economies of scale in terms of processing costs, to simplify management for merchants, by reducing the number of contacts, and above all, given its single point of contact, providing access to all merchants.

To become a member-policyholder, the CRT articles of association provide that you must “be presented by a member of the Association” and “be approved by the Board of Directors”, the latter having the power to “rule on the 'admission or exclusion of Members”. The admission decision "does not have to be reasoned" and an entry fee is "possible".

This lack of transparency on the access conditions gives full freedom to the historical member-policyholders to select the competitors wishing to join the CRT, with the risk of arbitrariness and discrimination that this may involve.

The Autorité considered that the membership conditions for joining the CRT were non-objective and non-transparent. The evidence in the file (meal vouchers dematerialisation project presentation document) attest the CRT's desire to maintain the competitive structure of the market, by preserving the positions of the four players, and to control the entry of new players: this document thus referred to the fact of "controlling new entrants by developing a new medium", and "not facilitating the entry of new players".

Under a "Protocol" signed by the four historical issuers in 2002, the member-policyholders of the CRT undertook "to have the CRT carry out the processing with a view to reimbursing all of their meal vouchers (…), all these titles being materialised or dematerialised”. This exclusivity clause was supplemented by a provision according to which the issuers who are members of the CRT refrain from developing, outside the CRT, an electronic payment platform making it possible to manage the processing of dematerialised vouchers.

In the event of a breach by a member-policyholder of the reciprocal exclusivity clause, sanction measures were provided for: "10% of its provisional annual share of the expenses of the CRT". In the event of persistence, a measure of exclusion from the CRT could even be pronounced on the grounds of the articles of association.

The "Protocol" thus made it possible to give each issuer the guarantee that none of its competitors would participate in the development of a system for accepting dematerialised vouchers outside the CRT.

Practices which, together, concerned the entire meal voucher sector

The practices fined by the Autorité began in 2002, when Natixis Intertitres joined the CRT, and only a few months after the adoption of a sanction decision by the Autorité against the three other historical issuers and the CRT. Accor (Titres Restaurant now Edenred), Sodexho Chèques et Cartes de services (now Sodexo Pass France), Chèque-déjeuner (now Up) and the CRT were fined (see decision 01-D-41), notably, for sharing the meal voucher market and have uniformly set the commission rate requested from restaurant owners.

18 years later, the Autorité fines again these operators, as well as Natixis Intertitres, for anticompetitive practices that affected the entire meal voucher sector.

The exchange of information enabled each of the four issuers to be informed of the commercial strategy of its competitors, thereby reducing their commercial autonomy and disrupting the proper functioning of competition in this market.

In addition, by dissuading any competitor from entering the market, the historical issuers have granted themselves the exclusive use of the substantial advantages generated by the CRT.

Finally, by mutually forbidding themselves to launch unilaterally into the issue of dematerialised vouchers, and while several of them had already taken the plunge abroad, the member-policyholders limited themselves in their capacity to innovate on the market and to offer a different format of meal vouchers to French consumers. In a marked background, at the conclusion of the "Protocol", by discussions with the public authorities on the adaptation of the legal framework in favour of the dematerialisation of meal vouchers, the member-policyholders have, in doing so, made them without purpose any future development of applicable legislation, by refraining from independently offering dematerialised solutions to their customers. In doing so, the practices have contributed to deny businesses and employees the benefits of digital innovation.

In light of these elements, the Autorité hands out fines to the four historical issuers as well as the CRT. In fixing the amount of the sanctions, it took into account as an aggravating circumstance the reiteration of the 2001 sanction decision, and increased the sanctions accordingly in regard to the CRT and the three historical issuers. The Autorité has thus increased by 20% the fine corresponding to the exchange of information and by 30% that relating to market locking practices in regard to issuers.

2Additional compensation, which takes the form of a commission, is most often requested by the issuer.

4 In market share of the face value issued, all media combined. 2016 figures.