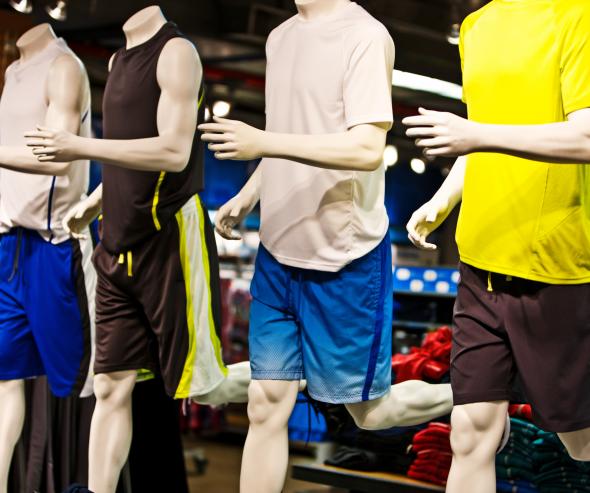 Following a report sent by the French Ministry of the Economy, the Autorité de la concurrence today fined ESPACE FOOT €25,000 for imposing on its franchisees the retail prices at which items sold in the company's stores are sold.

ESPACE FOOT is a network of franchises specialising in the world of football. The shops sell boots, and the official jerseys of major football clubs, as well as clothing, balls and other equipment, mainly from Adidas, Nike and Puma. At the start of 2021, the network had 22 franchisees managing 31 ESPACE FOOT stores throughout France. Its competitors are specialist retailers such as Univers Foot, Plus de Foot and FootKorner.

The recommended prices were fixed prices

In its franchise agreements, ESPACE FOOT had introduced contractual clauses requiring franchisees to comply with the pricing policy it defined. For example, one article in the franchise agreement stated, "In the spirit of protecting the brand image, the FRANCHISOR will notify the current selling prices, and the FRANCHISEE will apply the notified prices." These clauses were present in all the franchise agreements between July 2002 and September 2018. In practice, ESPACE FOOT invited its franchisees to respect the prices recommended by the manufacturers, and more specifically those of the companies Nike, Adidas and Puma.

Facts not contested by ESPACE FOOT

ESPACE FOOT requested the benefit of the settlement procedure. This procedure allows an undertaking that does not contest the charges brought against it to obtain a financial penalty within a range proposed by the General Rapporteur and agreed by the parties. The Board of the Autorité granted the request.

In determining the amount of the penalty under the signed settlement, the Autorité took into account the seriousness of the infringement and the fact that it was implemented by the entire network through the franchise agreement, which was signed by all franchisees. It also took account of the damage to the economy, which it considered to be very limited in this case, in particular due to the size and modest impact of ESPACE FOOT in the market.

In view of all these elements, it imposed a penalty of €25,000 on ESPACE FOOT.

The benefits of the settlement

The settlement procedure allows a company that does not dispute the facts alleged against it to obtain the pronouncement of a fine within a range proposed by the General Rapporteur and approved by the parties. In making its decision, the board pronounces a fine included in this range.

- a lesser fine than that which would have been pronounced outside the settlement;

- a procedural gain by allowing a faster exit from the decision.

Since the entry into force of the settlement introduced by the law of 6 August 2015 for growth, activity and equal economic opportunities, known as the “Macron law”, 18 settlement decisions have been issued, for a total amount of 834.4 million euros fines for 46 companies or organisations.

What can the manufacturers do about fixing the selling price?

The manufacturers set the price charged to their distributors, but they cannot determine the final selling price to consumers, even if it goes through a franchise network.

They can only set the selling prices themselves if they own the points of sale within an integrated network of the company. The fact that a supplier imposes a resale price on its distributors is prohibited.

These rules result from the prohibition of cartels and are intended to preserve competition between distributors on selling prices, which guarantees that the end consumer benefits from the best price.