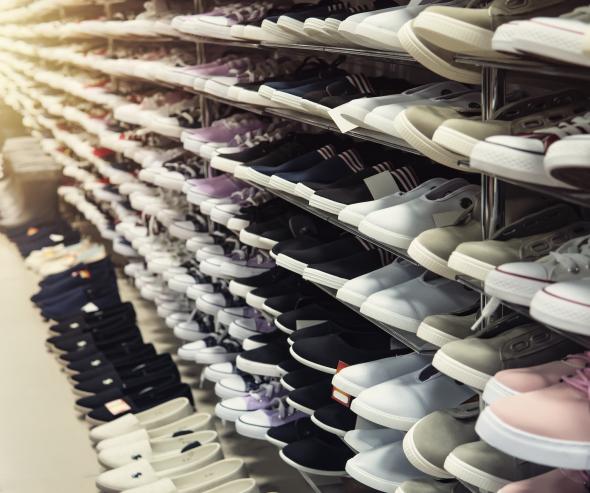 On 17 June 2020, Chaussea notified the Autorité de la concurrence of its plan to acquire 128 stores operating under the La Halle brand. The acquisition is in the context of the opening of a judicial reorganisation proceedings before the Commercial Court of Paris on behalf of the La Halle Group. On 26 June 2020, the Autorité de la concurrence exceptionally granted a derogation (see box), allowing Chaussea to proceed with the acquisition, without waiting for the final decision, which has now been issued by the Autorité.

Unlike for other products (consumer electronics1, toys2, books3, etc.), the Autorité deemed it appropriate to analyse the in-store sales and online sales separately, among other things in view of the relatively small proportion of sales of footwear made online.

At the national level, before any acquisition, Chaussea and La Halle are two important players in the market for the retail distribution of entry-level footwear, on which not only the major national footwear retailers operate (Besson, Chauss'Expo, Gémo and Kiabi), but also the major food retailers. Following the acquisition, their market shares will be between 20% and 30%, even if only formal footwear is taken into account.

At the local level, the Autorité examined whether the acquisition of this large number of footwear retail stores (La Halle) by Chaussea was likely to distort competition in the catchment areas where the stores of both chains are simultaneously present.

The Autorité found that in almost all areas, consumers will continue to benefit from alternative offerings to those of the new entity, which are equivalent in terms of price and product range. These competing stores - which include the Besson, Chauss'Expo, Gémo and Kiabi chains mentioned above, but also major food stores and regional chains specialising in the sale of entry-level footwear, such as Chauss34 in the Hérault department and Pointure Plus in the Gironde department - are still sufficient in number to prevent the new entity from being inclined to increase the price of the products sold or to lower the quality of the products sold in its stores.

The risks to competition identified in 4 catchment areas

Following its analysis, the Autorité nevertheless identified risks to competition in the catchment areas of the La Halle stores located in Dole (39), Lure (70), Manosque (04) and Saint-Memmie (51).

In these areas, the acquisition was likely to reduce competitive pressure and could lead to price rises or a reduction in the diversity of the offering, to the detriment of consumers, in particular in view of the high combined market share of the parties.

To address these competition-related concerns, Chaussea has undertaken to sell one Chaussea or La Halle store in each of these areas, to one or more competitors. These commitments will ensure that a sufficient level of competition is maintained, and that the interests of consumers are safeguarded in the relevant markets.

The acquiring party presented will need to be approved by the Autorité, which will ensure that they are able to provide a credible alternative in footwear retail distribution in each of the areas in question.

The stores affected by the divestiture are the following:

* Became Chaussea following a ruling by the Commercial Court of Paris on 8 July 2020.

The aim is to allow a competitor to take over the stores and its activities in order to safeguard competition in the area in question, thereby ensuring that consumers have a diversified offering in terms of prices and products. For the divestitures in question, it must be ensured that the stores are taken over under proper conditions of viability, in order to be approved by the Autorité.

This is the 7th decision issued by the Autorité in the clothing and footwear sector since 2020:

[2] See Decision 19-DCC-65 of 17 April 2019 regarding the acquisition of joint control of the company Luderix International by Jellej Jouets alongside the undivided ownership resulting from the estate of Mr Stéphane Mulliez/ see press release of 19 April 2019.