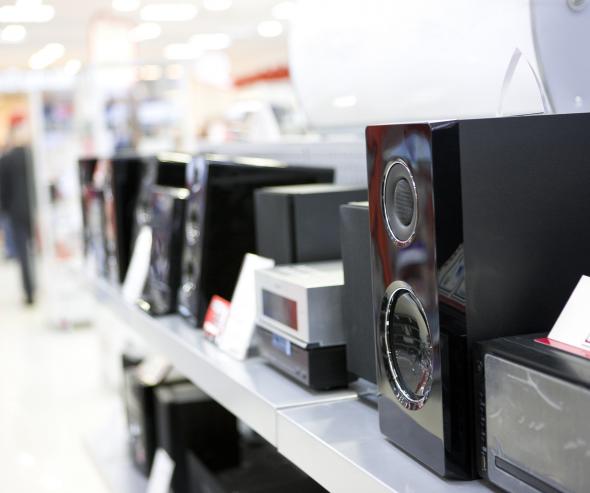 The Autorité de la concurrence clears, subject to the divestiture of 6 stores in Paris and the Parisian region, the acquisition of the Darty company by the Fnac group

On 17 February 2016, the Fnac group notified its project to take over Darty to the Autorité de la concurrence.

On 23 March 2016, the Autorité opened up an in-depth investigation (phase 2) to look into, in particular, the competitive pressure exerted by online sales actors on retail markets of electronic products and its consequences on the delimitation of markets concerned by the transaction.

For the first time, the Autorité has defined a market including in-store and online retail channels

The Autorité develops its market assessment and considers that retail distribution of brown (TV, cameras and audio sets: MP3, DVD and Blu-ray players…) and grey products (communication and multimedia: tablets, laptops,,smartphones, etc.) includes both sales completed in-stores and online. It deems that competitive pressure exerted by online sale has become significant enough to be integrated in the concerned market, whether it comes from pure players (such as Amazon or Cdiscount) or from the stores’ own websites which complete in-store physical sales.

To assess this competitive pressure, the Autorité de la concurrence has analysed the demand postponements in case of price raise from Fnac and Darty. To do so, it conceived and conducted a survey among consumers via the Ifop1 institute. This survey’s results mostly validate economic studies submitted by Fnac, information communicated by the market players consulted throughout the investigation and analyses from the investigation services.

Nonetheless, concerning an agreement between the two main networks of physical retail on a market where more than 7 out of 10 French consumers keep on going to stores to buy their electronic products, the analysis of the effects of the transaction was conducted on local-sized markets. This analysis was even more relevant considering that commercial and pricing strategies from retailers take into account local competition parameters.

The entirety of Darty stores’ catchment areas, including franchised stores, have been under local competition scrutiny: after having estimated the new entity’s and its competitors’ market shares, online actors included, the Autorité has examined, in areas where the new group would have an important position, the situation of present competition forces (number of competitors, competitive proximity vis-à-vis the parties, geographic distance from physical outlets in comparison to the store concerned by the acquisition).

The Autorité has observed that in the entirety of local markets located outside the French capital, the consumer will enjoy, besides the supply provided by pure players such as Amazon or Cdiscount, several alternatives composed of large specialized supermarkets like Boulanger, large food retail supermarkets with significant aisles for electronic products, or specialists in brown or grey products. Despite quite high market shares, Fnac group will still be facing heavy competitive pressure outside the capital.

However, in Paris and in the south-west of the Parisian region, the Autorité considers the consumers’ alternative offers to be insufficient to guarantee efficient competition based on price and quality of services. The Autorité considered that, in catchment areas of concerned stores, the new entity would benefit from an important market power, which would not be restricted enough by the competition of other stores. Particularly, the transaction leads to a risk of the concerned markets not being incited to propose price discounts or punctual promotions, susceptible of enhancing local competition.

In order to fix identified competition issues, the Fnac group has committed to divest physical sale outlets located in the the Belleville boulevard (Darty), the Italie 2 (Darty)and Beaugrenelle (Fnac) shopping centers, the Saint Ouen avenue (Darty) and the Vélizy II shopping center (Darty). The Fnac group has also committed to divest a commercial location in the Wagram avenue where the Darty company was about to open a store.

In Paris, the divestiture of the five mentioned store allows to fix competition risks in eight catchment areas. Besides, the Autorité considers that the offered divestitures, which cover the entirety of Paris’s arrondissements, are sufficient and proportionate to the risks of damaging competition identified within the whole of the Parisian market. Same goes with the Vélizy-Villacoublay area, in the Parisian region.

The divestiture of these six stores to one or more retailers of electronic products will guarantee realistic choices to the consumer, capable of maintaining pricing and services conditions competitive at a local level.

In order for them to be authorized, the Autorité will ensure that takeover prospects of one or several divested stores be a retailer of the same sector susceptible of exerting sufficient competitive pressure on the Fnac group in the concerned area.

An independent trustee will be responsible for ensuring that the commitments are fully complied with.

The Autorité set aside all risk of creation or enhancement of suppliers’ economic dependency. Manufacturers of electronic products are, for most of them, global groups which benefit from a strong negotiation power. They will furthermore dispose of sufficient alternative outlets for the retailing of their products in France after the transaction.


1 Survey conducted in April and May 2016 for the Autorité among a panel of more than 20 000 people, representative of the French population.
2 This store had not yet opened on the date of the present decision.


> The full text of decision 16-DCC-111 regarding the acquisition of the Darty company by the Fnac group will be shortly available on the website of the Autorité.