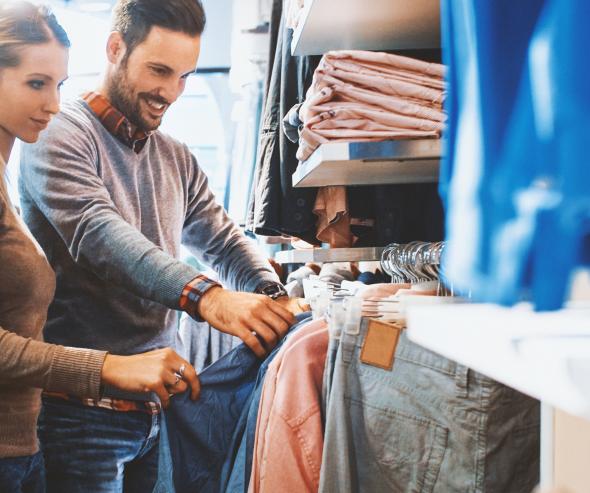 The 366 La Halle stores are active in ready-to-wear for men, women and children. La Halle also operates and sells subsidiary brands, such as Liberto and Creeks, in its stores, and manages the online sales site lahalle.fr.

After a thorough investigation, the Autorité considers that the transaction is not likely to harm competition

In particular, the Autorité examined whether the acquisition by the Beaumanoir group of another brand active in ready-to-wear (La Halle) was likely to restrict competition in the local clothing and shoes for women and men retail distribution markets, in catchment areas where the parties' stores are present simultaneously.

Depending on the area, following the transaction, some La Halle outlets will continue to operate under the La Halle brand, while others will be operated under a Beaumanoir group brand. The Autorité noted that, in each of these areas, consumers will continue to benefit from alternative offers to the parties' brands, equivalent in terms of price and commercial positioning. These competing stores - including those of the brands Kiabi, Gémo, Zara, Bizzbee, Camaïeu, Promod, Mango or H&M - remain in sufficient number to prevent the new entity from being encouraged to increase the price of the items sold or to degrade the quality of products sold in its stores.

The Autorité therefore cleared the transaction without conditions.

If the effective conclusion of a merger is subject to approval from the Autorité de la concurrence, in certain exceptional circumstances, duly argued by the parties, the Autorité may issue a derogation enabling them to finalise part or all of the transaction without waiting for the approval decision and this in order to allow the continuation of the activity.

The granting of such a derogation is, by definition, exceptional. In particular, a derogation may be granted in the event that takeover offers have been made on companies in liquidation or receivership, as was the case in the present case.

The granting of a derogation by the Autorité does not however prejudge the final decision taken at the end of the investigation.

In 2020, the Autorité granted 27 derogations from the suspensive effect, including 7 relating to the clothing and footwear sector.