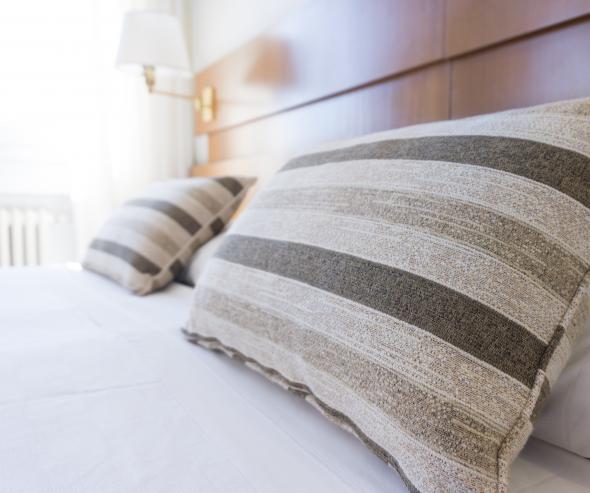 The Conseil de la concurrence imposes penalties on the Bristol, the Crillon, the George V, the Meurice, the Plazza Athénée and the Ritz, for exchanging confidential commercial information.

In the light of a special report on Parisian luxury hotels, shown as part of the television programme Capital on French channel M6, the Conseil de la concurrence began proceedings ex officio on 4th December 2001, to examine the state of competition in the luxury hotel sector. Searches and seizures were also carried out by the DGCCRF at the six luxury hotels featured in the report. On the basis of this investigation, the Minister of Economy also referred the matter to the Conseil on 6th January 2003.

After investigating the case, the Conseil de la concurrence decided to penalize the six Paris hotels, which are known as "palaces" for their grandeur, the Bristol, the Crillon, the George V, the Meurice, the Plazza Athénée and the Ritz, for having regularly shared confidential information about their respective commercial activities. Given the oligopolistic nature of the market in question, the Conseil took the view that these practices had distorted competition by promoting a collusive equilibrium.

A regular system for sharing information

The investigation revealed that the six luxury hotels had regularly exchanged confidential information about their respective activities, and also about certain elements needed to put together their respective marketing plans. These exchanges took place in the form of regular meetings and e-mail correspondence. The information was shared weekly and monthly on past activities, but in some cases also included business forecasts.

In addition to the fact that the regular exchanges of information were restricted to the six establishments concerned by the investigation, a number of material elements were found to confirm the existence of a specific market for Paris luxury hotels, distinct from the four-star hotel market.

The establishments concerned by the investigation are the only luxury hotels in the French capital to offer a combination of certain qualitative features: a prestigious location in the centre of Paris, a high proportion of suites, some of which are exceptional, a gourmet restaurant, outstanding on-site facilities (swimming pool and/or fitness centre), and a large staff on-hand to cater for guests.

The luxury hotels clearly differ from their four-star counterparts in terms of their price scheme, which reflects their prestige and the level of service they provide, and also their average price, which is an indication of their ability to sell a large number of overnight stays at a very high price. The average rate for a room is over €700 per night, with the cheapest costing more than €500 and the most expensive prestige suites costing in excess of €6,000 per night.

In an oligopoly, sharing strategic information helps to create a collusive equilibrium, by artificially raising the transparency of the market for the exclusive benefit of the parties to the practice concerned

The information exchanged enabled the luxury hotels to monitor one another effectively by sharing details of their performances and following each other's developments very closely.

The way in which certain luxury hotels used the information exchanged indicates that this was indeed their aim: some of the documents seized include charts used to evaluate the competitive position of each establishment, by calculating theoretical market shares and measuring the gap between these shares and the results achieved by each hotel.

By sharing this information, the luxury hotels were able to ensure that their respective performance levels did not differ too greatly, and that none of them was seeking to adopt strategies likely to endanger the positions held by the other members of the oligopoly.

In the same decision, the Conseil de la concurrence set aside another objection that had been stated to the same luxury hotels, accusing the establishments concerned of entering into an agreement regarding joint promotional offers ("shopping with Parisian palaces", "Best of Paris"). The Conseil took the view that these joint promotions, the impact of which was very limited, had no effect on the market.