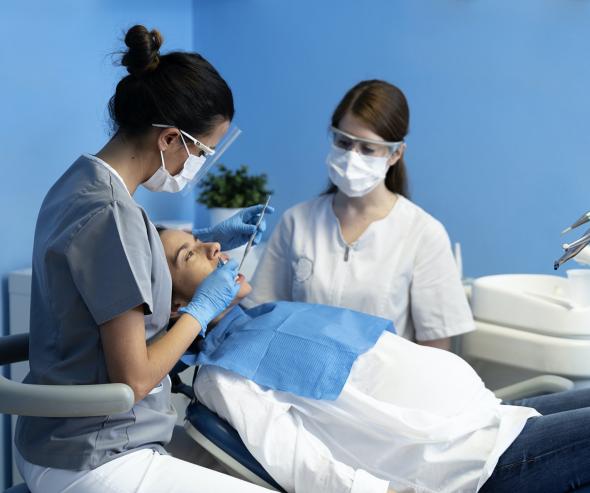 The Autorité de la concurrence hands out fines worth €4 million to the National Council and five departmental councils of the College of Dental Surgeons and two trade union federations representing dental surgeons (the FSDL and the CDF) for boycotting dental care networks (including Santéclair, Kalivia, Itélis) recommended by complementary health insurance schemes.

After receiving a referral from Santéclair, and after conducting unannounced inspections in 2015 and following an in-depth examination, the Autorité de la concurrence has fined the National Council of the College of Dental Surgeons‑ (CNOCD), the departmental councils of the College of Dental Surgeons (CDOCD) in Isère, Bouches‑du‑Rhône, Dordogne, Haut-Rhin and Bas-Rhin and the Federation of Private Dental Surgeons’ Trades Unions (FSDL) for their involvement, each in its own way, in a single, complex and continuous breach intended to hamper the activity of dental care networks between 7 February 2013 and 18 December 2018. It has also fined the National Confederation of Dental Trade Unions (CNSD), which is now called Chirurgiens-dentistes de France (CDF), for hampering the activity of these networks through separate practices between November 2014 and 18 December 2018.

The Autorité hands out fines for boycott actions against care networks designed to hamper their operation. By their very nature, they constitute breaches of competition law. These practices are particularly serious in that the purpose of the affected networks is to facilitate access to care for patients by reducing the excess costs to be borne by those patients. The “excess to be paid” is one of the main reasons people forego dental care. 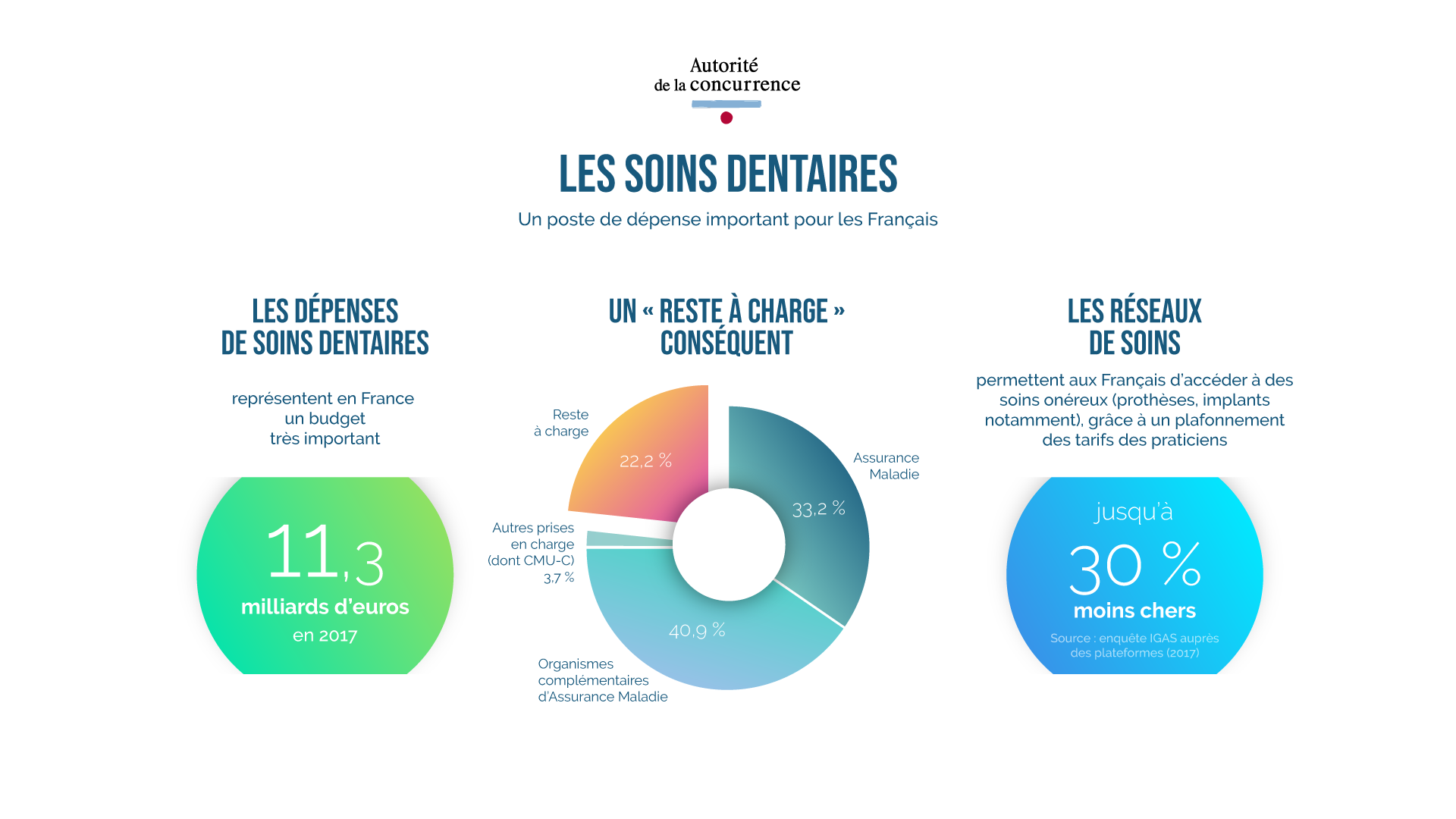 The Autorité took account of the specific and decisive role played by the FSDL, the CNOCD and the Isère CDOCD in the breach, the repeated nature of the practices as regards the CNOCD and the Bas-Rhin CDOCD and, lastly, the more limited involvement of the other CDOCDs. In total, the amount of the fines is a little over €4M. 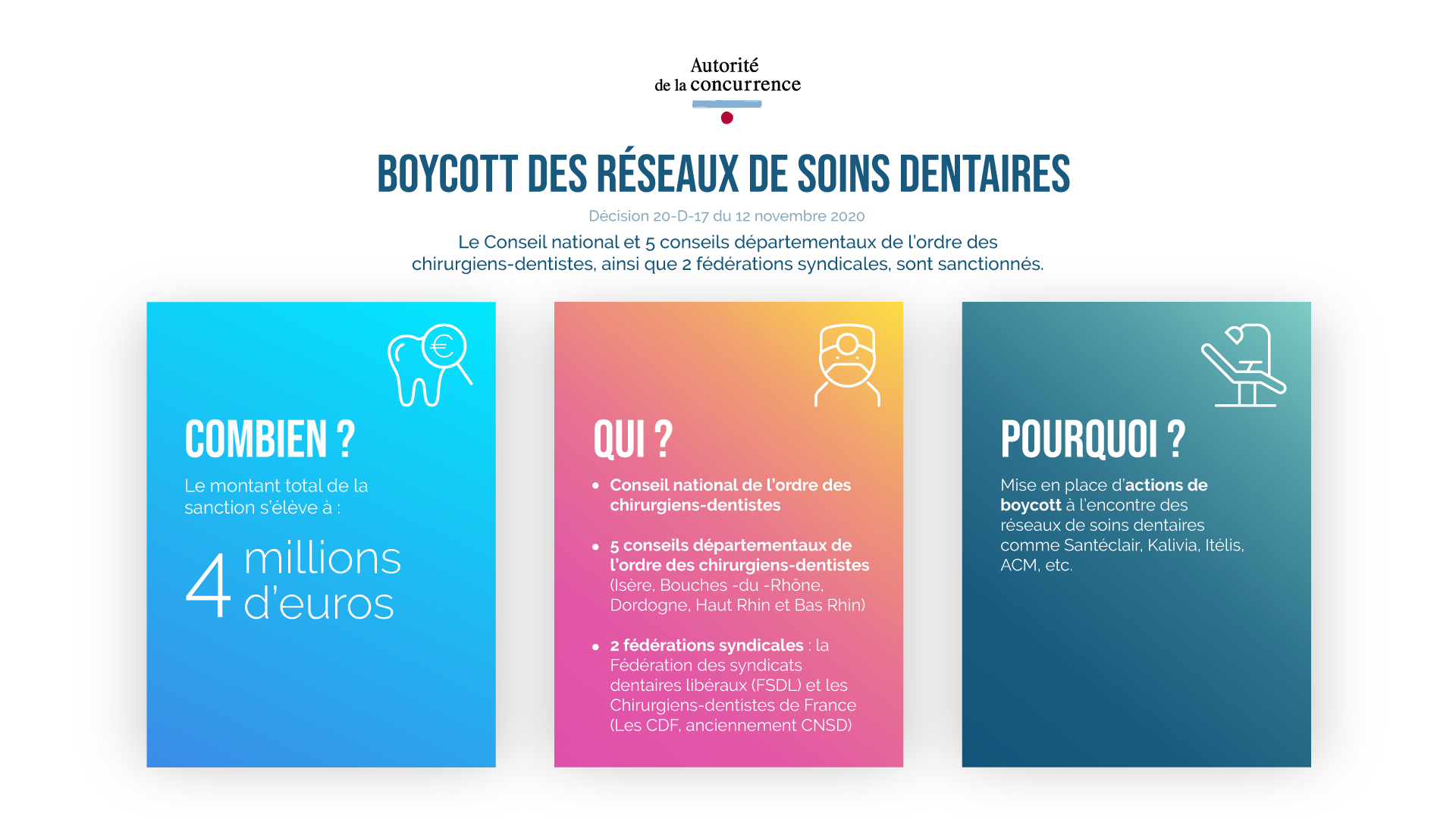