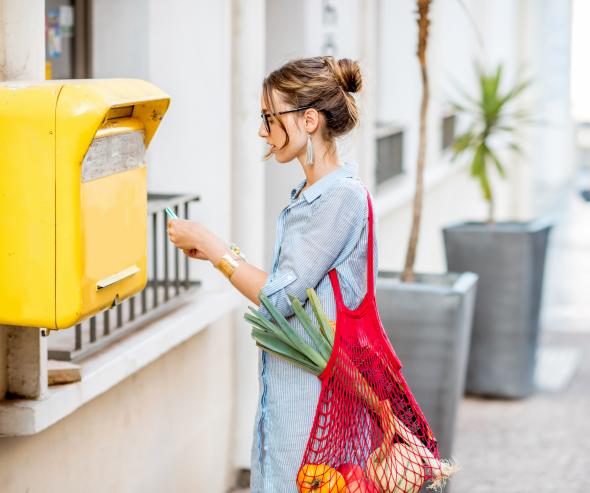 The Autorité de la concurrence today rejected Culture Presse's complaint concerning an alleged abuse of a dominant position by La Poste in the sector of the resale of postage stamps for franking, due to lack of priority.

By this decision, the Autorité issued a dismissal decision due to lack of priority for the first time since the transposition into French law of Ordinance 2021-649 of 26 May 2021 on the transposition of Directive (EU) 2019/1 of the European Parliament and of the Council of 11 December 2018 to empower the competition authorities of the Member States to be more effective enforcers and to ensure the proper functioning of the internal market, known as the "ECN+ Directive".

First dismissal due to lack of priority

Since the transposition of the ECN+ Directive into French law, the Autorité de la concurrence may, pursuant to the second paragraph of Article L. 462-8 of the French Commercial Code (Code de commerce), "reject the complaint by reasoned decision [...] for complaints received pursuant to II and IV of Article L. 462-5, where it does not consider them a priority".

By Decision 22-D-19 of 20 October 2022, the Autorité, referred to by Culture Presse, a professional entity representing newsagents, made use of this option for the first time.

According to the complaint, La Poste, which has a monopoly in the upstream market for the issue of postage stamps, treats operators in an identical situation on the market for the distribution of postage stamps differently and without justification. It allegedly gives certain tobacconist shop operators more advantageous commissions than those given to newsagents. According to the plaintiff, this practice, in force since 2007, constitutes an abuse of a dominant position, in violation of Article L. 420-2 of the French Commercial Code (Code de commerce).

In view of the limited economic impact of the alleged practice, the fact that this type of practice has already been the subject of numerous decisions and case law and doctrine to date at both the national and European levels, the fact that the complaint does not raise any new issue in this case, and, lastly, the fact that dealing with it, for which the complainant has other legal remedies, would require the mobilisation of resources that could be more usefully allocated to other cases, the Autorité concluded that Culture Presse's complaint should be dismissed on the grounds of lack of priority.

Concurrently with the publication of Decision 22-D-19 of 20 October 2022, the Autorité has published a press release on the implementation of the dismissal due to lack of priority, a prerogative it has had since the transposition of the ECN+ Directive and the adoption of Ordinance 2021-649 of 26 May 2021.

The ability to reject a complaint due to lack of priority, which supplements the cases of inadmissibility, rejection and closure already provided for in Article L. 462-8 of the French Commercial Code (Code de commerce), is major progress for the Autorité, which will now be able to focus its action on complaints it considers to have priority, while rejecting those that do not. This will allow a better allocation of its resources and a faster resolution of priority cases.

The press release published today is intended to provide economic stakeholders with a better understanding of the approach taken by the Autorité in assessing the priority of a complaint. It explains, among other things, the balance that is struck between, on the one hand, the interest of the case, which the Autorité assesses on the basis of the various factors set out in the press release, and, on the other hand, the resources and time required to process the complaint.