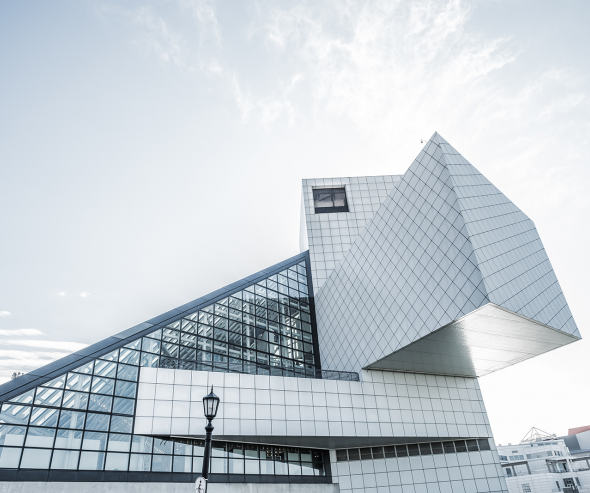 The Autorité de la concurrence hands out fines to the Ordre des Architectes for having distributed and enforced a fee schedule that architects had to apply in their responses to calls for tender to manage public works contracts.

Following investigation reports by the Directorate General for Competition Policy, Consumer Affairs and Fraud Control (DGCCRF), the Autorité today issued a decision imposing a fine of €1.5 million on the Ordre des Architectes for having, through its regional councils in Hauts-de-France, Centre-Val de Loire, Occitanie and Provence-Alpes-Côte d'Azur, implemented anticompetitive practices. They consisted in setting up, distribute and enforce a fee schedule applicable to architects responding to calls for tender for public works contracts in a sector where fees are unregulated. The distribution of this schedule was accompanied by a “fee policy”, retaliatory measures against architects who did not comply with these instructions and contacts with public contracting authorities to dissuade them from contracting with architects offering fees considered “too low”. The Ordre also circulated, through its national council, a standard form to the regional councils to use to refer an architect or architectural firm to the regional disciplinary boards in the event they failed to comply with the unlawful schedule.

The Autorité also imposed a fine of one euro on several architectural firm and architects as well as an association of architects who participated in the agreement through denunciations to the Ordre of their colleagues who did not comply with the “fee schedule”.

Management of public works consists in carrying out, on behalf of a public contracting authority (municipality, community of municipalities, département, etc.), a project of works under conditions of time, quality and/or costs defined in advance by a set of specifications.

Starting in 2013, four regional councils (Hauts-de-France, Centre-Val de Loire, Occitanie and Provence-Alpes-Côte d'Azur) distributed to their members a method of calculating fees in order to combat an alleged dumping by certain architects described as “anti-collegial”. The president of the conseil regional de l'ordre Centre-Val de Loire thus declared "it is disloyal compared to the other colleagues who bid for this contract because he made a price too low. Making a price too low to make sure of winning a contract is an anticompetitive and disloyal practice to colleagues ".

In order to combat these “acts of unfair competition”, the Ordre, through its regional councils, deflected the purpose of the guide for the Interministerial Mission for the Quality of Public Buildings (MIQCP) - intended to help public authorities evaluate the estimated budget for project management fees - by using this document as a reference to calculate architects' fees, and by encouraging architects to fix their fees according to the ranges recommended by the guide without taking into account their actual costs.

Its national council adopted and distributed a standard form to facilitate referral to the regional disciplinary boards in the event an architect applied fees considered to be particularly low.

Its Hauts-de-France regional council also created an association specifically dedicated to identifying irregularities related to fees in the framework of responses to calls for tender. A website was thus created to enable architects whose bids were rejected to report the allegedly excessively low fees charged by their colleagues chosen for the tender.

The regional councils also increased the number of pre-litigation and litigation proceedings against architects who did not comply with fee instructions.

Several architectural firms and architects, for their part, adhered to this fee policy by denouncing to the regional councils the fee applied by their winning colleagues.

Lastly, the regional councils had numerous unwarranted contacts with public contracting authorities, unlawfully alerting them to the “risks”, both legal and technical, which, in their opinion, would result from negotiating excessively low fees with architects, and encouraging them to relaunch the procedures and sometimes even abandoning the construction of the public building.

Architects suspected of offering too low a fee were subject to pre-disciplinary and disciplinary proceedings, in some cases involving sanctions (reprimand or temporary suspension).

The Ordre's various contacts with public contracting authorities discouraged some communities from choosing architects offering moderate fees and, in some cases, called into question contracts already awarded or under negotiation, resulting in an additional expenditure of public funds to the detriment of the taxpayer.

For example, in the Hauts-de-France region, the low-income housing association in Douai terminated a framework agreement after being contacted by the Ordre's regional council; the community of municipalities of 2 Sources discontinued the contract for its educational complex “in the face of criticism from the Ordre” and had to relaunch its call for tenders, thus incurring an additional cost of €200,000; the municipality of Linselles, for its part, was repeatedly threatened with litigation by the Ordre's regional council if it failed to change its plan to build a school; and, finally, the award of the dojo project for the municipality of Hazebrouck was appealed to the administrative court by the same regional council.

These practices by a professional association are serious

The practices concerned are all the more serious since they were undertaken by the Ordre des Architectes, the initiator and principal abettor of the agreement, while it benefited from undeniable moral authority both among its members and public contracting authorities. These practices have moreover affected local authorities responsible for public funds, often of modest size and with limited ability to invest.
On the other hand, with regard to the architects and architectural firms in question, the Autorité held that the Ordre's institutional communication could have caused confusion among those professionals as to their ethical obligations concerning the fixing of fees.

In light of all these aspects, the Autorité imposed a fine of €1.5 million on the Ordre des Architectes and fined each architect and architectural firm that participated in the agreement, as well as the association of architects affiliated with the Ordre's regional council in Hauts-de-France, €1. The decision may be appealed before the Paris Court of Appeal.

The investigation continues in other regions of France

The investigation reports sent by the DGCCRF for this case concerned four of the eighteen regions of France.

Architects and public authorities who believe they have suffered similar practices in other regions of France are invited to report this to the general rapporteur of the Autorité de la concurrence at the following address: Contact 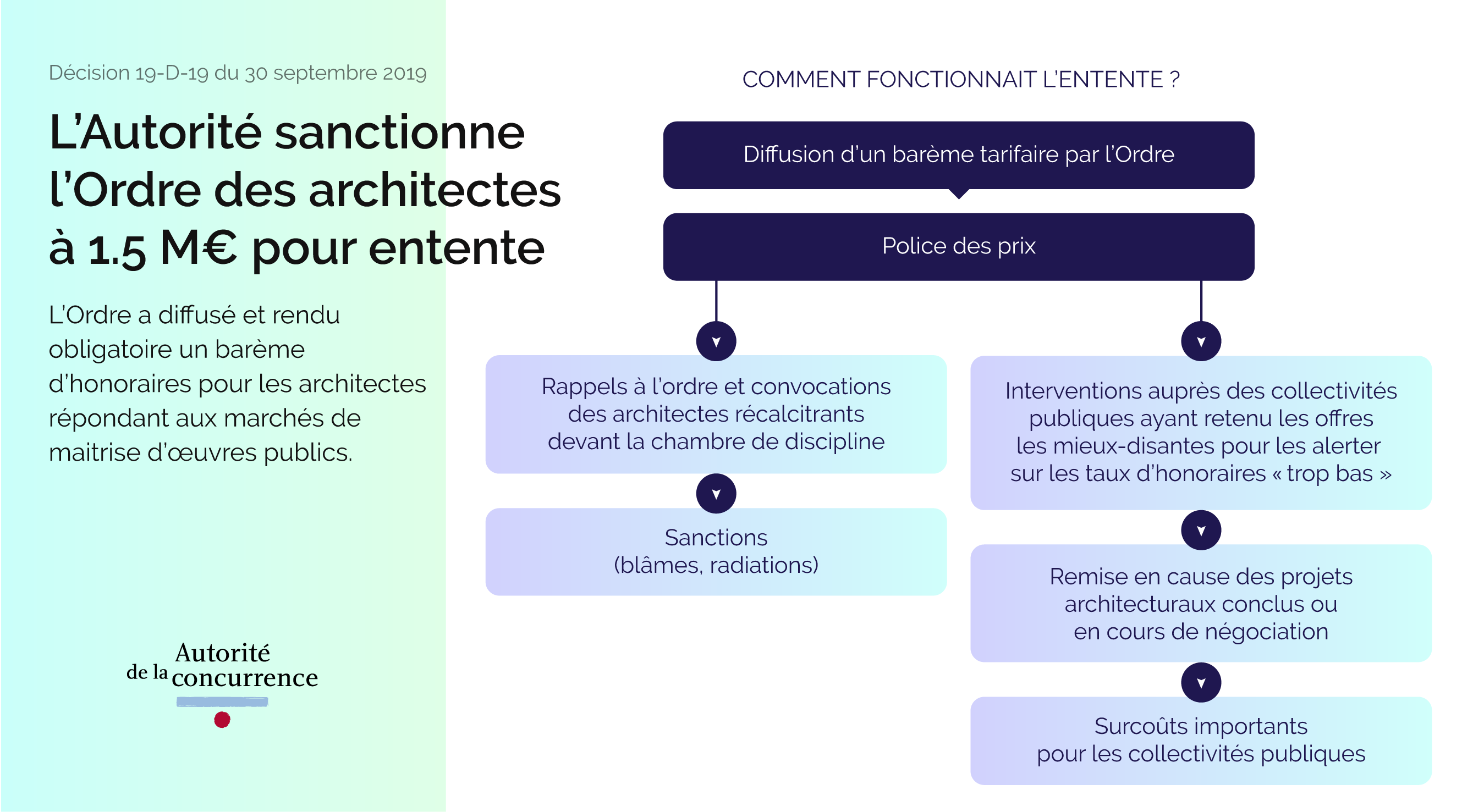