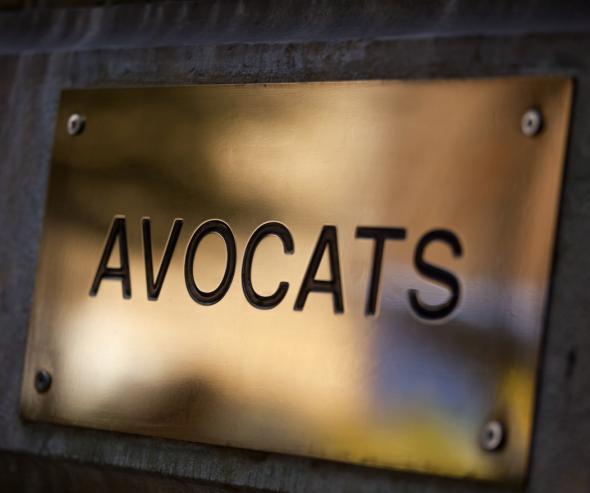 The Autorité de la concurrence issues its opinion to the government on the freedom of establishment for lawyers at the French Administrative Supreme Court (Conseil d'Etat) and French Supreme Court (Cour de cassation) for the years 2021-2023 (third period of application of the Law for Growth, Activity and Equal Economic Opportunities).

Taking into account the impact of the health crisis on the profession, the foreseeable evolution of the litigation brought before the high courts, and the economic situation of current professionals as well as those who have benefited from freedom of establishment, the Autorité proposes that the government creates two offices by 2023.

At the end of this analysis, the Autorité de la concurrence suggests that the government creates two counsel offices at the French Administrative Supreme Court (Conseil d'Etat) and French Supreme Court (Cour de cassation) [1] by 2023, which will be added to the eight offices already created since 2017, bringing the total number of offices to 70.

The Autorité's opinion will shortly be published in the Official Journal (OJ).

The Autorité draws the attention of interested candidates to the fact that this publication in the OJ will launch the two-month period within which interested persons may submit their application for appointment to an office created for French Administrative Supreme Court (Conseil d'État) and French Supreme Court (Cour de cassation)[1].

[1] Article 25 of Decree No 91-1125 of 28 October 1991 on the conditions for admission to the profession of lawyers at the French Administrative Supreme Court (Conseil d'Etat) and French Supreme Court (Cour de cassation).

Assessment of the reform implementation

This opinion begins by assessing the implementation of the reform and provides an updated overview of supply and demand trends affecting the profession. In its analysis, the Autorité has taken particular account of the consequences of the health crisis that occurred in March 2020, drawing on all the available data, in particular that provided by professionals, in order to make recommendations adapted to this exceptional context.

To draw up this assessment, the Autorité conducted a public consultation, in accordance with Article L. 462-4-2 of the French Commercial Code (Code de commerce). Following the adoption of Law No 2020-290 of 23 March 2020 on the health crisis and Ordinance No 2020-306 of 25 March 2020, the deadline for responding to this consultation, which opened on 9 March was adjourned from 12 March to 30 May inclusive, and then extended until 30 June 2020.

Of the 125 lawyers to the Courts in the profession today, ten have set up in an office created since the implementation of the reform (six professionals in 2017, one of whom retired in 2018, then five in 2019).

These ten professionals account for 77% of the increase in staff numbers since 2016 (+13 people), and even 100% of the increase in the number of self-employed staff, as at the same time three new lawyers to the Courts were appointed as employees in existing offices.

The economic analysis of supply and demand in this market confirms the highly profitable nature of this niche activity, which is concentrated on a small number of highly specialised professionals who benefit from the combination of a monopoly situation and a great deal of freedom in terms of pricing and management. The average margin rate was 44% in 2019 within the profession and the average profit per partner just over half a million euros per year. This is the highest average earnings level among the legal and judicial professions, although it fell by 2.7% in 2019 compared to 2017.

In addition, the Autorité has observed that the offices established in 2017 have been successful in developing their business and enjoyed rapid growth between 2017 and 2019. Indeed, contrary to the fears expressed prior to the reform, the revenues and profitability of the offices have remained very solid and at a very high level. Thus, in the offices created, the average annual turnover per private practitioner rose from 53,589 euros in 2017 to 194,791 euros in 2019, an increase of +263%. The average income rate of these offices has also increased over the period: from 51.1% in 2017 to 58.9% in 2019. These results reflect a business model characterised by great flexibility in terms of organisation, which has enabled the new offices to develop and sustain their business rapidly.

Although the uncertainties linked to the health crisis have led it to be somewhat moderate in its recommendations, the Autorité considers that there is potential for the development of additional offices, without the creation of new offices being likely to undermine the quality of the services provided before the courts of cassation, or jeopardising the viability of existing offices.

In the light of all the jurisdictional and economic parameters, the Autorité recommends the creation of two offices

In this context, the Autorité has adopted a cautious approach, recommending the creation of a reduced number of offices: two by 2023, in addition to the eight created since 2017.

The Autorité welcomes the significant efforts made by the Ordre des avocats aux Conseils et la Chancellerie (Order of Lawyers to the Courts and the Chancellery) to take into account the recommendations it made in its previous opinions. Several texts have recently modified the legal regime applicable to lawyers to the Courts, in particular with regard to the composition of the examination board for the Bar examination, the governance and conduct of training, the rules governing communication and the ethics of the profession. The adopted measures have enabled significant progress to be made in modernising the profession, as well as real support for the development of the created offices.

However, certain additional measures could still make it possible to improve the arrangements governing the freedom of establishment of lawyers to the Courts. In the opinion published today, the Autorité makes new recommendations on the following points: