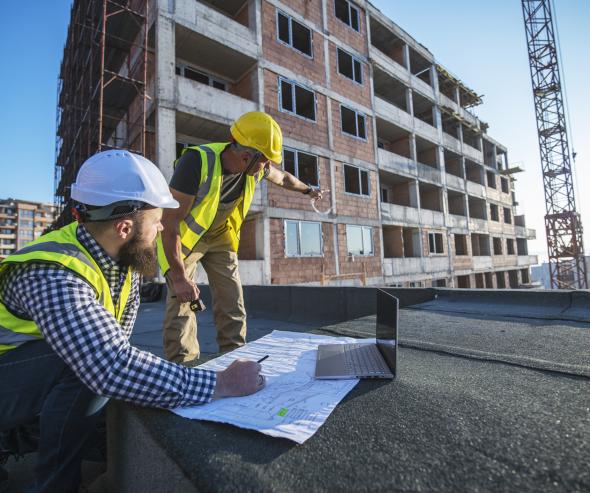 The Autorité is closing an investigation into the French Construction and Public Works Federation of Haute-Garonne (FBTP 31) regarding the ETHIBAT label.

To increase competition in the new build and social housing renovation markets, the Autorité arranged for the FBTP 31 to take several measures to increase the compatibility of the ETHIBAT scheme with competition rules.

Following evidence sent by the DGCCRF, the Autorité's Investigation services opened an investigation into the labelling criteria for an ethical charter, called ETHIBAT, set up by the French Construction and Public Works Federation of Haute-Garonne (FBTP 31). The labelling process could appear to be lacking in transparency, although the label was a prerequisite for businesses wanting to respond to the calls for tender of certain social housing providers that were partners of the FBTP 31.

During the investigation, to respond to the concerns raised, the FBTP 31 took certain measures to guarantee the compatibility of the scheme with competition rules:

- the ETHIBAT label was made part of a corporate social responsibility (CSR) type approach;

- the scope of the charter’s commitments that could undermine the principles of free movement and the internal market was reduced;

- the labelling method was clarified;

- the impact of the label on the calls for tender of the social housing providers who were partners in the scheme was limited.

Considering the fact that these initiatives promoted competition in the Construction and Public Works market in Haute-Garonne, the Autorité's Investigation services closed the investigation against the FBTP 31.

The FBTP 31 adopted an ethical charter called ETHIBAT, which aims to combat illegal labour and champion local employment. This eco-responsible label was based on seven voluntary commitments to be made by construction member companies in the Federation[1].

While there were no difficulties involved in the ethical objectives of the charter, or the reminder of the regulations, questions were raised about the lack of transparency in the labelling method and the fact that this label was a requirement for taking part in the calls for tender of certain partner social housing providers of the FBTP 31.

As part of the enquiry, the Investigation services estimated that this label artificially promoted Federation members in the calls for tender of certain partner social housing providers of the ETHIBAT label, to the detriment of other businesses that were not part of the scheme.

In response to competition concerns, the FBTP 31 took a number of measures to strengthen the compatibility of its ETHIBAT scheme with competition rules

The Autorité's Investigation services approached the Construction and Public Works Federation of Haute-Garonne to inform it of the need to take certain measures to strengthen the compatibility of the charter and the ETHIBAT label with competition rules. These steps involved certain commitments in the charter, the criteria for the issuing of the label and the provisions implemented in partnership with the social housing providers in the Département, at the consultation regulation stage of their calls for tender.

The FBTP 31 modified its scheme in response to these requests. As an example, the reference to ETHIBAT is no longer included in the consultation regulations of partner contracting authorities.

Acknowledging these positive initiatives for competition in the construction and public works market in Haute-Garonne, the Autorité's Investigation services decided to close the investigation, as the reformed ETHIBAT scheme no longer created a competitive disadvantage between companies wanting to respond to the calls for tender of the housing providers.

[1] These commitments are: to promote local employment, help to protect the environment by encouraging local suppliers and subcontractors, guarantee legal employment and labour conditions, submit an economically responsible bid, respect training obligations, employ a legal sub-contracting practice, and have taken out mandatory insurance.