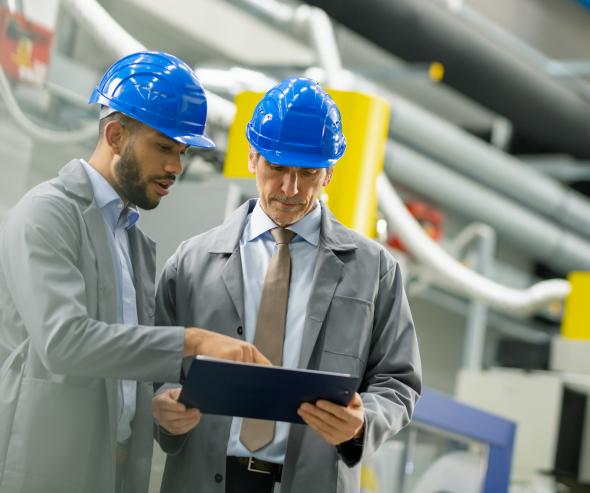 The Autorité de la concurrence fines Santerne Nord Tertiaire (subsidiary of the Vinci group) €435,000 for exchanging information with another company in a call for tenders organised by the city of Lille (Communauté Urbaine de Lille) for the maintenance and transformation of its building management systems.

The decision follows an investigation carried out by the DGCCRF (French Directorate General for Competition Policy, Consumer Affairs and Fraud Control) in the building operations management sector and a transaction refusal on the part of Santerne, which led to the referral to the Autorité[1].

[1] Since 2008, the Minister of the Economy has injunction and transaction powers to regulate local anticompetitive practices. Therefore, for anticompetitive practices affecting local contracts committed by companies with a turnover of less than €50 million individually, and €200 million all together if several companies are involved in the practices, the Ministry has the authority to put an end to them and impose fines of up to €150,000 per company (up to 5% of their turnover).

In 2017, the DGCCRF carried out an investigation in the building management systems sector for the city of Lille (Lille métropole communauté urbaine, hereinafter LMCU). It found that companies had engaged in practices involving the exchange of confidential information for two calls for tenders which took place in 2013 and 2014 respectively. As Santerne Nord Tertiaire (subsidiary of Vinci) was the only company to refuse the transaction proposed by the DGCCRF, the DGCCRF submitted the case concerning the company to the Autorité de la concurrence, in accordance with Article L. 464-9 of the French Commercial Code (Code de commerce).

In 2014, LMCU organised a call for tenders for the maintenance and transformation of its building management systems. On the tender submission deadline, three companies had submitted bids: Neu, Santerne Tertiaire et Santé, and Eiffage Energie Tertiaire Nord. At the end of the tendering process, the contract was awarded to Neu.

The investigation revealed the existence of telephone calls and email exchanges between Santerne and Neu before the tender submission deadline. Neu, in particular, provided Santerne with information regarding the prices it planned to propose (unit prices/price list) as well as part of its technical plans (technical proposal). This information concerned the most important aspects of the contract.

Santerne alleges that the exchanges in question only concerned subcontracting services planned with Neu and that subcontracting was required for it to submit its bid in the call for tenders. However, according to settled case law, the submission of two separate and seemingly independent bids inevitably misleads the contracting authority as to the degree of competition between the tenderers, even though the practice in question would have only had a limited impact on the choice of the successful bidder. Such exchanges, which alter effective competition, are prohibited by Article L. 420-1 of the French Commercial Code (Code du commerce).

The fine imposed on Santerne reflects the seriousness of the practice in which it engaged and the damage which it caused to the economy. In order to ensure the deterrent nature of the fine, account was also taken of the fact that the company is owned by the Vinci Group, which has very substantial resources (70% increase) and the recurrent situation[2] in which companies of the Vinci Group find themselves (15% increase). As for Neu, it was previously fined under the transaction it signed with the French Ministry of the Economy.

[2] Vinci was previously fined for participating in horizontal agreements under Decision 06-D-07 of 21 March 2006 regarding practices implemented in the public works sector in the Île-de-France region.