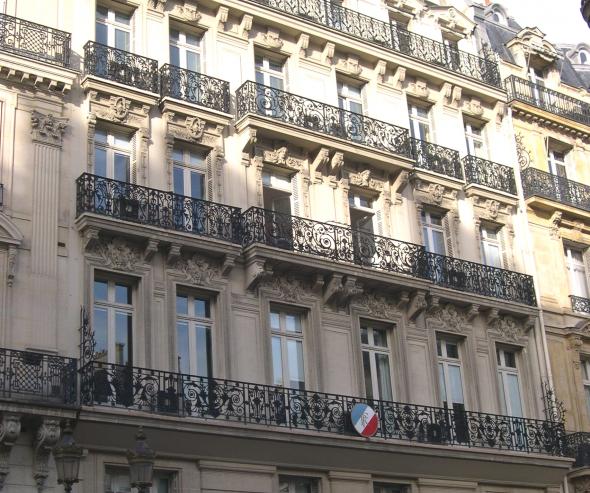 The Autorité is today publishing a new procedural notice on the method for determining fines, which repeals and replaces the previous notice of 16 May 2011. This new notice was the subject of a public consultation which opened on 11 June.

In particular, it draws the consequences of the new applicable statutory provisions resulting from Ordinance No. 2021-649 of 26 May 2021 transposing the ECN+ Directive. With this directive, the European legislator wanted to strengthen European integration and harmonisation in the field of competition, by ensuring that the national competition authorities all have means of effective action to punish infringements of Articles 101 and 102 of the Treaty on the Functioning of the European Union (TFEU), in particular by having the possibility of imposing fines that can reach deterrent amounts. The Directive also leads to greater harmonisation of the fines imposed by national competition authorities, which must now take account of the duration and seriousness of infringements. In addition to the adjustments made necessary by the new legal framework (elimination of economic damage, new regime applicable to fines imposed on professional organisations), the Autorité makes a number of additional adjustments. These are based on its practice over the ten years since the previous notice, the case law and doctrine to date of the review courts and the practice of the European Commission (based in particular on its Guidelines on the calculation of fines imposed pursuant to Article 23(2)(a) of EC Regulation 1/2003 of 1 September 2006).

This Notice is thus an important further step towards the convergence of competition rules and will promote a consistent application of fines between the Autorité and the European Commission.

The coming into force of Ordinance 2021-649 of 26 May 2021 on the transposition of Directive (EU) 2019/1 of the European Parliament and of the Council of 11 December 2018 to empower the competition authorities of the Member States to be more effective enforcers and to ensure the proper functioning of the internal market, (hereafter ECN+) introduced into the national legislative framework several modifications that have developed the principles for the determination of fines by the Autorité.

Ordinance 2021-649 of 26 May 2021 on the transposition of the ECN+ Directive, in accordance with the objective pursued by the European legislator, establishes a common legal framework to allow for a more homogeneous and efficient application of competition law rules within the European Union.

Article 13 of the ECN+ Directive provides that Member States must ensure that their national competition authorities can impose or require the imposition of "effective, proportionate and dissuasive" fines on companies and professional bodies that infringe Articles 101 or 102 TFEU.

Article 14 of the ECN+ Directive also harmonises the criteria for determining the amount of the fines within the internal market by using the concepts of the seriousness and duration of the infringement. In domestic law, this has led to the removal of the concept of damage to the economy - which appeared in Article L. 464-2 of the French Commercial Code (Code de commerce) and was a national peculiarity - and to the introduction, in this text, of the criterion of duration, which the legislator has now established as a parameter for determining sanctions in its own right.

Articles 14 and 15 of the Directive, transposed into Article L. 464-2 of the French Commercial Code (Code de commerce), also provide for a more dissuasive system of financial fines, now harmonised at European level, for professional bodies (which include professional bodies or associations). This regime is directly inspired by the long-standing system applied by the European Commission on the basis of Council Regulation 1/2003 of 16 December 2002 on the implementation of the rules on competition laid down in Articles [101] and [102] of the Treaty. While business associations were previously subject to a specific fine ceiling of 3 million euros in France, this ceiling in absolute terms has been abolished. Trade associations are now subject to a ceiling equal to 10% of the turnover of the professional body or of the total turnover of the member companies of the association active on the market affected by the infringement of the association, where the practice relates to the activity of its members.

The new Notice will thus lead to an anticompetitive practice being treated according to similar rules, as regards fines, at French or Commission level. This development is in line with the approach, pursued since the adoption of Regulation 1/2003, of an "integrated" and devolved application of European law by either the national competition authorities or the Commission, according to the rule of the "best placed" authority. It is also in line with the European legislator's desire, with the ECN+ Directive, to harmonise the sanctioning powers devolved to the national competition authorities by requiring that these fines actually be imposed and that they be based on unified criteria and ceiling rules.

Update to the 2011 Notice on Fines

The Notice issued today repeals and replaces the previous notice dated 16 May 2011. The new Notice draws lessons from the Autorité's decision-making practice and the case law and doctrine to date of its review courts over the last ten years on the determination of financial fines. It also takes into account the changes made to the fines regime in competition law by the transposition of the ECN+ Directive into domestic law and by Act 2020-1508 of 3 December 2020 (DDADUE).

The Notice, like the original 2011 notice, aims to increase transparency regarding how the Autorité determines fines for anticompetitive practices. It recalls the objectives of the fines and provides procedural clarifications on the calculation method. It also details the method used in practice by the Autorité to adjust fines on a case-by-case basis, in application of the criteria laid down by law (seriousness of the acts, duration, individual situation of the company or the group to which it belongs, and repetition).

With this Notice, the Autorité intends to reiterate its commitment to the repressive nature of financial fines for anticompetitive practices and maintain its ability to dissuade companies from infringing competition law, while at the same time strengthening the convergence of European and French competition law.

To revise its Notice on Fines, the Autorité conducted a first public consultation phase from 11 to 25 June 2021. The Autorité then received the representatives of the various stakeholders who contributed to this consultation[1] on 29 June 2021, and then extended the deadline for the production of written consultations to 12 July 2021, to allow stakeholders the time needed to complete their analyses and proposals.

The consultation and bilateral exchanges have enabled the Autorité to receive productive and high-quality contributions, which have enhanced and improved the draft submitted for consultation.

Thus, for example, the Autorité has specified:

The tight timeframe for the consultation was due to the need to present a clear legal framework to stakeholders quickly, while some of the provisions modifying the applicable regime have already come into force, such as the elimination of the economic damage requirement applicable to statements of objections sent by the Autorité's investigation services after 27 May 2021.

The main changes in the new Notice

In its new Notice, the Autorité adapts the concept of the seriousness of the practices, based in particular on the concept adopted by the European Commission in its guidelines. It clarifies the method for calculating the basic amount of the fine, in particular as regards the data on which it may base its calculation of the value of sales, and has expanded the list of cases in which it may adapt this method. It thus makes explicit reference, in particular, to the special situation of two-sided or multi-sided markets, which are of significant importance in the digital economy.

The Autorité also reiterates that it intends to severely punish the most serious horizontal agreements and abuses of dominant positions and now, following the example of the European Commission, provides for the possibility of adding to the basic amount a sum of between 15% and 25% of the value of sales, in order to dissuade companies from participating in such practices.

The Autorité has also taken into account the fact that the ECN+ Directive and the transposition ordinance of 26 May 2021 make duration a fully-fledged parameter for determining fines. It has thus aligned the coefficient for taking duration into account with that provided for in the European Commission's guidelines since 2006, with each full year of infringement now being taken into account. It has also taken account of developments in European case law and doctrine to date and, where an infringement has a duration of less than one year, will now calculate the duration of the infringement by the company or professional bodies pro rata temporis to their participation in it.

Through the amendments to the Notice, the Autorité thus intends to preserve the deterrent and punitive effect of the fines it imposes. However, it cannot be inferred from the new Notice that fines will be significantly increased mechanically in future, since, in particular by determining the seriousness coefficients that it will apply, the Autorité will endeavour to define fines that comply with the cardinal obligations of necessity and proportionality. It will also, as it does today, take into account the company's ability to pay when determining the fines.

Clarification of the criteria for individualising the sanction

With regard to the conditions for determining the amount of the fine, the Autorité has decided to include new mitigating circumstances, in particular where the company or a professional body puts an end to the infringement as soon as the Autorité intervenes, where it effectively cooperates with the Autorité by going beyond the obligations to which it is legally bound and outside the scope of the leniency procedure, or to take account of the reparation measures it has taken in the course of the procedure in respect of the victims of the practice.

In addition, the Autorité now provides that, to maintain the deterrent effect of the fine, it may increase it where it is clear from the evidence at its disposal that the estimated illicit gains made by the company or professional body concerned as a result of the infringement or infringements in question exceed the amount of the financial fine which it could impose.

Finally, to take better account of the fine decisions adopted by other EU competition authorities and by the European courts, the Autorité will explicitly take into account the fines imposed by the latter in the assessment of repetition.

An updated fine regime for associations of companies

The changes to the fine regime for professional bodies are among the main developments resulting from the ECN+ Directive.

In this respect, the Notice incorporates the legislator's replacement of the concept of institution by the concept of professional body, for which it provides a definition. It also inserts the new methods for calculating the fine and the new legal ceiling applicable to them as a result of the Ordinance, in the light of the relevant recitals of the ECN+ Directive.

The new Notice also includes the financial solidarity mechanism between the members of a professional body in the event that the association is fined for an infringement relating to the activities of its members, as provided for in the ECN+ Directive and transposed into national law by the Ordinance.

Finally, it should be noted that while this new Notice provides a good guide to understanding the methodology followed by the Autorité and estimating the order of magnitude of the fine that could be imposed, it should not be understood as an automatic and arithmetical calculation method. The Autorité takes into account the different elements of the case and adjusts the coefficients on a case-by-case basis, in accordance with the principles of necessity and proportionality of the fine.

Notice on the setting of Fines