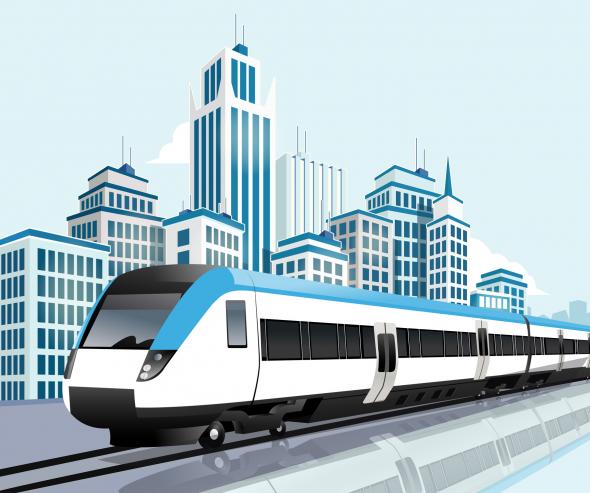 The Autorité issues several recommendations that are designed to reconcile the logic of industrial integration that underlies the creation of a public railway body with the necessary preservation of a level playing field.

On 4 October 2013 the Autorité de la concurrence provided the French government with an opinion concerning a bill on railway reform that had been submitted to it for opinion. The bill, which at this stage incorporates a small number of recommendations made by the Autorité de la concurrence, was adopted by the Council of Ministers on 16 October 2013.

In a very detailed opinion that it is making public today, the Autorité de la concurrence formulated a dozen recommendations to ensure that the reform, while permitting the industrial integration of the public group, is accompanied by a number of guarantees, especially those concerning the independence of the management of the rail network and equal access thereto.

In practice, the new architecture of the railway sector is based on the creation of a public railway group (Groupe Public Ferroviaire, GPF). The structure introduced in 1997 consisted of two autonomous entities, Réseau Ferré de France (RFF) which was responsible for the infrastructure and the SNCF which operated rail transport services. Henceforth, the GPF will incorporate, under the umbrella of a public industrial and commercial enterprise (EPIC) known as “SNCF”, an EPIC named “SNCF Réseau” that will take over the management of the infrastructure and a second EPIC named “SNCF Mobilités” that will be responsible for operating rail transport services. The following is a diagram of the GPF structure:

This new organisation, similar to that of a vertically integrated group of companies, is the subject of several observations by the Autorité de la concurrence which wishes to ensure that the reform will make it possible to reconcile the hoped-for economic efficiency with the necessary preservation of a level playing field. It considers that this challenge can be met if three principles are upheld.

1- SNCF Réseau, that plays a pivotal role, must have wider terms of reference for intervention and have its independence reinforced

The objectives of industrial consolidation and competition are not mutually exclusive and could be fully effective if the reinforcement of SNCF Réseau, the infrastructure manager, is fully implemented and if its independence is preserved.

• Stations and service infrastructure to be transferred to SNCF Réseau

The areas of responsibility of the infrastructure manager, SNCF Réseau, will be limited to the national rail network. The incumbent operator will thus remain in charge of most of the railway stations in France and of the service infrastructure. The Autorité de la concurrence deplores this status quo.

In fact, as it had already pointed out in 20091, passenger stations have all the characteristics of an essential facility to which access must be guaranteed for the railway operating companies in a non-discriminatory and transparent manner. Without access to the stations and service infrastructure, or if such access is only available under discriminatory conditions, the development of competition will be impaired2.

• Reinforcement of measures designed to provide a concrete guarantee of the impartiality and independence of SNCF Réseau and its board of directors.

The Autorité de la concurrence considers that the planned governance contains certain gaps, especially with respect to the composition of the board of directors of SNCF Réseau and the appointment of its members.

The chairman of the board of directors will have a key role to play in the governance of SNCF Réseau. In its present state, the bill provides for the regulator, the ARAF, being able to object to the appointment of a particular individual only if, at the time this person accepts the office of chairman of SNCF Réseau, he/she has interests in a rail company or any of the subsidiaries thereof.

This absence of a conflict of interest would appear to be necessary but it is inadequate to guarantee the independence of the chairman of SNCF Réseau.

Finally, there should be an allowance for internal organisational measures in order to guarantee materially the independence and impartiality of SNCF Réseau with respect to the railway companies (restrictions on the mobility of the senior management of rail companies to SNCF Réseau through a rail ethics commission which would have to be notified, the material requirement of independence in terms of separation of the premises occupied, their information systems, etc.).
The Autorité observes that most of the measures under consideration are restricted to the allocation and pricing of train paths while all of the infrastructure management tasks are largely interdependent and require close contact between each other. For example, the allocation of train paths3 is not unconnected with network maintenance activity, the same organisation being responsible for performing the work that would render certain train paths unavailable in practice.

• Preserving the independence of SNCF Réseau

The tasks assigned to the controlling EPIC (SNCF) have been defined in a particularly wide sense and their exact scope is subject to interpretation. It would appear that the controlling EPIC does not have the sole function of exercising the traditional prerogatives of a holding company (fiscal and economic integration tasks) but is also required to perform functions of an operational nature.

This rather vague definition of its tasks runs the major risk that certain prerogatives relating to the management of railway infrastructure in France could be exercised de facto by the leading EPIC, resulting in a major loss of decision-making independence for SNCF Réseau.

The bill does not specify in any way the allocation of the so-called “internal” tasks (i.e. those performed solely for the benefit of the EPICs constituting the GPF) and “external” tasks (i.e. those performed for the benefit of the whole railway industry). Under such conditions, there is a risk that the controlling EPIC would endorse the responsibilities for the industrial integration of the railway system as a whole without any guarantee of independence and objectivity.

This situation raises the issue of the opacity of the system concerning, on the one hand, the role of the controlling EPIC in the tasks it will be performing for the benefit of all and, on the other hand, the ability of the incumbent rail operator to exert an influence on the decision-making process of the controlling EPIC regarding decisions that have an impact on the whole railway industry.

Furthermore, the board of directors of the controlling EPIC consists of two members, the chairman of SNCF Réseau and the chairman of SNCF Mobilités. The possibility cannot thus be excluded that decisions might be made solely for the benefit of the incumbent operator, without taking account of the point of view of the other rail operators or the interests of the rail industry.

The controlling EPIC should not be entitled to take on “external” tasks and restricted governance without this adversely affecting the neutrality of the decisions taken.

•Awarding greater powers to the ARAF

The Autorité de la concurrence recalls that sector-specific regulation is a key element for the purpose of supporting the various phases in the opening up to competition of an economic sector previously run by a monopoly.

It welcomes the fact that the provisions of the bill reinforce the independence of the ARAF (professionalisation of the Board) but is disappointed by the fact that the bill deprives the regulator of its right to give assent with respect to fixing the fees for using the national rail network infrastructure (“railway tolls”).
This change deprives the ARAF of one of the most important powers it currently possesses.

The Haut comité du ferroviaire is the consultative body for all rail industry stakeholders. It has a consultative role and will also commission the major changes to the rail sector. Consultation between the stakeholders on major questions of strategy could be a good indication of transparency for the benefit of all concerned.

The task of conciliation assigned to it, however, could result in the industry’s stakeholders resolving their disputes among themselves, non-transparently and without any guarantee of impartiality. Furthermore, this would weaken the ARAF’s powers of dispute resolution.

The bill that has been submitted to the Autorité for examination also provides for the Haut comité ferroviaire to approve a network code (Code du réseau) that specifies the manner in which relationships are conducted between infrastructure managers, managers of service infrastructures, railway companies and the organising bodies. This “Code of Conduct” explains in which way the network reference document (Document de référence du réseau, DRR), which describes the principles and procedures for access to rail infrastructure, must be implemented.

The bill does not specify either the nature or content of this code. There is however a serious risk that, in practice, its content would overlap or reinterpret the content of the DRR, thus depriving the infrastructure manager of the authority which it alone must have to guarantee non-discriminatory access to the network.

1See opinion no. 09-A-55 dated 4 November 2009 concerning the terrestrial passenger public transport sector and the press release.
2The risk of discrimination in access to infrastructure is not hypothetical. In late 2012, in the freight sector, the Autorité de la concurrence fined the SNCF for having prevented competitors accessing rail capacity that was indispensable for their operations (decision 12-D-25 dated 18 December 2012.
3Train path allocation consists in tracing traffic graphs and drawing up train timetables.