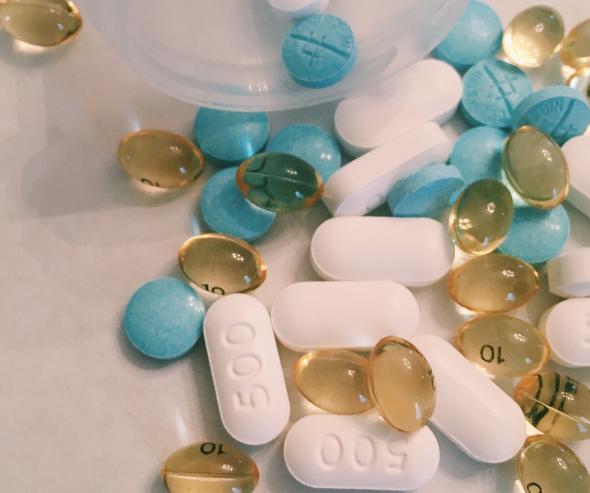 Following a complaint filed by the Arrow génériques laboratory, The Autorité de la concurrence has imposed a 15.3 million euro fine on the Schering-Plough laboratory for disparagement of the generic by the Arrow laboratory which is in competition with its originator medicinal product Subutex®, and for granting unwarranted discounts to pharmacists in order to curb the entry of the generic product.

The Autorité has also fined an anticompetitive agreement between Schering-Plough and its supplier Reckitt Benckiser, which purpose was to implement a strategy of closing off competitors.

For the record, in 2007 the Autorité de la concurrence issued interim injunctions instructing Schering-Plough to publish a statement in the specialized press reminding doctors and pharmacists of the strict bioequivalence of Subutex® with the competing generic products, and of the fact that substitution by the generic poses no risk to patient health (see press release and decision 07-MC-06, confirmed by the Paris Court of Appeal and the French Supreme Court (Cour de cassation)).

The Subutex market® and the complaint lodged by Arrow

Subutex® (Buprenorphine molecule) is a medicinal product prescribed for the treatment of opiate addiction (particularly heroin) of drug addicts.

In 1997, Schering-Plough acquired exclusive sales rights for Subutex® in France from Reckitt Benckiser (manufacturer of Subutex®). In return, Schering-Plough paid royalties to Reckitt Benckiser (a percentage of turnover). In March 2006, Arrow launched its generic equivalent.
Following the launch of its generic product and the difficulties the laboratory faced in penetrating the market, Arrow brought the matter before the Autorité de la concurrence, deeming that Schering-Plough was abusing its dominant position to exclude it from the market.

In anticipation of the arrival of Subutex® generics in 2006, between October and December 2005 Schering-Plough and Reckitt Benckiser adopted a French plan against generics, with the goal of "Delaying/Discouraging the entry of generic products". The main themes of this plan were firstly, "bioequivalence" and "health issues", and secondly "Minimising the market penetration of generics" for "direct sales to pharmacies" and through "customer loyalty schemes".

Reckitt Benckiser and Schering-Plough together decided that Schering-Plough’s communication would be based on differences between the originator product and the Arrow generic related to appearance, dissolution and excipients, the idea being to instil "doubts" in the minds of doctors and pharmacists as to a change of treatment as regards the "psychiatric instability” of the patient and the "risk of misuse and trafficking” of the Subutex® generic. In addition, Reckitt Benckiser and Schering-Plough agreed to saturate pharmacy aisles, by giving pharmacists a financial incentive to order large quantities of Subutex®.

The implementation of Schering-Plough’s plan

Schering-Plough disparaged the Arrow generic and granted discounts to pharmacists with the purpose of saturating their aisles with Subutex®.

• A global and structured disparagement campaign

From mid-February to May 2006, Schering-Plough organised seminars and telephone meetings and prepared sales pitch templates for its medical and pharmaceutical representatives so that they could disseminate an alarmist message to doctors and pharmacists on the risks of prescribing or dispensing the Arrow generic, even though it did not have access to any specific medical study to justify such a position.

For example, during a training seminar for medical representatives, they were asked to "instil certain “doubts” in the minds of pharmacists regarding change" ("2006 pharmacy strategy - Communicate information on the specificities of drug addicts, and the specific nature of care: instil certain “doubts” regarding change (psyc. comorbidities, risk of misuse and trafficking)/paragraph 369 of the decision

Schering-Plough’s CEO reproduced the speech delivered by a medical representative to a pharmacist that he wished to be disseminated due to its effectiveness: "1) The excipients are not the same (talc + silica) 2) no-one knows what would happen if injected 3) indeed, initial problems with generic products have arisen in Beziers"/paragraph 375 of the decision

From January to August 2006, Schering-Plough finalised its plan, before the generic product had even entered the market, by offering considerable discounts to pharmacists without aiming to gain anything in return, simply for the purposes of preventing them from obtaining supplies from Arrow. The object and effect of these discounts was to saturate pharmacy aisles with boxes of Subutex®.

Considerable impacts on the substitution rate and public accounts

Even Schering-Plough’s executives admitted that these practices had turned out to be very effective.

For example, a Schering-Plough regional manager deemed (...) that drug addiction specialists were doing "an excellent job with pharmacists and doctors” and pointed out that "I believe that their actions have greatly curbed the establishment of the generic product. Every day I meet pharmacists in the field who tell me that had the drug addiction specialists not been there, they would have immediately ordered the generic product (the same is true for doctors’ prescriptions). (…) I believe that given the penetration rate of the generic, they are performing exceptionally well".

By influencing both doctors and pharmacists, Schering-Plough hindered competition at two key stages of the generic substitution: at the prescription stage by significantly increasing the number of  "non-substitutable" references (67% of prescriptions contained this reference), which limited the level of Subutex® generics; and at the dispensing stage of this medicinal product, by providing pharmacists with incentives not to substitute Subutex® when the prescription did not contain the "non-substitutable" reference.

The substitution rate was therefore very low. The generic Buprenorphine molecule has a market share that is twice as low as the average for molecules in the same therapeutic category one year after the entry of the first generic.

The Buprenorphine market constitutes a significant expense for health insurance, which reimburses an average of 77 million euro per year for this molecule. Therefore the low market penetration of the generic product has inevitably had a considerable impact on public accounts, amounting to several million euros per year.

Consequently, the Autorité de la concurrence issued a 15.3 million euro fine to Schering-Plough for disparagement and unwarranted discounts granted to pharmacists. Schering-Plough and its parent company Merck & Co were also fined 414,000 euros for participating in the anticompetitive agreement.

Schering-Plough did not challenge the objections issued by the Autorité, and made competition compliance commitments in order to prevent such practices in the future. It particularly undertook to monitor the planned marketing strategy prior to the arrival of generics, and to train salespeople on the unlawfulness of disparagement. These significant commitments have been made at a time when a number of the laboratory’s molecules are about to be released into the public domain. The penalties imposed on Schering-Plough have therefore been reduced.

Moreover, Reckitt Benckiser was also fined 318,000 euros for its participation in the anticompetitive agreement on the marketing strategy.

In May 2013, the Autorité previously fined Sanofi-Aventis 40.6 million euros for implementing a disparagement strategy against generics of Plavix®, one of the highest selling medicinal products in the world (see press release of 14 May 2013).

The Autorité is also investigating a third case related to practices liable to constitute the denigration of a powerful analgesic (Durogesic®).