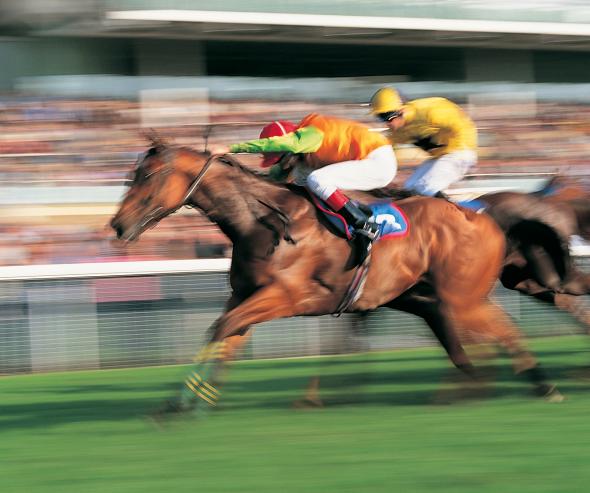 Online gaming companies Betclic and Zeturf have referred practices by PMU in the online horse betting sector to the Autorité de la concurrence. They considered that PMU has not complied with its commitment undertaken in 2014 to separate its pools of bets made online and through its physical network of outlets.

After examining the case, the Autorité considers that PMU has not complied with the commitment to separate pools of bets made through its physical network and those placed online for foreign races that are part of a common pool partnership between PMU and several foreign operators. The Autorité noted that, for this type of race, the betting pool at PMU sales outlets was always combined with the betting pool of the pmu.fr website, in breach of the commitment made mandatory by Decision 14-D-04. Consequently, the Autorité has imposed a fine of 900 000 euros on PMU.

Complaint by Betclic and Zeturf

Betclic and Zeturf consider that, subsequent to the Autorité's decision in 2014, “PMU has once again combined the betting pools from its sales outlets and its website for bets on certain foreign races.”

Commitments undertaken by PMU in 2014

Online gaming and betting have been open to competition since 2010, while betting at points of sale still falls under the legal monopoly of PMU.

Following an initial complaint by Betclic, the Autorité expressed competition concerns given PMU's combining the stakes from all bets online with those at its sales outlets into a single betting pool. Combining the betting pools increased the attractiveness of the horse betting offer on the pmu.fr website compared with its competitors and risked affecting the conditions of competition with operators offering online betting.

In order to counter (and respond to) these competition concerns, PMU had undertaken, for each type of betting offered on the pmu.fr website, to separate the betting pools recorded online from those recorded at its sales outlets so that the pools for horse betting offered on the pmu.fr website would consist only of online bets recorded on the site, thus placing its competitors on an equal footing (see Press Release of 25 February 2014).

Betting on foreign races in a common pool

PMU currently has five “common pool” partnerships with foreign operators for races in South Africa, Ireland, the United States, Norway and Sweden. These bets[1] have identical odds and ratios when they are offered simultaneously by PMU on its pmu.fr website and in its physical points of sale.

Given the operation of the common pool agreements concluded by PMU with its partners on foreign races, all the pools thus collected are combined to calculate the betting ratios. Thus, when PMU has a common pool agreement with a foreign operator for both online and offline betting, its two betting pools are combined with those of the other partners into a single pool to determine the odds and the winnings of the bettors.

As a result, within the framework of these partnerships, PMU can offer foreign races on its website and in its physical network under the same attractive conditions, which corresponds exactly to the situation that prevailed for all bets marketed by PMU before the commitments entered into in 2014 came into force.

Arjel, the French online gambling regulation authority (Autorité de Régulation des Jeux En Ligne), which issued an opinion to the Autorité as part of the investigation of the case, agrees: “PMU was therefore prohibited from combining its betting pools from online and sales outlets by any means whatsoever, both for foreign and French races.”

While it remains possible for PMU to enter into partnerships on foreign races, these must not lead to combining bets made online and those placed in its physical network, under a legal monopoly, in order to comply with its commitment.

PMU, which itself drafted the commitment, could not be ignorant of the fact that it concerned both foreign and French races. Even if, in the present case, foreign races in common pools at this stage constitute only a limited part of PMU's horse betting activity, the breach is all the more serious as the commitment to separate the betting pools was at the heart of the mechanism aimed at preventing PMU from using the betting pools collected in its network of physical sales outlets to benefit its pmu.fr website.

In light of these details, the Autorité de la concurrence imposed a fine of €900 000 on PMU.