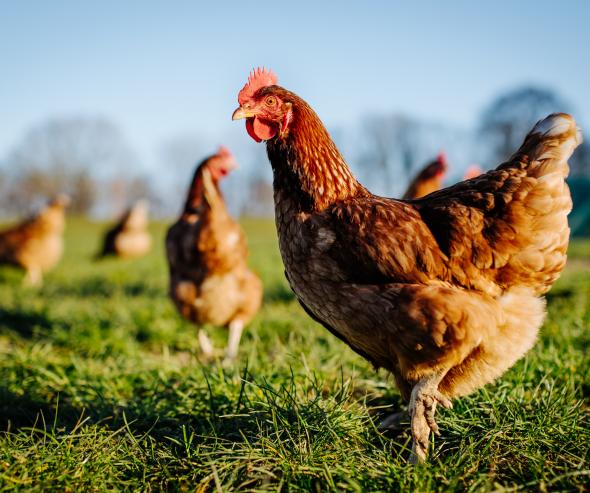 A number of slaughterhouses will have to be divested to maintain sufficient competition for poultry farmers.

On 8 January 2021, the LDC Group notified the Autorité of its plan to acquire sole control of the Ronsard Group, previously owned by the Eureden Group.

The LDC Group, which owns the Le Gaulois, Maître Coq, Marie and Loué brands, is organised around four sections:

- the "poultry" section, specialising in the slaughtering and marketing of poultry and processed poultry products;

- the "catering" section, specialising in the production and marketing of catering products;

- the "international" section, comprising subsidiaries in Poland, Hungary and Spain.

The LDC Group achieved a turnover of 4.4 billion euros.

The parties are active at various levels of the poultry industry.

Upstream, they are active as purchasers on the markets for the collection of live poultry for slaughter.

The LDC and Ronsard Groups are both present mainly in the Ain, Morbihan and Landes regions. In the latter two départements, the transaction does not affect competition, since farmers will continue to have alternative makes to the new entity (competing slaughterhouses) for selling their production. As regards the Ain region, the transaction strengthens the position of LDC, which was already a major buyer in the area, thus depriving farmers of alternative markets in the region.

The Ronsard Group currently provides standard turkey slaughtering services in its CADF slaughterhouse in Morbihan for third-party operators, who then use the slaughtered animals and market them as fresh meat or processed products, markets in which Ronsard has little presence. However, the situation is different with regard to the LDC Group, which is present in these downstream markets for the sale of standard turkey meat and processed turkey meat products. The Autorité thus considered that, by acquiring control of the CADF slaughterhouse, LDC could hinder the access of its competitors to this slaughterhouse, to prevent them from competing with it downstream in the sales markets.

In view of the Ronsard Group's generally limited market shares in the various markets for the sale of fresh meat and processed poultry meat products, the existence of strong competing groups and the countervailing power of buyers (mass retail, out-of-home catering and the agri-food industry), the Autorité considered that the transaction was not likely to harm competition in these markets.

To address the risks to competition identified by the Autorité in the markets for the collection of live poultry in Ain, the LDC Group has committed to divest the two slaughterhouses of the Ronsard Group located in Ain, thereby eliminating any overlapping activities in that département. The divestiture of one of these two slaughterhouses will be carried out under a fix-it-first mechanism, which allows the Autorité to directly approve the buyer of the divested asset as part of the clearance decision. The S2M Group, which specialises in the marketing of kosher meat, will take over the Ronsard Bresse slaughterhouse.

A fix-it-first type commitment resolves competition issues in advance. In this case, it means identifying a buyer for the assets concerned by the remedy, in this case S2M, before the Autorité's decision is adopted.

The Autorité has already had recourse to fix-it-first commitments on four occasions: