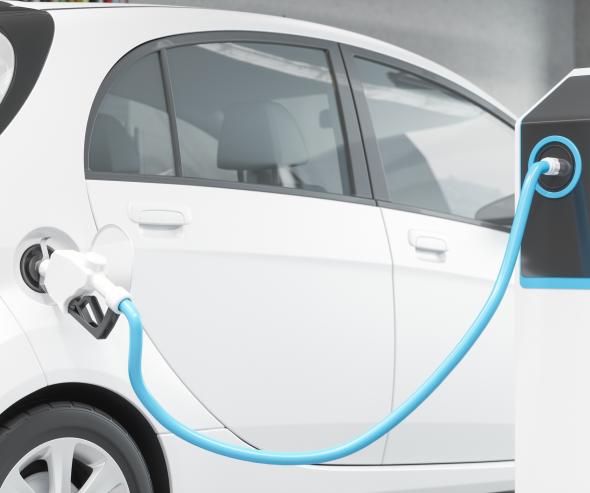 When examining the transaction concerning the stake acquired by DMSE in Storengy, a subsidiary of Engie, the Autorité examined the hydrogen production and distribution markets for the first time, as well as the market for the development, construction and installation of hydrogen stations.

Following the transaction, DMSE will be the only active operator in the hydrogen distribution market in the Dijon conurbation. However, the Autorité estimates that, in an emerging market in the process of expansion, large market shares are not necessarily indicative of market power. Given the existence of potential competitors and the absence of barriers to entry into this market, the Autorité considers that, in this case’s circumstances, this situation does not raise competition issues.

Storengy is a subsidiary of Engie. In addition to its activities in the natural gas sector, Storengy is developing its activity in the production and use of renewable hydrogen.

Rougeot Énergie Invest is a subsidiary of the group Rougeot, specialising in public works, construction, energy and wine growing. Through its various subsidiaries, Rougeot is active in the renewable energy sector. In particular, Rougeot Énergie Invest is carrying out turnkey hydrogen production projects to the benefit of local and regional public authorities and private stakeholders.

Dijon Métropole [the Metropolitan Authority of Dijon] is a public institution for cooperation between municipalities. For the benefit of its members, it exercises economic and social powers with regard to urban policy, housing and spatial planning. In the field of the environment, Dijon Métropole exercises powers in waste collection and treatment, air pollution prevention, the energy transition and the development and adoption of the regional climate, air and energy plan.

Dijon Métropole Smart EnergHy (‘DMSE’) is a company whose aim is to develop a project to construct and operate production works and hydrogen vehicle refuelling stations in the region managed by Dijon Métropole. As a priority, it must supply hydrogen to buses and tipper trucks in the conurbation, which will be fitted with fuel cells.

Companies concerned by this competition transaction both operate in the hydrogen market. Given the process required to produce this gas, the markets involved in this transaction are the hydrogen (production, retail distribution, and design and installation of stations) and electricity markets.

For the first time, the Autorité examines the hydrogen sector

There are several hydrogen production processes. In Europe and France, 90-95% of hydrogen is produced by steam methane reforming, a process that produces significant amounts of carbon dioxide.

Hydrogen production by water electrolysis is an alternative to steam reforming. Electrolysis itself does not release carbon dioxide. However, as part of an overall assessment of the environmental impact, the way in which the electricity used in the reaction is produced should be taken into consideration. If the electricity used is produced from sources that do not emit carbon dioxide, hydrogen will be produced without emitting any greenhouse gases.

Although the hydrogen molecules produced by the different processes are identical, the Autorité found that the environmental impact of these processes and the differences in production costs varied greatly. It therefore appears, given environment protection objectives, that there is a specific demand for hydrogen production by electrolysis that couldn’t be met by production through steam methane reforming, even though it is cheaper. Nonetheless, given the emerging nature of these electrolysis production stations, for mobility purposes, and the very marginal volume represented by this method of production, the Autorité considers that hydrogen production and distribution markets segmentation is not justified at this stage.

With regard to hydrogen distribution for mobility purposes, the Autorité paid particular attention to the geographical dimension of the market affected by this activity. It was found that a distribution model similar to petrol stations, corresponding to a fine regional network, was not the preferred development strategy for the market. On the contrary, the Autorité found that the location of distribution stations appears to meet two distinct constraints, linked to the main uses of hydrogen for transport. First of all, for heavy goods vehicles, uses should mainly apply to major motorway routes on which distribution stations should be installed. Secondly, for buses and tipper trucks, hydrogen distribution stations are intended to be installed in the respective depots of these fleets.

Although the Autorité considered that it is not pertinent at this stage to distinguish a specific segment for “green” hygrogen production within the hydrogen production market, this matter is also raised with regard to the market for the retail supply of electricity.

Although it is possible to conclude, based on the position of the parties on most markets, that the transaction will not raise a competition problem, it nevertheless appears that DMSE will be the first and only operator to produce and distribute hydrogen from its two stations in the conurbation of Dijon.

However, the Autorité revealed that, in an emerging market in the process of expansion, large market shares are not necessarily indicative of market power. Tt is important to take into account the dynamics of an emerging market, rapidly evolving, influenced by innovation and the entry of new operators. In this context, the Autorité has focused on verifying the possibility for current or potential competitors to develop their activity in this market. In this case, however, it emerged that competing facilities are likely to be located locally, given the absence of barriers to entry, both in terms of hydrogen production and distribution. The Autorité therefore cleared the transaction without conditions.

[1] In its 2020 report on the functioning of the French electricity and natural gas retail markets in 2018 and 2019, the Energy Regulatory Commission explains that: “These guarantees are certificates making it possible to ensure commercial traceability or contractual energy, that is to say to associate consumption with specific production facilities. A producer injecting renewable electricity into the grid can obtain a certificate (GO) attesting that a certain volume of green electricity has been injected into the grid. A consumer wishing to benefit from green electricity can, by purchasing this certificate (GO), bring additional income to the producer by allocating the production of his renewable installation. "