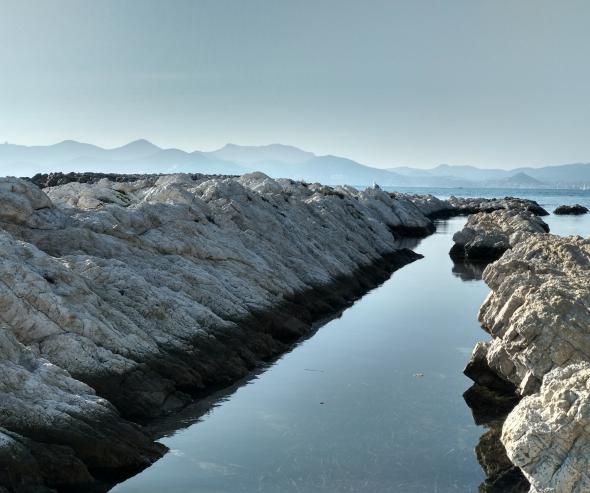 The Conseil de la concurrence rules that the Cistercian monks of the Isle of Saint Honorat did not ignore competition law by restricting passenger transport to and from the island exclusively to a company under their control.

In a decision dated 8th November 2005, the Conseil de la concurrence has rejected, on the grounds of insufficient evidence, the referral handed down by the company Trans Côte d'Azur in July 2005, together with the accompanying request for interim measures.

The Lérins Isles lie to the south-east of La Croisette, some 800 metres off the coast of Cannes. They are made up of two larger islands, Sainte Marguerite and Saint Honorat, and two small islets: la Tradelière Saint-Féréol.

The Isle of Saint Honorat is peculiar in that it is in private hands, owned entirely - with the exception of certain areas that are classed within the Public Maritime Domain – by the Cistercian Congregation of the Immaculate Conception (Congrégation cistercienne de l'Immaculée Conception). This religious community, which comprises around thirty monks, runs guest quarters, which is an economic activity, and produces and sells a range of consumer goods. During the day, it hosts visitors attracted by the charm and tranquillity of the island and the abbey-church.

The Congregation also holds a concession for the sole landing stage that exists to allow access to the island, and grants exclusive use of the stage to its subsidiary company Planaria, which thus holds a monopoly on transport to and from the island.

The complaint by Trans Côte d'Azur

Trans Côte d'Azur is a subsidiary of the company Société Nouvelle de Remorquage et de Transport Maritime (SNRTM), which is based in Toulon. Set up at the beginning of the 1990s to develop the parent company's activity in France's Alpes Maritimes département, Trans Côte d'Azur was until 1996 based in Nice, where it ran a mainly tourist oriented pleasure boat trip business with regular shuttles to the Lérins Isles, which was subsequently extended to Saint Tropez, the Bay of Villefranche and Monaco.

Having moved its base of operations to Cannes in 1996, until 1999 Trans Côte d'Azur offered several passenger routes departing from the old port of Cannes, including regular year-round links with the Isle of Saint Honorat.

Trans Cote d'Azur claims that the Congregation is abusing its dominant position, by reserving transport to and from the island exclusively for the company Planaria without admitting any competition, and refusing access to the island's sole landing stage, to the detriment of the complainant and all the other companies which served the island prior to 1999.

Trans Côte d'Azur emphasizes that these practices have served to restrict competition, since no ferry company other than Planaria now directly serves the Isle of Saint Honorat, or even simply lands there as part of a tourist excursion service combining this island with nearby Sainte Marguerite island, even though they all continue to serve Sainte Marguerite.

However, after examining the arguments put forward by the Congregation, it concluded that the creation of the Planaria transport company and the monopoly on transport to and from the island met an objective necessity, justified by the site's peculiar geography, the private character of the island and the need to control the flow of visitors.

The Congregation's aim of limiting visitor numbers is justified by the need to conserve, across a relatively small area, the peace and tranquillity of the monastery site and safeguard the integrity of the listed site. Past attempts to open up routes to the island to several competing companies resulted in excessive numbers of visitors, especially during the summer period (2,000 to 3,000 visitors per day), which is incompatible with the aforementioned objectives.

If other private companies were authorised to land at the island's sole landing stage, the only way of regulating visitor numbers would be to introduce a policy of quotas for each company. This system would be difficult to implement, since it would mean not only introducing passenger quotas, but also time slots at which each company could land, on account of the small size of landing stage n° 14 (135 m2). It would also be difficult to enforce, given the geography of the site.

The Conseil de la concurrence therefore took the view that no other possible solution could satisfy the same objectives with fewer competition restrictions, and that consequently the referral should be rejected.