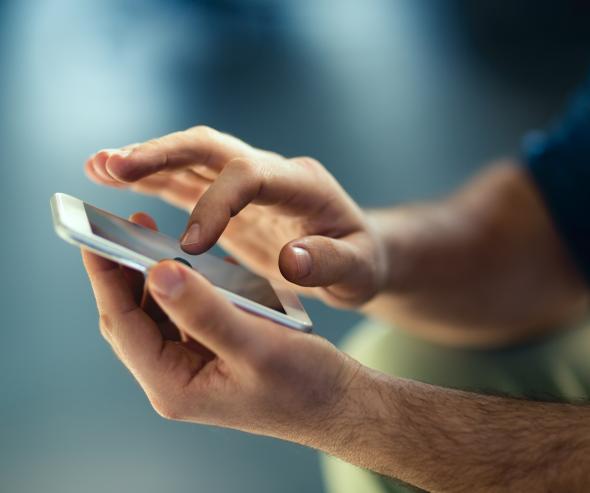 On 9th July 2004, the Conseil de la concurrence received a complaint from the mobile telephony operator Bouygues Télécom Caraïbe. The complainant claimed that the firms Orange Caraïbe and France Télécom were abusing their dominant position in the mobile or fixed telephony sector, and engaging in anticompetitive practices in the French overseas départements of Martinique, Guadeloupe et Guyane.

The Conseil de la concurrence ruled that there was sufficient evidence of serious and immediate harm to the sector and consumers, and imposed interim measures. It also decided to pursue a full investigation of the case on the merits.

The mobile telephony sector in the Caribbean : a mature market characterised by an asymmetric duopoly

Orange Caraïbe's market position is a strong one, since the company began marketing its services in the Caribbean as early as September 1996, some four years before Bouygues Télécom Caraïbe. In addition, the mobile telephony market in the Caribbean can be described as mature : it is a replacement market where the installation rate is no longer growing. This situation makes the market particularly vulnerable to practices aimed at discriminating against or evicting competitors, foreclosure or abusive customer loyalty schemes.

In its referral, Bouygues Télécom Caraïbe complained of a number of market eviction practices by Orange Caraïbe and France Télécom, which allegedly served to exacerbate its financial difficulties.

Foreclosure of the distribution network via exclusivity contracts with independent distributors

Orange Caraïbe has signed a substantial number of exclusivity contracts with independent distributors (110 retail outlets). For the duration of these contracts and for two years after they expire, the distributors are obliged to distribute solely Orange Caraïbe's products and services, and are prohibited from selling any of those supplied by Bouygues Télécom Caraïbe.

Given the narrowness of the geographical market concerned and the low rate of turnover in the leases of first choice retail outlets, the Conseil takes the view that these restrictions on distributors' freedoms are likely to give Orange Caraïbe a crucial advantage, by limiting Bouygues Caraïbe's access to the retail market. Furthermore, these practices cause problems for consumers, who are unable to compare the products offered by the two operators in one retail outlet.
At this stage of the investigation, the anticompetitive effects of these practices seem all the more likely, given that in this case the non-competition obligation has been imposed by an operator with a high degree of market power against its sole, much smaller competitor.

Cétélec Caraïbe is the only manufacturer-approved mobile telephone repair company in the Caribbean. The contract that Orange Caraïbe has agreed with this company contains an exclusivity clause. Since it is unable to use Cétélec's services, Bouygues Télécom Caraïbe is obliged to send defective mobile telephones back to mainland France, which has the effect of extending the time taken and the cost of carrying out repairs. Consequently, the clause granting exclusivity to Orange Caraïbe effectively serves to artificially increase its competitor's costs.

Orange Caraïbe has introduced different tariffs for on net (calls within its network) and off net calls (calls made by an Orange subscriber to a Bouygues subscriber).

This "overpricing" of off net calls effectively gives the Bouygues network an unfavourable, expensive image, and encourages consumers who are able to coordinate their purchases (members of the same family, group, or company, etc.) to concentrate their subscriptions on just one network, the larger of the two (in this case Orange).

This is known as the "club effect". In this respect, the Conseil emphasises that the anticompetitive impact of the club effect is due not to the absolute size of each of the networks concerned, but to the difference between their sizes : the larger network holds a market share in excess of 82%. The difference in size serves to multiply the overpricing effect.

The "Change mobiles" programme enables subscribers to accumulate loyalty points depending on the size of their bills. If they wish to use these points to purchase a new mobile at a preferential tariff, they must first sign up to Orange Caraïbe for a further 24 months.

The Conseil de la concurrence emphasises that these offers may result in market shares crystallizing, since they deter customers from switching between networks.

In particular, the "Change mobiles" programme encourages customers to stack up their subscription periods. By artificially extending the subscription period, Orange Caraïbe avoids having to compete with its rival firm once more. This practice has the effect of freezing market shares for its benefit.

Serious and immediate harm to the situation of the complainant company, the sector and consumers

The Conseil de la concurrence takes the view that the current situation is likely to prevent the operator Bouygues Caraïbe from applying normal competitive pressure to its competitor Orange Caraïbe. This state of affairs represents serious and immediate harm to the situation of the complainant company, the sector and consumers.

The Conseil observes that whilst the practices outlined above also exist in mainland France, they have particular effects in the Caribbean, as a result of the very specific structure of the geographical market, where competition is between two operators with very unequal market shares (82% and 18% respectively).

The interim measures handed down

The Conseil de la concurrence gives Orange Caraïbe two months in which to comply with these injunctions.

> Decision 04-MC-02, relative to a request for interim measures submitted by the company Bouygues Télécom Caraïbe against practices by the companies Orange Caraïbe and France Télécom