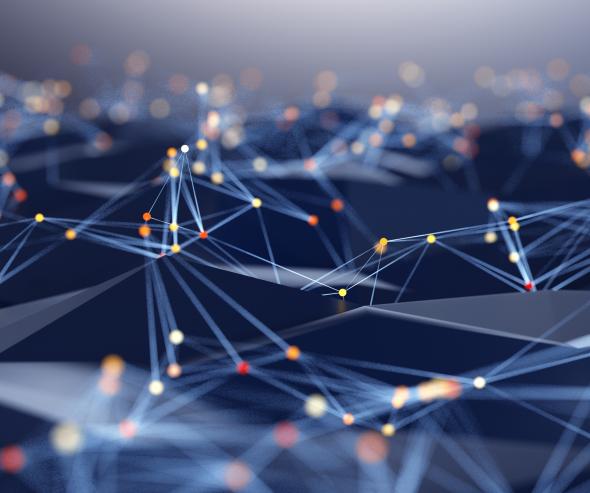 The Autorité de la concurrence issues an opinion to ARCEP
(France’s Electronic Communications and Postal Regulatory Authority),
in the framework of the fifth cycle of analysis of the fixed broadband and superfast broadband wholesale markets.

The Autorité de la concurrence agrees with most of the conclusions
drawn by the regulatory authority.
In particular, it suggests that the obligations planned with regard to Orange as a building operator
should be extended to all operators.

As part of its analysis procedure relative to the fixed broadband and superfast broadband wholesale markets for the period 2017 to 2020, ARCEP asked the Autorité de la concurrence to issue an opinion. These markets have been identified by the European Commission as likely to become subject to ex ante regulation by the sector regulatory authorities of the EU Member States.

A market that includes broadband and superfast broadband networks

The Autorité de la concurrence backs ARCEP’s conclusion that the broadband and superfast broadband markets cannot, at this point in time, be considered as separate markets, while adding that, in the retail market, growth is being driven by superfast broadband.

Within the framework of fibre optics network rollout, a distinction is made between the part of the network deployed by each operator (i.e. the "horizontal" part of rollout in the street) and the distributed part of the network (i.e. in high-density areas, rollout of the "vertical" part in buildings). The distribution of the network terminal part (going from the distribution point at the foot of a collective building, for example, to the subscriber) is provided for within the regulatory framework. The operator deploying this distributed part is called the "Building Operator".

To ensure that any commercial operator that so wishes can offer its services to residents in buildings served by the Building Operator’s network, the latter must enable access in a transparent and non-discriminatory manner.

ARCEP and certain operators have observed operational difficulties related to their capacity to win customers connected via these "vertical" networks on an equal footing to that of the Building Operator. In response, ARCEP proposes imposing a certain number of measures on Orange, the operator that has rolled out the highest proportion of distributed "vertical" networks, aiming at preventing it from giving preferential treatment to its commercial subsidiary over the other commercial operators. Within the framework of the non-discrimination obligation binding on all Building Operators, ARCEP is considering requiring Orange’s commercial branch to follow the same operational and technical processes as those that Orange makes available to other commercial operators which also use the distributed "vertical" network it has deployed.

The Autorité de la concurrence believes that it is necessary to ensure that the non-discrimination requirement already stipulated in the regulatory texts should, in effect, be guaranteed, but thinks that it is up to ARCEP  to choose, from the options considered, that which is both necessary and sufficiently effective in achieving this objective, given the risks and difficulties identified. It also believes that the risks identified by ARCEP are not limited to the case of Orange only, and that therefore any bias on the part of a Building Operator toward any specific commercial operator would be in breach of the principles of fair competition. Thus, the Autorité de la concurrence is of the opinion that the measures considered by ARCEP should, as a result, be examined for all Building Operators and, more specifically, for those belonging to a vertically-integrated group.

Encouraging competition in the business market

There is currently little competition in the current business market: Orange deploys most of the network in this market and can, therefore, offer its services to the majority of business customers, either through "dedicated" networks for companies with the most demanding requirements, or through the general distributed network for other customers.

The alternative wholesale operators which, for the most part, believe that they do not have the capacity to compete with the network rolled out by Orange,  wish to be able to use it  via specific offers to be able to meet the very diverse needs of businesses in an appropriate manner.

In response to this, ARCEP is considering requiring Orange to agree to reasonable applications for access to its network made by other wholesale operators. The latter could then, after having been able to access Orange’s network, offer commercial operators in the "business" sector access packages that would be competitive with those of the integrated operators (mainly meaning Orange and SFR).

The Autorité de la concurrence backs ARCEP’s proposal, in view of the fact that it could stimulate competition, within a reasonable time-frame, in the business market.

The Autorité de la concurrence nonetheless requests that ARCEP remain vigilant regarding the lack of an alternative in the short term, and the need identified by some players that they should be able, without waiting for intermediaries to emerge in the wholesale market, to have access to Orange’s network in the specific case of calls for tender put out by multi-site businesses, which require coverage of all the business customer’s sites.

> For more details regarding this issue, you can read the text of Opinion 17-A—09 of 5 May 2017 regarding the France’s Electronic Communications and Postal Regulatory Authority (ARCEP) on the fifth cycle of analysis of the fixed Broadband and superfast broadband wholesale markets and leased lines