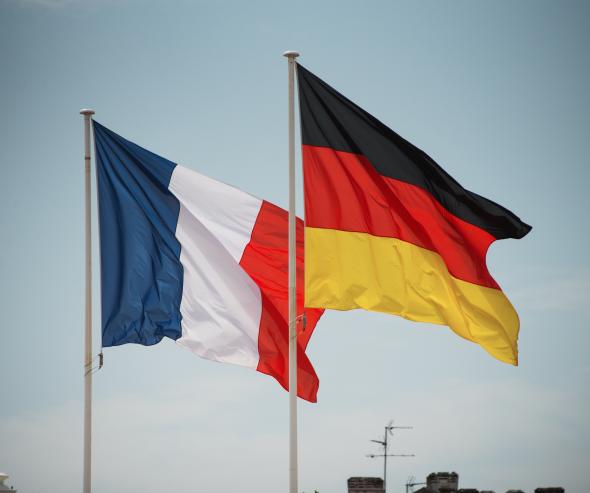 The Autorité de la concurrence and the German competition authority, the Bundeskartellamt, met on 14 November for an exchange on digital platforms and mergers in the retail distribution sector.

The Autorité de la concurrence and its German counterpart the Bundeskartellamt met on 14 November for the 7th Franco-German Competition Day in Paris. Since 2004, the presidents from the French and German institutions have hosted a biennial meeting, organized in rotation by the two competition authorities, which enables an exchange on common topics of interest.

Isabelle de Silva, the president of the Autorité de la concurrence and Andreas Mundt, the president of the Bundeskartellamt, underlined that “The Franco-German Competition Day bears witness to the well-established and excellent cooperation between the Bundeskartellamt and the Autorité de la concurrence. The discussions proved again that the two competition authorities face very similar challenges. Our shared will to dialogue and exchange helps us developing a common understanding of the competition challenges."

During the conference’s two roundtables, which took place in the House of Europe (Maison de l’Europe), the topics of alliances and mergers in the retail sector in France and Germany were discussed, as well as the analysis of digital markets. The discussions, before an audience of French and German competition practitioners (representatives of ministries, lawyers, in-house lawyers, judges, economists and university professors),  enabled the participants to share their views on the main trends in these sectors.

The main topic of the first roundtable was merger operations and the alliances formed upstream and downstream between actors in France and Germany. Indeed, participants discussed questions relating to the identification of markets in the retail trade sector and more specifically the acknowledgement of evolutions of modes of consumption (click and collect, online retail, etc.). The discussions also focused on how public interests, other than the objective of competition, can be taken into account within merger review.

The second roundtable, which adopted a more forward-looking perspective, focused on digital platforms, as they have changed the existing order over the past few years. The complexity of these innovative business models and of the economic relations, which characterize digital markets, poses numerous challenges both in terms of competition policy and implementation of competition law. It has been remarked that the competition authorities must ensure a strong, fast and fair enforcement of competition law, by developing – when necessary– the competitive analysis tools available to them. The participants discussed among other topics the digital platforms’ characteristics and especially the key factors in the analysis of market power – such as network effects, the importance of innovating orinnovation and the role of data. In this regard, they were able to rely on the study conducted jointly by the two authorities and published in May on data and competition law2.

The day after the conference, representatives from the Autorité de la concurrence and the Bundeskartellamt gathered for an internal meeting aimed at holding informal exchanges of views on common issues. These interactions enabled the French and German authorities to deepen their cooperation and to develop common approaches to execute their missions.