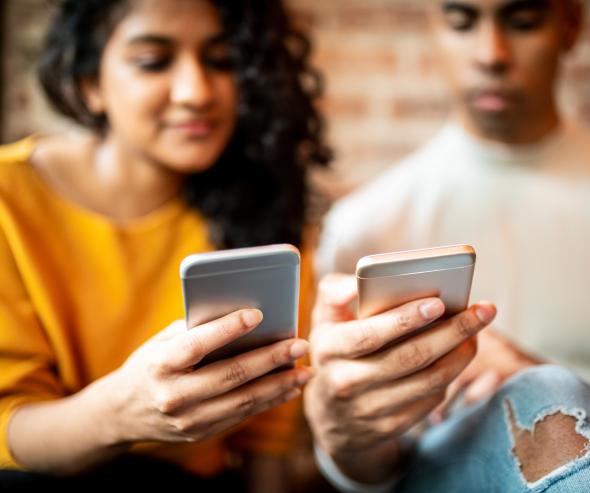 Following a referral in May 2008 by the Minister of Economy, the Conseil de la concurrence issues an opinion in which it analyses the reasons for the poor competitive pressure exerted by MVNOs on the mobile telephony retail market.
The Conseil has observed that, as a result of low competitive rivalry between network operators, most MVNOs only obtained poor hosting conditions for the development of their activity. The Conseil analyses the details of the obstacles and makes proposals in order to find the way towards a genuine competitive momentum, for the benefit of the market and consumers.

On the retail market for mobile telephony, MVNOs have a very weak development compared with other European countries

The Conseil has stressed that less than 5% of mobile telephony subscribers are currently MVNO customers, whereas the market share of operators without network attained 25% in Germany, 15% in the UK and the Netherlands in 2006. The belated entry of virtual operators in France cannot be the only reason to explain this situation.
The Conseil itself requested the opinion of the ARCEP and observed that the share of MVNOs in the turnover generated by mobile telephony offers (2.4%) is even lower since MVNO offers - contrary to the ones of network operators - are concentrated on prepaid cards and short time contracts, for which average sales per subscriber are relatively weak. MVNOs indeed do not exert frontal competition on the core of the three network operators' offer, made of 12 or 24 month contracts enabling unlimited calls towards certain numbers.

In its analysis, the Conseil stressed that particularly restrictive conditions were granted by Orange and SFR in 2004-2005, at the time of the opening of the hosting wholesale market on their network, since Bouygues Telecom had, first, only taken a very minor part in the hosting of MVNOs:

· The hosted operators have no control over the network's elements and are bound to communicate key business information: therefore they cannot compensate for the lack of price aggressiveness by innovations on offered services;

· The combination of exclusivity clauses, often very long -sometimes up to 10 years-, contractsdurations and priority rights granted to the host operator, prevent MVNOs from renegotiating the hosting conditions by the introduction of competition between network operators. Indeed those among them who would like to host a new MVNO on their network have to refer to other MVNOs than those currently present on the market;

· The contracts also contain clauses, which limit possibilities to enhance the virtual operator's business and thus the incentives for players to invest or consolidate in this business.

The Conseil recommends, on the one hand, to strengthen competition on the wholesale hosting market, and on the other hand, to “unlock” the contract constraints which weigh on MVNOs

The simultaneous effect of constraints, which were imposed at the beginning, is currently blocking initiatives, to the detriment of competition and consumers, without letting time spontaneously compensate for the consequences of an initial situation which was very unfavourable to MVNOs.

Under these circumstances, it is essential to create new competition incentives in order to improve the conditions in which MVNOs can be hosted by their host operators. Incentives may derive from:

- the market itself : in this respect, recent MVNO contracts proposed by Bouygues Telecom are very
encouraging, even if the effect of their distribution among other virtual operators might be limited by the implementation of clauses restricting contract review possibilities for the benefit of more traditional players;

- the attribution of a fourth licence : far from being unfavourable to MVNOs, such an option may, on the contrary, create a positive movement, provided here again, the licence be accompanied by an “unlocking” of technical, price and contract conditions, which are proposed to virtual operators in the sense already set out;

- initiatives taken by the regulator or, failing that, by the law maker in the case where the market would fail to create the incentives pursued. The Conseil has indicated the priority order in its opinion so as to list the points which should be treated in order to relax constraints.

Such a legislative process shall not be excluded if one wants to conclude more balanced contracts, notably as regards the technical and price aspects, which enable MVNOs to really stimulate competition on mobile telephony retail market: access to network elements allowing a genuine offer differentiation, price negotiation of untied prices and allowing competition with network operators' retail offers.

As the Conseil was requested to give its opinion, the authority cannot reach a decision - as it could have in the case of a litigation referral- on the competitive analysis of contracts between MVNOs and their host operator. However the first conclusions are useful to recommend:

- a significant reduction in contracts duration and exclusivity clauses;
- the supervision or even the removal of pre-emption and preference clauses concerning the sale of MVNOs' assets.

(1) MVNOs (mobile virtual network operators) have been present on the mobile telephony market since 2004-2005. These operators have not purchased any licence allowing them to use frequency bands in order to develop a mobile telephony network. However they may create mobile telephony offers designed for the retail market by purchasing the services necessary for one of the three operators referred to as a “network operator”, which has such a licence (Orange, SFR or Bouygues Telecom). They sell their brand and manage their subscriptions.