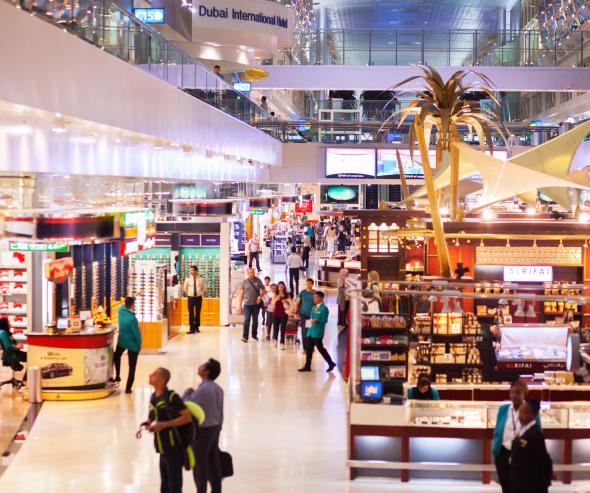 A transaction referred by the European Commission

On 21 August 2018, the European Commission referred to the Autorité de la concurrence the review of the creation of a joint undertaking by Global Blue and Planet Payment, considering among other reasons that the transaction mostly produced its effects in France and that the French authority was therefore best-placed to assess the competition impact. Named “Cash Paris Tax Refund”, this company offers VAT refund services to international travellers in Paris-Charles de Gaulle and Orly airports.

The assessed transaction is part of a competitive tender organized by the ADP group (Paris Aéroport) for the operation of sales outlets dedicated to VAT refund services (tax refund) within  Paris-Orly and Paris-Roissy airports. The parties committed to ADP to create, if they won the call for tender, a joint undertaking in charge of the activity comprised in the call for tender and which would be distinct from the parties. It is this final offer presented by Global Blue and Planet Payment (or « parent companies ») which was selected.

The markets concerned by the transaction

« Tax-free » shopping designates a sale which benefits from a VAT exemption on the price of the goods bought by non-EU residents temporarily present within its territory (tourists in airports especially). A retailer can choose to offer to eligible tourists the possibility of requesting a VAT refund on their shopping.

The retailer, from which the purchase is made, can itself provide the refund service (all of the administrative procedures consisting in issuing a form and proceed to the effective reimbursement subject to the agreement of the customs’ validation). It can also entrust the management of the procedure to a specialized operator (« refund operator ») which takes care of the procedures (from issuing a refund form up to the effective reimbursement of the VAT to the traveller.)

Whichever the path chosen, the sale only becomes fully tax-exempted after the stamping of the refund form by the customs officers when the form holder leaves the EU.

While Cash Paris Tax Refund will be active in TVA refund services in agencies located in the Parisian airports, its parent-companies will each be present upstream in TVA refund services. In practice, the joint undertaking will operate at the end of the refund process and will act as a « desk » carrying out the VAT refund procedure for tourists. Its clients will be its parent companies and their competitors, which generally externalize this last step of the refund process. The investigation concluded that ADP would exert controlling and auditing powers guaranteeing to Cash Paris Tax Refund parent companies’ competitors fair and non-discriminatory access to the services provided by the joint undertaking.

Without conditions, the transaction would have been liable to harm competition in the VAT refund services markets

The establishment of Cash Paris Tax Refund could have enabled Cash Paris Tax Refund’s parent-companies to coordinate their behaviours in the upstream markets of TVA refund services in France. Global Blue and Planet Payment are indeed the two main services operators in France and the setting up of this common undertaking, which will access information on their competitors, could enable the sharing of a common knowledge of market function and structure and thus stifle or even eliminate any competition between them

The commitment taken to erect a « Chinese wall » between the common undertaking and the parent companies will bar the latter from access to strategic information on their competitors.

Parties committed to establishing a strict partition of information that will be accessible via the joint undertaking.

The implementation of these measures will be the subject of a report by an independent agent approved by the Autorité on a proposal from the parties.

The Autorité de la concurrence considered that the « Chinese wall » proposed would limit the joint undertaking’s general operation to its main activity, without enabling access to strategic information on competitors by the parent-companies.

The Autorité thus cleared the transaction with conditions.