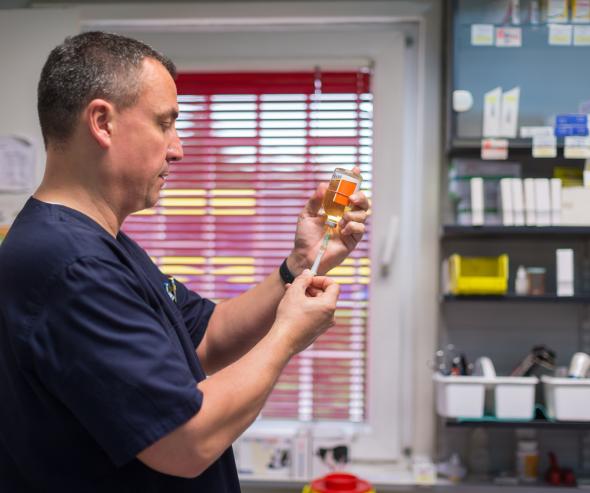 The Autorité de la concurrence, which began proceedings ex officio on the basis of an investigative report by the Directorate General for Competition Policy, Consumer Affairs and Fraud Control (DGCCRF), fines Alcyon France and Alcyon, Coveto, Centravet, Hippocampe Caen, Agripharm and Chrysalide, Coveto Limoges, Véto Santé, Elvetis and Neftys Pharma and the Federation for the distribution of veterinary medicinal products (Fédération de la Distribution du Médicament Vétérinaire, FDMV) for taking part in several cartels in the distribution of veterinary medicinal products in breach of Article L. 420-1 of the French Commercial Code (code de commerce) and the first paragraph of Article 101 of the Treaty on the Functioning of the European Union.

The companies in question did not contest the facts and benefited from a reduction in the fine as part of a settlement procedure.

France is one of the main livestock producing countries in the European Union and has the largest pet population in Europe. It is the leading market in Europe for veterinary medicinal products.

The veterinary medicinal product sector in France is organised into three distinct levels (see chart below): 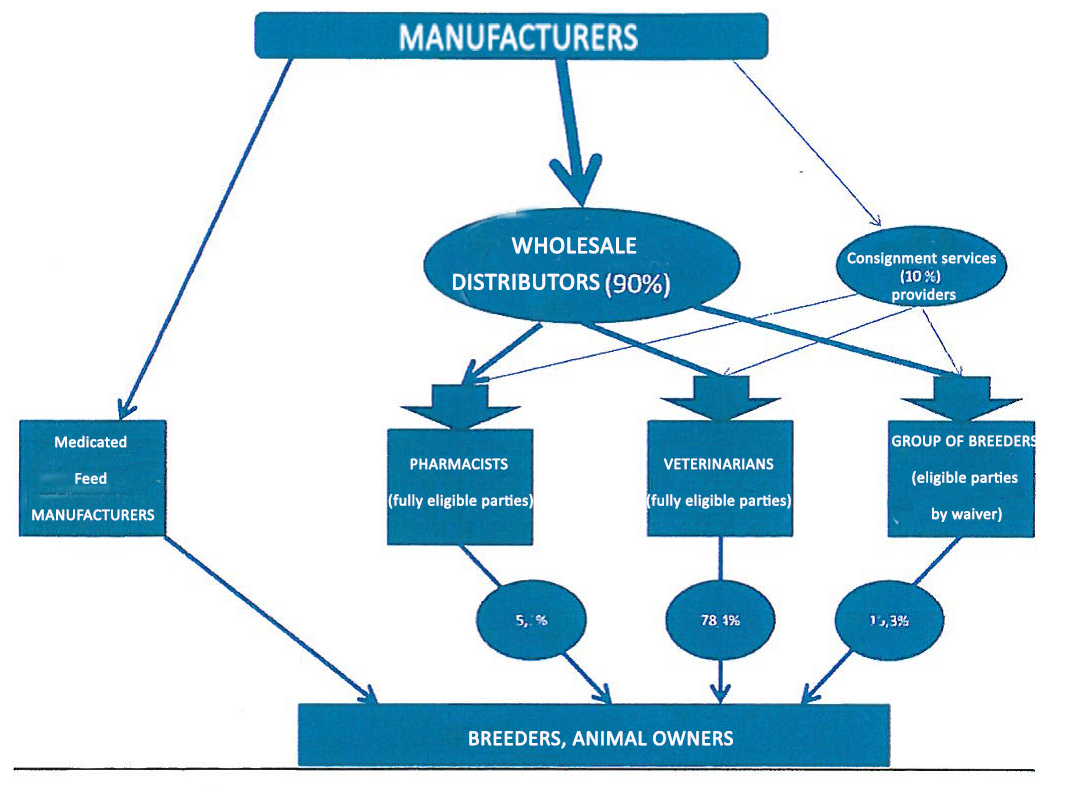 By not soliciting their respective customers for nearly three years (from January 2007 to the end of 2009) for the first agreement and two months for the second (from 21 October 2009 to 2 December 2009), these companies limited their commercial independence and restricted competition on the markets concerned. Such market sharing agreements are, by their very nature, serious breaches of competition law.

Furthermore, all distributors and their professional association, FDMV, agreed to profit from the health emergency caused by the rapid spread of bluetongue between 2007 and 2010.

In 2007 and 2008, France was confronted with a bluetongue epidemic. In parallel with the application of health measures, three compulsory vaccination campaigns were ordered in France from spring 2008 to autumn 2010 by the Director General for Food (DGAL) at the French Ministry of Agriculture and Fisheries.

Taking advantage of the health crisis, all wholesale distributors and the FDMV:

>> agreed on the level of costs they would respectively present to the government in order to maximise the amount of compensation they would receive for the logistical services provided to ensure the distribution of vaccines during the three vaccination campaigns,

In addition to its gravity, this strategy in particular enabled the companies in question to make substantial illegal profits. Indeed, according to the distributors’ own declarations, the level of reimbursement of logistics costs of 4 euro cents obtained from the government was much higher than the actual costs incurred for the service, which was between 1 and 2.5 euro cents.

Some messages exchanged between distributors during the bluetongue epidemic show that they were fully aware of the difference between the price claimed and the cost incurred, as seen in the following example:

I’m at Coveto today if you want to contact me. For fun, did you happen to multiply 49 million and €0.04 and €0.01 to see if it covered our costs (and the container of champagne LOL!)? I’m also asking if we should contact the labs for the amendment or if they should contact us.

Moreover, several documents in the files testify to the full knowledge that these distributors had of the illicit nature of their behaviour, as this excerpt from a report seized during dawn raids shows:

In determining the amount of the penalties, the Autorité took into account the particular seriousness of the breach committed with the backing of FDMV during the bluetongue health crisis. Indeed, it appears that wholesale distributors profited from the health emergency linked to the rapid spread of the disease and the absence of a call for tenders to knowingly mislead the public purchaser as to the real logistical costs of delivering the vaccines borne by each of them and thus compromise the proper use of public funds.

The Autorité finds that the FDMV played a pivotal role in the development and organisation of the breach of law in the context of the health crisis stemming from the spread of bluetongue. Indeed, during the first vaccination campaign, it participated in the development and distribution to wholesale distributors of the calculation method used to overestimate their costs in order to obtain a higher amount of compensation from the government. During the following two campaigns, the FDMV used all its influence to convince distributors not to concede to a reduction in the amount of compensation for costs claimed from the government compared to that obtained during the first campaign.

The entities concerned have all requested to benefit from the settlement procedure. Consequently, the Autorité has handed down the following fines: