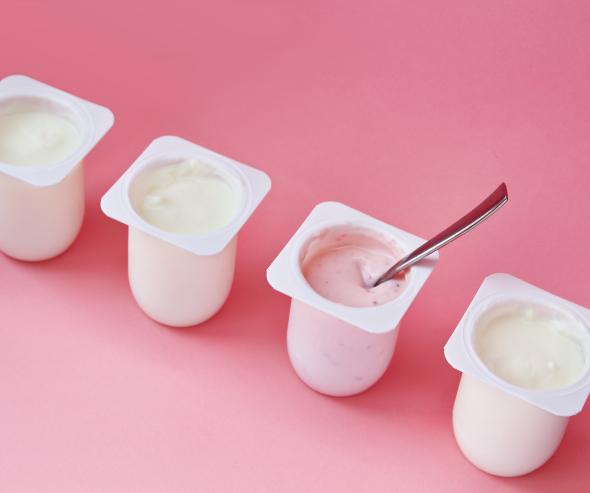 The Autorité de la concurrence fines the company Société Nouvelle des Yaourts de Littée (SNYL) a total of 1.6 million euros
for disparagement of the dairy products of one of
its competitors, Laiterie de Saint-Malo.

The Autorité de la concurrence issues today a decision whereby it imposes a fine on the leading fresh dairy-product company, SNYL, as well as its parent companies Socrema and Antilles Glaces, for abuse of its dominant position.

Between December 2007 and December 2009, SNYL disseminated statements bringing discredit on the sanitary quality of Malo products, in particular using questionable results of bacteriological analyses and claiming irregularities in the use-by dates displayed on the products.

Referral to the Autorité

The Autorité opened ex officio proceedings and investigated the practices implemented by SNYL in Guadeloupe and Martinique following information passed on by the French Directorate General for Competition, Consumer Affairs and Fraud Control (DGCCRF).

SNYL is a Martinique company that in particular produces yoghurts, milk-based desserts and crèmes fraîches sold under the Caresse antillaise brand name or on behalf of the Yoplait brand. SNYL is the leader on the French West Indian market, with around 65% market share.
Some of the manufacturers of dairy products sold in the French West Indies are local producers, such as the Société Antillaise de Production de Yaourts (SAPY) and the Société Guadeloupéenne de Production de Yaourts (SGPY) (Danone brand). Other manufacturers such as La Laiterie de Saint Malo or Yaourt Savoie export their products from mainland France.

SNYL had bacteriological tests carried out on Malo yoghurts and fromage frais, which concluded that they were not fresh. However these tests applied the criteria relating to yoghurts to fromages blancs – while the regulations establish different analysis criteria for the two types of products – which led to the conclusion that the products did not comply with the regulations.

SNYL has likewise called into question the practice of the double use-by date (referred to as “DLC” in French) applied by Laiterie de Saint-Malo to its dairy products. Until 20131, there was no regulation prohibiting manufacturers from offering two DLC dates, depending on the intended destination of the products sold (mainland France or overseas territories). Even though this practice was used by other suppliers, only Laiterie de Saint-Malo was targeted by SNYL.

In order to reach a maximum number of distributors, SNYL disseminated its statements to the sector’s trade association– obtaining Laiterie de Saint-Malo’s exclusion – and directly to distributors.

The delisting of Saint Malo products at several points of sale

The information disseminated by SNYL had even greater resonance given that food-safety matters are of an extremely sensitive nature. Professionals are bound by a performance obligation and certain distributors were sensitive to the rumours and insinuations made in relation to Malo products. To be on the safe side, they decided to delist them in order to protect consumer health, and by extension, their own image.

Thus the 3H group (Hoio) for 16 months – from 2008 to 2009 – suspended sales of the full Malo range (yoghurts and fromage frais) from its shops in Martinique. This concerned the two hypermarkets Géant Batelière in Schœlcher and Géant Océanis in Le Robert and five Casino supermarkets (François, Lorrain, Ducos, Lamentin and Fort de France).

In December 2009 the Bernard Hayot Group (GBH) likewise withdrew Malo fromage frais from sale in three Carrefour stores located in Ducos and Dillon in Martinique and Destrellan in Guadeloupe.

Laiterie de Saint-Malo sales were therefore limited and customers at these outlets deprived of a wider choice.

The dissemination of misleading and disparaging statements by a dominant operator to the detriment of one of its competitors is a serious practice under competition regulations.

The Autorité de la concurrence therefore imposed a fine of 1,670,000 euros on SNYL and its parent companies Socrema and Antilles Glaces.
In calculating this amount, the Autorité took into account the duration of the offence (December 2007/December 2009), the serious nature of the practice and the significance of the damage done to the economy.

> For more details on this case, consult the full text of decision 14-D-08 of 24 July 2014 regarding practices implemented in the sector for the sale of fresh dairy products in the French West Indies