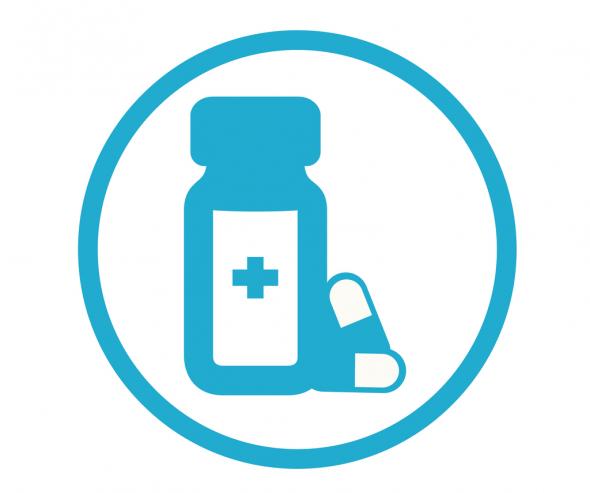 The Autorité de la concurrence imposes a fine of 25 million euros on Janssen-Cilag laboratory and its parent company Johnson & Johnson
for having first prevented then restricted the development of generic versions of Durogesic,
its originator medicinal product.

1.LEGALLY UNJUSTIFIED APPROACH BY JANSSEN-CILAG TO THE FRENCH HEALTH AUTHORITY

• Repeated unjustified approaches by Janssen Cilag to the AFSSAPS

During the procedure to issue marketing authorisation to generic versions of the Durogesic, Janssen-Cilag wrote, on multiple occasions, to the AFSSAPS, and requested the organisation of a meeting with it. During these exchanges, the laboratory called the decision of the European Commission into question and suggesting that the AFSSAPS was able to make a different decision from the one made at the European level, whereas the Commission’s decision was in fact legally imposed on the French agency.

In order to  convince the AFSSAPS, the laboratory questioned the quality of the generic medicinal products in competition with Durogesic, in particular questioning the bioequivalence, despite it having been established, and the existence of differences in the qualitative and quantitative composition of the active ingredient, fentanyl.

It proposed in a letter that Durogesic and its generic counterparts were not “exactly similar”.

In an account sent to the AFSSAPS, Janssen-Cilag even went as far as questioning the whole class of generic medicinal products by indicating that “the system in place does not offer all the necessary safety provisions” and that reasons of cost led the laboratories to “look for sources of supply outside the European Union, involving countries that do not always offer the required guarantees of quality (e.g. Asia)”

It also put forward risks for public health that this substitution could cause in some patients: ineffectiveness or adverse effects triggering an increase in pain.

Janssen Cilag proposed that the substitution could generate “ineffectiveness or unexpected adverse effects among some types of patients (elderly or frail)”, (...) “Any substitution used for children could cause similar or even worse problems"

•  An extremely long marketing authorisation for the generic medicinal products

The AFSSAPS, being aware of the alarmist arguments presented by Janssen-Cilag, and having responsibility for guaranteeing health safety, initially refused to recognise the generic status of the medicinal products in competition with Durogesic even though it had no margin for manoeuvre to ask as such, in view of the Decision by the European Commission.

The objective that Janssen-Cilag had set in 2005 at an internal meeting of a group called “Team ANTI-Génériques Durogesic®”, was achieved. It was only at the end of 2008, more than a year after the Commission decision, that the AFSSAPS granted generic status to the competing medicinal products from the Durogesic, with a warning attached to this authorisation, recommending careful medical monitoring of certain patients (those with fever, elderly patients and children) in the event of changing between fentanyl-based medicinal products.

After the marketing authorisation for the transdermal fentanyl, Janssen-Cilag used various means to deliver a message extensively to hospital and office-based doctors and pharmacists, denigrating the competing medicinal products from the Durogesic,  presenting them as generics that are not like the others.

This message emphasised the differences in the quantity of the active ingredient contained, between the various patches, as well as their size difference.

The originator laboratory recommended that its medical sales representatives should emphasise that the generic patches “do not have the same composition, nor the same quantity of fentanyl nor the same size as the Durogesic® patch”.

Janssen-Cilag thus suggested that the procedure for granting the marketing authorisation to generic medicinal products would not be sufficiently protective of the health and safety of patients, by insisting in particular on the ligntened nature of the files provided as they were containing only the bioequivalence studies.

To convey this message, 300 medical sales representatives, designated as “commandos” were trained. A medical newsletter was distributed extensively to all doctors, and office- and hospital-based pharmacists by post, e-mail, fax and in the specialist press. Distance training and telephone calls from doctors to dispensing pharmacists were added to the strategy.

The implementation of the above actions has been confirmed by many testimonies:

During the investigation, the following statement was taken from one pharmacy, located in Paris: “when the generic came out, the laboratory called us to advise us to continue with Durogesic® for treatments that had already been started using this product (and not to change over to the generic) (…) The laboratory producing Durogesic® also offered us training at the time of release of the generics like Durogesic®. This training covered the product, how it was to be dispensed, etc."

The pharmacy in a shopping centre in Lyon stated: “We received the visit from Janssen-Cilag at the time of release of the generic. The person who came (…) advised us not to dispense the generic. "

The head pharmacist at the Roanne medical centre stated that the medical sales representatives from Janssen-Cilag informed him during one visit of “the arrival of competitor products (Nycomed, Ratiopharm) that were “not generic” and therefore “unable to be used as a substitute”.

• Misuse of the AFSSAPS warning

The laboratory distorted the content of the warning issued by the AFSSAPS by providing an inaccurate and incomplete presentation of the risks associated with substitution, thus conveying an alarmist message to the healthcare professionals. The AFSSAPS also sent a letter to Janssen-Cilag, in order to correct the inaccuracies in the letter sent to the pharmacists because certain phrases “did not accurately reflect the content of the position held by the AFSSAPS”.

In addition, the warning listed specific risks of changing treatment for certain categories of patients (patients with fever, elderly patients and children), whilst stating that these risks could be eliminated by medical monitoring. Yet the laboratory did not specify the categories of patients nor did it state that monitoring could be implemented. On the contrary, it suggested that any change of fentanyl patch during treatment could entail a particular risk, and was therefore to be avoided.

“Please do not change from one patch to another during treatment”, as “a patient who has started treatment with Durogesic® should preferably continue to use Durogesic®” or even “ensure that there is no change in the brand of fentanyl patch during treatment”

Screensavers installed on doctors’ computers also mentioned a “special” warning, showing the text of the warning surrounded by some triangular signs indicating the presence of a danger.

Lastly, Janssen-Cilag emphasised the allegedly exceptional nature of the warning applied by the AFSSAPS, whereas this option had only been introduced into the public health code a short time beforehand.
These statements generated an extensive response among healthcare professionals. The result was that doctors and pharmacists were reluctant to dispense the generic medicinal products, for fear that it would engage their liability:

A cancer specialist in practice in Lille pointed out: “The sales representative warned me of the risk for patients (…) the message from these representatives was very forceful. They applied pressure to get their message over. This message was attempting to make me feel guilty, for example suggesting that the patients that I might prescribe the generic for would be overwhelmed by pain” (refs 38720 and 38721).

A pharmacy, in Lyon, stated: “We had received a message about the lower effectiveness of the generic [of Durogesic®] and were not inclined to change. All the more so because the prescriptions showed the note “non substitutable’’

This misleading presentation sparked serious concerns among healthcare professionals, generating an even more extensive, response as there is still a certain reluctance from them towards generic medicinal products, which can be possibly explained by the lack of awareness regarding the marketing authorisation procedure, by a poor assessment of the regulatory framework on substitution and by their desire to guard against the risks that could engage their civil or legal liability.

Grave practices, on a large scale, which have taken a toll on corporate accounts

The practices applied by Janssen-Cilag are grave. They delayed the arrival to the market of generic medicinal products and restricted their growth.

With its repeated interventions to the AFSSAPS, Janssen-Cilag managed to delay the marketing authorisation procedure for the competing medicinal products from the Durogesic by several months, as well as the recognition of their status of generic medicinal products. The originator laboratory could thus unduly benefit from its longer monopoly situation in the concerned markets.

The smear campaign implemented by the office- and hospital-based healthcare professionals was vast, as shown by the target audiences affected:

- 12,800 pharmacies were affected by the peer-to-peer discussions, in other words just over half of French pharmacies.

- 83 % of pharmacists asked by Janssen-Cilag, as part of a study evaluating the effects of its campaign, had memorised “the risks associated with changing between fentanyl-based medicinal products”;

This smear campaign, implemented between 2008 and 2009, contributed to the low penetration rate of the generic medicinal products from the Durogesic, by amplifying the effects of the warning adopted by the AFSSAPS, participating in the decision of the public authorities to impose, in January 2011, a a flat-rate liability price3  after observing that the substitution targets had not been achieved. Janssen-Cilag itself had not anticipated such a low substitution rate as that seen.
Consequently, the Autorité has imposed a fine of 25 million euros against Janssen Cilag and its parent company Johnson & Johnson.

1 Ratiopharm had also requested the ordering of interim measures. The Autorité refused this request, considering that the necessary conditions had not been met, but had decided to pursue an investigation into the merits of the case. In 2015, Teva withdrew their request.
2 The AFSSAPS has since become ANSM (national agency for safety of medicines and health products).
3 The flat-rate liability price is used to impose a single nominal sum for reimbursement for originator and generic medicinal products alike, freeing the dispensing pharmacist from his obligation to replace the originator medicinal product with the generic version