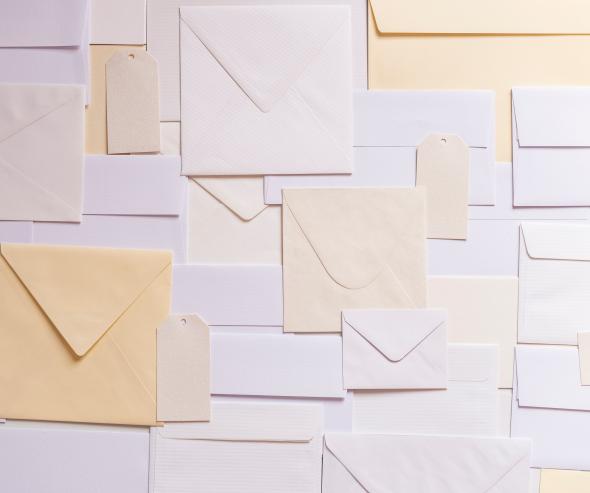 In 1998 and then in 2000, the Syndicat national des entreprises de logistique de publicité directe (SNELPD, the National Association of Direct Advertising Logistics Companies) handed down referrals to the Conseil de la concurrence. In 2002,the Conseil began proceedings ex officio. It has now issued a decision establishing that the La Poste group abused its dominant position, by failing to uphold the principle of non-discrimination when applying its prices, to the benefit of certain mail senders and its own subsidiary Datapost, thereby distorting competition.

By discriminatorily charging certain customers bulk prices usually reserved for those sending large volumes of mail (its TG and TS rates), La Poste distorted competition between mail consolidators, since they were no longer able to obtain the same conditions from one zone to the next.

The investigation revealed that La Poste did not offer its TG and TS rates uniformly in all parts of France. Numerous instances of discrimination were observed in the way these prices were offered to customers. They involved La Poste granting discounts on franking to certain mail senders, despite these customers failing to meet the conditions officially required in order to benefit from the preferential rates, namely that their mail should be pre-sorted and sent in minimal quantities (access thresholds).

Some consolidators were actually evicted from the local market as a result of these discriminatory price practices. For example, this was the case of the company Oberthur, which lost the contract it had previously held with the organisation GIE SESAME, for distributing social security entitlement cards (cartes Vitale), even though it was one of four companies selected at the initial call for tender:

Whilst completing its previous contract with GIE SESAME, Oberthur had been strictly required by the sorting office in Dijon to meet all the necessary conditions in order to qualify for "Ecoplis en nombre" rates, for bulk mail. Yet at the same time, other sorting offices (Tours, Mulhouse, Lyons and Cergy) were acting in a discriminatory fashion, by wrongly charging Oberthur's competitors at more attractive prices. As a result of the advantage held by those competitors (who paid the "Ecoplis en nombre" bulk prices without needing to meet the necessary threshold conditions), GIE Sésame decided not to renew Oberthur's contract for the distribution of social security entitlement cards (cartes Vitale).

In some cases, La Poste itself or its subsidiary Datapost profited from the discriminatory price practices

By granting certain customers prices to which they should not have had access, La Poste drew them away from the mail consolidators. This was the case in the Aisne département, where some consolidators found themselves competing directly with La Poste for contracts to carry out direct marketing operations for Volkswagen (VAG) or card deck marketing operations for the company Maulde et Renou (printers):

La Poste's management in the Aisne département reached special dispensatory agreements with the two companies, given the high volume of turnover it realised with each of them.
For these customers, sorting was almost never invoiced, even though it should have been, since they were both charged at La Poste's special TS3 rate.
These unwarranted advantages granted by La Poste had the effect of making the conditions offered by competing consolidators appear less attractive to potential customers. Competitors wishing to provide VAG or Maulde et Renou with the same services were unable to obtain the same prices as those offered by La Poste directly to its customers.

In addition, the case file shows that, between 1995 and 1999, Datapost (a subsidiary of La Poste specialising in mail consolidation) was granted an exclusive discount by its parent company, without being required to provide any guarantees regarding mail volumes. This discrimination gave Datapost a clear competitive advantage over competing mail consolidators. In particular, the subsidiary was able to win contracts with Edf-Gdf (French electricity and gas supply company) for the Nice Côte d'Azur and Gard-Cévennes regions.

Mail consolidation is dependent on La Poste, since the company's monopoly on the basic postal service means it transports and distributes all mail. As a company holding a monopoly on the basic postal service and an operator that regulates access to this service unilaterally, La Poste has a special obligation to act with prudence and vigilance and to scrupulously respect prices. This is particularly true, since the company is in a position to abuse its dominant position on the adjacent market for mail consolidation, in which it is also present, either directly or via its subsidiaries.

Whilst La Poste has been guilty of acting negligently, reacting too slowly and ineffectively to the local practices, of which it was aware, the investigation did not however establish that there was a deliberate and global strategy to evict consolidators from the market, to the advantage of La Poste and its subsidiary Datapost. Several items of correspondence substantiate the fact that La Poste did not seek to encourage this system and did, on several occasions, actually make clear its wish that they should not continue.

Consequently, the fine imposed was limited to one million Euros.

The Conseil also dismissed the other objections that had been stated to the La Poste group.