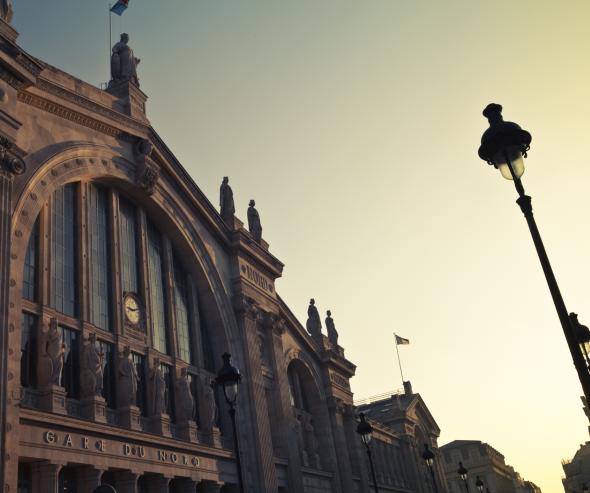 On 18th November 2004, the Conseil de la concurrence received a complaint from British Airways, regarding an anticompetitive agreement and abuse of a dominant position by Eurostar Group Ltd, the SNCF and France Rail Publicité. The offences in question were alleged to have taken place in the market for the transport of passengers between Paris and London, and also the market for advertising displays. The Conseil de la concurrence takes the view that interim measures are not justified in this case, and has partially rejected the referral on the merits.

Concerning Eurostar's pricing practices, the Conseil decides to reject the request for interim measures but continue with the investigation on the merits

British Airways claims that Eurostar, which it considers to occupy a dominant position in the market for the transport of passengers between Paris and London, is practising predatory pricing in an effort to evict BA from the market. It also believes that Eurostar is able to practise these prices due thanks to the subsidies it receives from the SNCF, which itself holds a monopoly on the French rail network. In BA's opinion, these subsidies are having a sustained negative impact on competition on the Paris-London route.

As an interim measure, the company asked the Conseil to issue an injunction, ordering Eurostar and the SNCF to suspend their advertising campaigns for Eurostar price offers and existing promotional offers.

The Conseil accepts there are no grounds for ruling out the possibility that Eurostar may be in a dominant position in the market for carrying passengers between Paris and London, where air and rail are substitutable means of transport for both business and pleasure travellers.

It takes the view that, at this stage of the investigation, it has not been shown that the prices practised by EGL are predatory. Only a full investigation on the merits could provide an answer to the questions remaining about the fixed or variable nature of certain costs and the relationship between the capacities in place and the profitability of Eurostar.

At any rate, the practices do not appear to be sufficiently blatant to constitute the direct and certain cause of any damage to the economy in general, that of the sector concerned, consumer interests or the complainant company. Consequently, interim measures are not justified.

The Conseil therefore rejects interim measures, but will continue with a full investigation on the merits in order to assess the potentially predatory nature of the prices practised by Eurostar.

Concerning the refusal to grant advertising displays on the rail network, the Conseil rejects the complaint

British Airways claims that on two occasions, France Rail Publicité refused to display its advertising campaign media at the Gare du Nord railway station. It believes that this attitude constitutes both abuse of a dominant position in the market for the supply of advertising displays on the public rail network, and an anticompetitive agreement between France Rail Publicité and the SNCF.

British Airways claims that the advertising spaces on the rail network are distinct from other outside advertising display methods and forms a pertinent market, in which France Rail Publicité is the only supplier. In addition, it notes that its core business is to be found at the Gare du Nord station, since 65% of passengers travelling between Paris and London use Eurostar. France Rail Publicité's refusal forced BA to implement other targeted, but more costly, advertising solutions for this clientele.

The Conseil's analysis: request for interim measures and referral on the merits rejected

In accordance with its case law as regards markets delimitation in the field of advertising, the Conseil believes it is not necessary to distinguish advertising displays on the public rail network from other types of outside display media. In this wider market, France Rail Publicité does not occupy a dominant position. In 2003, it held less than 5% of the market for outside displays, and its railway station business represented approximately 2.5% of that market.

The fact that, according to the point of view of the advertiser, displays located in railway stations can prove less costly for a given advertising campaign, as may have been true of the British Airways campaign at the Gare du Nord. However, this observation does not justify delimiting a separate market for this media type alone.

In response to British Airways' complaint regarding the alleged anticompetitive agreement, the Conseil believes that an agreement between the SNCF and France Rail Publicité to refuse BA advertising displays, supposing there was one, would not have an anticompetitive purpose but would be intended only to protect the legitimate interests of the SNCF. Moreover, France Rail Publicité holds such a limited share of the market for outside advertising displays, that any refusal on its part to supply a potential advertiser, even if it were agreed with the SNCF, would not have any anticompetitive effect on the market concerned. The fact that agreements between companies with very limited market shares have no effects, even potentially, on a market, has in fact been recognised by both EC law and national law (in the European Commission's de minimis communication, and the Ordinance of 25th March 2004, which was incorporated into the code of commercial law (code de commerce).

The aspect of the complaint concerning the refusal to supply advertising displays was rejected on the grounds of insufficient evidence. Consequently, the accompanying request for interim measures was also rejected.