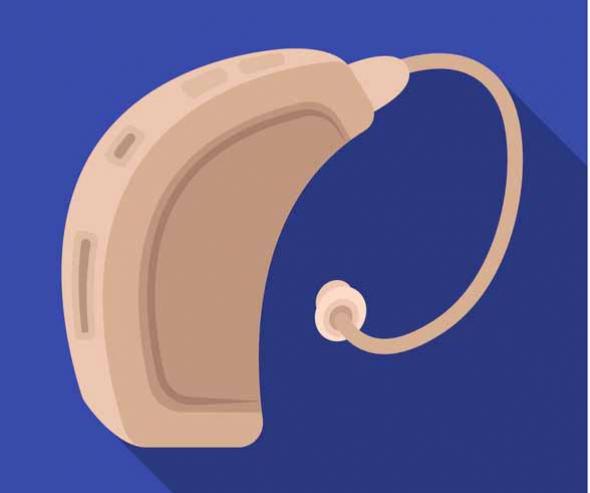 The Autorité recommends separating the initial purchase of the hearing aid
(including immediate fitting and setting during the first year) from the purchase of subsequent follow-up services.

It also proposes removing the numerus clausus that limits the number of students
graduating as hearing aid specialists each year,
or failing that, raising the limit to expand access to care.

The aim of these measures is to enable more patients to be fitted with hearing aids
by stimulating competition and without affecting the quality of care.

The hearing aid ownership rate is a public health concern

Hearing aids in France are expensive, costing around €1,500 per ear. The French national health provider (Assurance maladie) contributes €120 towards the cost of each hearing aid, and additional insurance providers reimburse €400 on average, leaving a residual cost to the patient of approximately €1,000 per ear (66% of the price including VAT). This corresponds to a total patient outlay of €2,000 when both ears are fitted (binaural hearing aids). In comparison, French patients are far less well reimbursed by the national health provider than their counterparts in neighbouring countries such as Germany (€785), Belgium (€666) or Italy (€600).

Faced with the high cost, many French people make do without hearing aids. Half of the six million French citizens suffering from hearing loss would benefit from hearing aids. However, only slightly under two million of these three million suitable patients were estimated to have hearing aids in 2015. In this respect, France lags behind countries such as the United Kingdom and Denmark: the ownership rate in the hearing-impaired population is only 34% in France, compared with 41% and 48%, respectively.

The fact that a million patients lack hearing aids is a public health issue. Hearing loss frequently leads to gradual isolation (reduced communication and social interaction), increases the risk of depression, cognitive decline (including Alzheimer’s and memory loss) and falls.

The need to redress the current ownership deficit is underscored by the fact that the cost of untreated hearing loss far exceeds the cost of fitting patients with hearing aids. According to a French study1, improving the hearing aid ownership rate in France would avoid more than €2 billion in public expenditure.

A dynamic market poised for growth driven by population ageing

The hearing aid industry is dynamic and worth approximately €1 billion. The market for hearing aids has been growing strongly for around 20 years, and is currently being stimulated by new entrants (especially optical retailers) and care networks. The average annual market growth rate of 6% is being driven by an increasing, and ageing population; hearing loss being often age-related. This trend is set to intensify in the coming years: the share of over-65s in the population increased by 23% between 2000 and 2014 and this category will account for nearly a quarter of the total population by 2030.

The Autorité studied the complete hearing aid distribution channel, from manufacture to sale of the devices and related services. This examination revealed certain anomalies in the downstream part of the channel.

Although providing patients with a standardised quotation itemising the price of the device and those of the related services is a legal requirement, in practice, patients are billed for a package that encompasses the hearing aid together with all related services, in accordance with the reimbursement practices of the national health insurance system. As a result, at the time of purchase, the patient pays not only for the hearing aid but also for the various follow-up services and efficacy checks to be performed by the hearing aid specialist over the device’s lifetime (5-6 years, on average).

There are several drawbacks to this system based on a  paired service package:

- In paying up-front for follow-up care, patients pay for services that may never be provided, if the centre closes or the patient moves to a different area.
- The pairing makes it harder to compare prices between hearing aid specialists, and in particular the “services” component, in some cases resulting in  artificially-itemised device and service costs. In this respect, the price survey conducted by the Autorité revealed that the share accounted for by the hearing aid varied significantly between suppliers (ranging from  46.6% to 75.2% of the sale price inc. VAT).

- Furthermore, the package price is calculated based on an estimate of the average time that the hearing aid specialist will devote to their patients, whereas in reality, each patient has specific needs. Ultimately, the “ mutualisation ” of costs  results in 35-40% of patients paying more than they should, as they do not consume all invoiced follow-up services.

-  Lastly, the pairing forces patients to select a single supplier to provide both the hearing aid and the follow-up services, even if they are unsatisfied.

The principle of setting a quota for hearing aid specialist graduates (equivalent to the numerus clausus for graduate doctors) may be justified to prevent overconsumption of services, leading to inflated health care expenditure that must subsequently be reimbursed by national insurance organisations. However, in this case, the justification for a quota is debatable, due in particular to the high residual cost for patients, which is a strong disincentive to “overconsumption”.

Nevertheless, in 2015, the public authorities introduced a quota of 199 hearing aid specialist students for the 2015/2016 academic year (and 200 for 2016/2017). Regulating supply in this way raises a number of issues. Restricting access to the profession is causing some of the more dynamic market participants to experience difficulties in recruiting new staff, hampering their growth. In addition, the current population of qualified hearing aid specialists is having trouble keeping pace with the sector’s growth, as the growth in sales is outstripping the increase in personnel.

> For more information, refer to the full text of Opinion 16-A-24 of 14 December 2016 regarding the functioning of competition in the sector of hearing aids