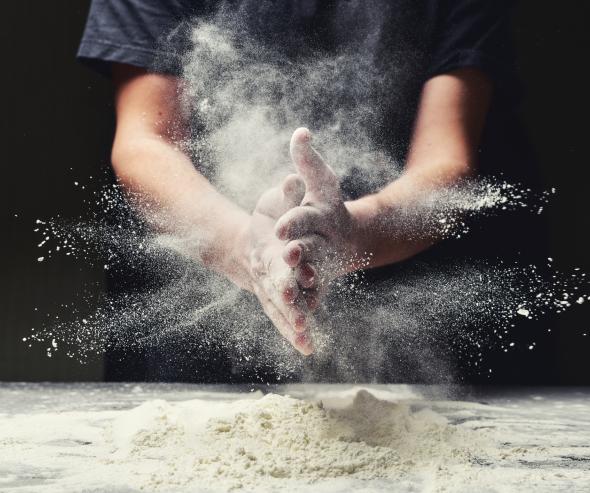 The Autorité de la concurrence fines a Franco-German cartel a total of € 95.5 million.

It also fines French millers for two anticompetitive agreements on a national scale a total of € 146.9 million.

On the one hand, a cartel of German and French millers was aimed at limiting imports of flour between France and Germany, and on the other, two anticompetitive agreements of French millers were aimed at fixing prices, limiting output and sharing out the customer base for packaged flour marketed to French supermarkets and hypermarkets on the one hand and to hard-discount retailers on the other.

In April 2008, following an application for leniency submitted by a German miller (Wilh. Werhahn GmbH & Co. KG and its subsidiaries), the erstwhile Conseil de la concurrence (transformed into the Autorité de la concurrence in March 2009) opened an ex officio investigation into the flour milling sector. The leniency procedure enables a company which hands over inside evidence of anticompetitive practices it may have been party to, to be granted, under certain conditions, full or partial immunity from fines, depending in particular on the order of arrival of its application.

Unannounced inspections conducted in France and in Germany (through the German competition authority, the Budeskartellamt) gathered many pieces of evidence of these anticompetitive agreements. These raids were followed by an in-depth investigation.
In January 2010, the Autorité decided to conduct a separate investigation into practices implemented in the craft bakery sector. These practices are currently being investigated and will be the subject of another decision in due course.

The cartel agreement among German and French millers: a ‘non-compete agreement’

The evidence ascertained that French and German millers concluded a ‘non-compete agreement’ aimed at limiting their respective access to each other’s markets and at maintaining French and German exports of packaged flour at a predetermined level (15,000 tons).

They met several times (at twelve meetings) to work out the details of their agreement. Moreover, on a case–by-case basis, they allocated certain customers based in France to each other, and agreed on principles for smoothing the prices of packaged flour imported from Germany in order to meet the agreed quota.

Infringements of competition law have been proven over a 6-year period (from 2002 to 2008). The following financial penalties have been imposed on cartel members:

Werhahn – 2nd largest milling group in Germany – has been granted full immunity from fines under the leniency programme. It was liable for a fine of €16.66 million. France Farine and Bach Mühle played a leading role in the cartel: their fines have been increased by 10%. On the contrary, Bindewald, which had a ‘maverick’ conduct, benefited from a 10% reduction in the fine.

A cartel is one the most serious infringements of competition law, as it deprives consumers of the benefits of a robust marketplace. Flour is a commodity used in the preparation of many home-prepared dishes, which makes it an indispensable consumer product. The harm the cartel has caused to consumers is all the greater because of the relatively low price elasticity of the demand for packaged flour, due to the absence of a substitute product.

This cartel had a  number of consequences:

The majority of French millers have opted to group together in two joint-ventures that market their output on their behalf and as an agent:


Joint-ventures companies (“entreprises communes”) are not prohibited as such: they may induce efficiency gains and contribute to rationalize some segments of the value chain like production or marketing. However, in the case in point, the real purpose of France Farine and Bach Mülhe was price-fixing and sharing customers out among millers. The Autorité de la concurrence deemed that, through its functioning and the form of its operations, France Farine was the support of a genuine centralized organization of the flour market, eliminating any competition among millers, in particular on the Francine brand.

Once the commercial negotiation with its food retailer customers was concluded, France Farine allocated customer orders on the basis of a fixed allocation key: France Farine sent each order to the miller “closest to the ordering customer site”. In the end, this allocation key based on the geographic location of each constituent’s bagging facilities resulted in the allocation, for each of them, of a pre-assigned geographic area.

In the same way, the Autorité de la concurrence considered that Bach Mülhe’s methods of operation enabled its shareholder-millers to offer a single selling price for packaged flour sold to hard-discounters, to apply a uniform commercial policy and to share out customers and outputs among themselves.

Seven millers have been fined a total of €146.9 million:

The Autorité has considered that the seriousness of this anticompetitive agreement, which enabled the French millers to manipulate the main competition parameters (prices, brands; allocation of customers, markets and outputs), caused significant harm to French consumers, in particular due to its very long duration.

Added to the other aspects of the sanctioned practices, in particular the crowding-out of German imports on the French market, it resulted in the whole market being foreclosed: to maintain  the high prices achieved through France Farine for packaged flour sold to food retailers, the companies involved implemented a similar mechanism regarding hard-discount retailers through their joint-venture Bach Mühle.

The whole market was then under control, from the hard-discount segment to the food retailing sector, and all market segments of the packaged flour sector were concerned (national brands and private labels, low price brands and hard-discount).

In accordance with the Notice on the setting of financial penalties issued on 16 May 2011, the Autorité took account of the financial difficulties of Grands Moulins de Strasbourg and reduced its fine to take account of its ability to pay.

There are other ongoing proceedings regarding the milling sector in Europe: in Germany, The Netherlands and Belgium.

This press release translated into English is for information purposes only. Only Decision 12-D-09 in French is deemed authentic.