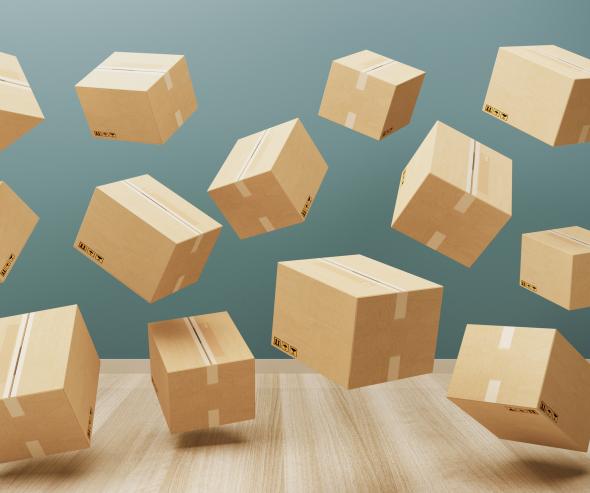 Following a referral by the Minister for the Economy, Finance and Industry and the companies Kiala France and Kiala SA (hereinafter Kiala1), the Autorité de la concurrence issues a emergency protective measure in order to safeguard competition in the parcel delivery sector.

The sector for the delivery of parcels to collection points

For a network manager such as Mondial Relay or Kiala, the delivery of parcels to collection points consists of collecting, despatching and delivering a parcel purchased by an individual from a distance selling business (primarily mail-order companies and online sale sites) to a local shop that is a member of the network (newsagents, florists, bakers, dry-cleaners etc.). The consumer is provided with their order by the retailer, which is in return remunerated for this by the network manager. Delivery to collection points is growing fast and currently represents 15 to 20% of all deliveries, i.e. approximately 50 million parcels a year, 20 million of which are for online sale sites.

Already leading the way in home delivery, La Poste is now planning to enter into a partnership with its competitor, Mondial Relay, which will enable it to offer a collection point delivery service on online sale sites combining its own network of post offices and retailers with that of Mondial Relay.

At this stage of the investigation, given the market power that La Poste already holds over the standard parcel delivery market, the size of Mondial Relay's collection point network and the barriers to entry presented by this sector, the Autorité de la concurrence considers that the implementation of the agreement would risk marginalising already existing and prospective rival operators. In fact, as a result of the agreement, the latter, only being able to rely on networks with a much lesser scope than that of La Poste, risk not being able to compete effectively with La Poste via online sale sites. Moreover, the implementation of the agreement weakens Mondial Relay's incentives to compete with La Poste insofar as, thanks to the partnership, Mondial Relay will benefit from a portion of the profits generated by La Poste through the numbers of parcels that it will be processing on its behalf.

The Autorité de la concurrence fears that, if this strategy – enlightened by a framework document from the sales management of La Poste which indicates the plan to unite all the collection point networks – were implemented, in the long run it might result in a drying up of competition in the market.

The emergency measure: the Autorité de la concurrence officially records the suspension of the agreement announced by La Poste and renders it mandatory until it makes its decision on the merits

To date, the parcel delivery segment is the only segment in which a competitive pressure is being placed on La Poste, while the postal sector has been totally open to competition since 1st January 2011. It is therefore important to preserve this competitive activity, particularly since parcel delivery constitutes one of the gateways for operators that want to invest in other segments of the postal sector.

The chairman of La Poste indicated in a letter dated 12 January 2011 his agreement to "suspend the signature of the agreement with Mondial Relay until the Autorité has made a ruling". Moreover, the Autorité officially records this undertaking and gives it legally binding force by enjoining the La Poste group to maintain this suspension until the Autorité makes a decision on the merits in this case.

1Denis Payre, who presides over Kiala France and Kiala SA, is also a member of the Collège of the Autorité de la concurrence. He has stepped back from the institution until the case is over. See the article published on the Autorité’s website on 27 January 2011.

> For more details, see the full text of decision 11-MC-01 of 12 May 2011 relative to the application for protective measures submitted by Kiala France and Kiala SA in the parcel delivery sector